The Jewish day of rest, Shabbat in Hebrew, begins on Friday at sundown and ends on Saturday at nightfall. At the Friday night dinner, Jewish families transition from their everyday lives to a more spiritual time. Tables are elegantly set and families often sing traditional songs, engage in conversation, and share inspiring thoughts.

The lighting of candles and the reciting of the kiddush blessing over wine precede the meal. Another blessing is made over challah bread before the bread is distributed to everyone at the table. Jewish parents often bless their children before the meal begins as well.

Shabbat dinners are usually multi-coursed and include bread, fish, soup, meat and/or poultry, side dishes, and dessert. While menus can vary widely, some traditional foods are Shabbat favorites.

Challah bread, which is part of the Sabbath home ritual as well as the meal, is usually sweet, made with white flour, and often enriched with eggs and oil. It is typically braided and coated with an egg wash to give it a shiny appearance. Surrounded by folklore and steeped in symbolism, challah is the traditional bread for the Sabbath and other festive holidays.

Gefilte fish, often served as an appetizer at Sabbath dinners, isn’t a type of fish, but rather a fish dish prepared a certain way, using various kinds of fish such as carp, pike, and whitefish. The word “gefilte” means stuffed in Yiddish. In the original Eastern European recipe, the flesh of the fish is removed from the skin, ground up and mixed with other ingredients such as eggs, spices, ground onions, and carrots, and then stuffed back into the skin and baked. Today, the flesh of the fish is usually mixed with other ingredients, and then poached, chilled, and served cold.

Chicken soup is classic Jewish comfort food, often served with matzo balls at Sabbath dinners. Known as matzo ball soup, the matzo balls are light dumplings made with matzo meal, eggs, water, and a fat-like oil or chicken fat. It’s not unusual to include both noodles and matzo balls in the soup.

Not every recipe is suited for serving on Shabbat because meats have to be cooked in advance, kept in the fridge, and then reheated the next day under unconventional circumstances according to Jewish cooking laws. Baked chicken dishes, roasted brisket, and slow-cooked meat dishes are typically good classic choices.

A kugel is similar to a casserole and a staple of Ashkenazi Jewish cooking. Ingredients can include noodles or potatoes, cheese, fruits and/or vegetables. Kugel can be savory or sweet and is a perfect accompaniment to a Sabbath meal. Other Shabbat side dishes often include roasted vegetables, grain dishes, and salads.

Desserts at a Shabbat meal must be pareve, according to Jewish cooking law. This means they can’t contain dairy or meat products. Interestingly, eggs that come from kosher fowl are allowed. Pareve recipes for cakes, cookies, tarts, and pies abound, and kosher bakeries that carry these desserts are found in numerous cities and towns.

Get a (Parve!) Chocolate Fix With Chewy, Gooey Brownies 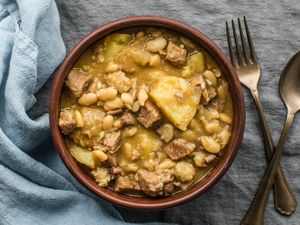 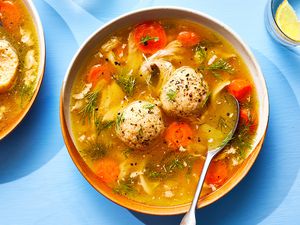 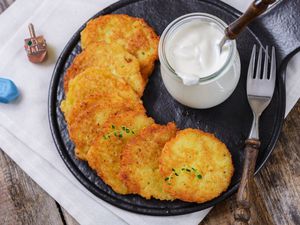 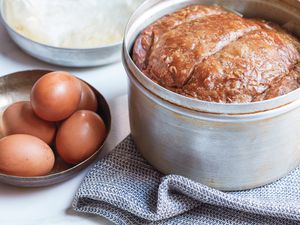 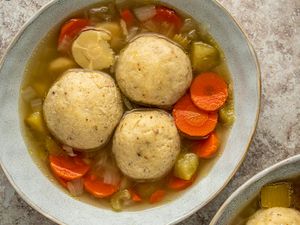 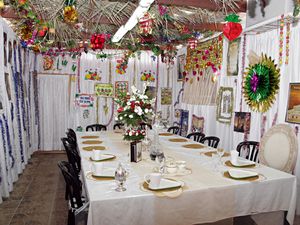 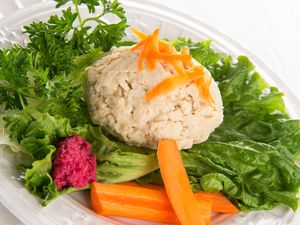 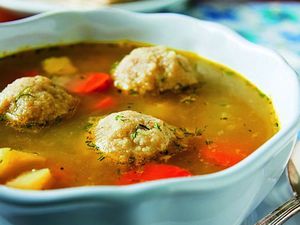 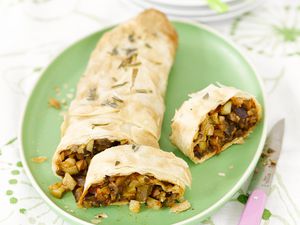 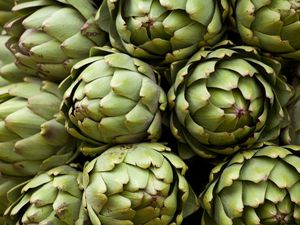