Alcohol, whether wine, brandy, cooking sherry or some other spirit is common in many cooking recipes. It enhances the flavor and often adds that certain touch you find in gourmet restaurant dishes. Many people who cannot drink alcohol for various reasons are still able to consume dishes cooked with it because the actual alcohol is burned off during the cooking process. However, a problem persists for those who follow Islamic law because any alcohol is forbidden, even when used in small amounts in cooking.

So, does that mean that all recipes that call for alcohol are off limits? No, not at all! But a little creativity is required to make those dishes as good as the version that includes spirits. There are actually many non-alcoholic ingredients out there that can be substituted for any given alcohol. And they're often ingredients that are fairly common and ones you probably already have on hand in your pantry or refrigerator.

Some alcohols have multiple items that can be substituted for them, so when doing this you can experiment and decide which substitution tastes best to you. Equally easy is the fact that most substitutions can be used measure for measure, meaning the same measurement for the substitute as for the alcohol it is replacing.

Here is a list of common alcohols that are called for in recipes, and the non-alcoholic ingredients that can be used as substitutes for them.

The word is actually Italian for "a little bitter) but the liqueur itself is sweet with a strong almond flavor. It's served by itself as an aperitif or after dinner drink and often added to coffee but its strong almond taste makes it a popular addition in cooking.

The easiest substitution is almond extract which is commonly available. Because almond extract has a much stronger flavor, only use about 1/4 the amount of amaretto called for.

Fruit flavored spirits are a combination of distilled alcohol and fruit mash. In the case of apple brandy, it is the apple taste that is needed in cooking. Apple juice, apple cider, unsweetened apple juice concentrate, and even apple butter can be used in substitution.

A teaspoon or two of non-alcoholic vanilla extract can be used to replace bourbon in a recipe.

Brandy is produced by distilling wine and it's commonly served as an after-dinner digestif. It's a strong spirit but does not have an overwhelming flavor so water is a common substitution if the amount of liquid is needed. Depending on the recipe, several different fruit juices such as white grape juice, apple juice or even cherry syrup (from canned cherries) can be used to replace the brandy.

Although the word champagne can't be used unless it contains grapes grown in the Champagne region of France, it's really a sparkling wine. As such, any sparkling fruit juice will do as a substitute. Apple, grape or cranberry juices work well, ginger ale is a good choice if you don't want a fruit flavor and even sparkling water will give the bubbles without the taste.

Espresso is a great substitution when a recipe calls for coffee liqueur. Coffee syrup can also be used, as well as non-alcoholic coffee extract.

Because cognac is just a variety of brandy, any of the brandy substitutes should work fine. Also, consider peach or apricot juice as a replacement since cognac tends to be fruity.

To substitute for crème de menthe, spearmint extract is a good choice, or spearmint oil, which should be diluted with a small amount of water.

This liqueur has a strong licorice flavor so try substituting with anise-flavored Italian soda syrup.

To substitute for peach brandy in a recipe, use peach nectar (juice) or the syrup from canned peaches. Make sure peaches are canned in heavy syrup. Peach preserves can also be used.

To replace port wine grape juice, preferably concord, can be used in equal amounts. Orange or apple juice can also be used for a lighter taste.

Cranberry juice or grape juice make good substitutes. But if the wine is for a stew type recipe, try adding tomato juice or even beef or vegetable broth to give the food a richer flavor. 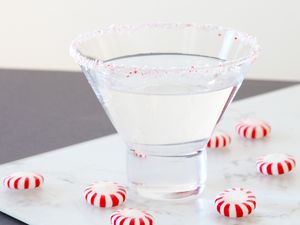 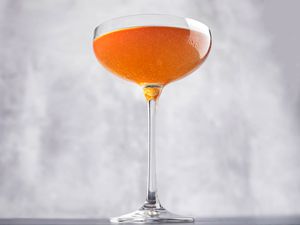 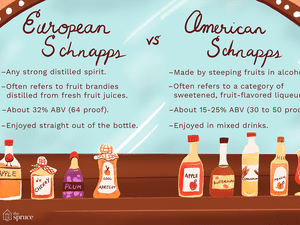 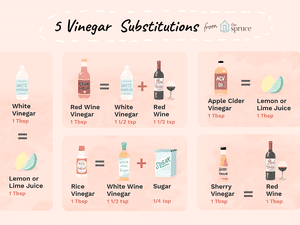 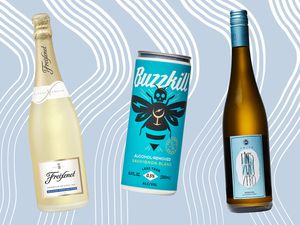 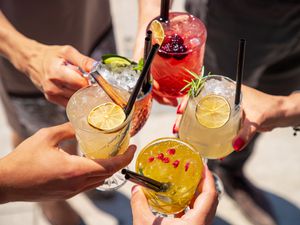