The origin of cherry tomatoes, now a popular snack and part of everyday cuisine, can be traced back to Mexico, the birthplace of all tomatoes. The Aztecs were eating tomatoes of all shapes and sizes, but modern-day cherry tomatoes are based on a variety bred by British and Israeli scientists in the 1970s. They're available year-round and are grown and eaten all over the world both raw and cooked.

Cherry tomatoes are a small variety of tomato that is named for its shape which resembles a cherry. Sometimes sold on the vine, the vegetable can range from a little smaller than a cherry to about twice the size, and can be red (the most common color), yellow, orange, green, or almost black. These tomatoes are prized by chefs for their juiciness and thin skin, which causes the fruits to pop in your mouth when eaten. Like all tomatoes, cherry tomatoes are best in the summer, but because of their small size, they can also be grown in a greenhouse while still maintaining much of their flavor and texture. The affordable veggie can be eaten as is after a quick rinse and doesn't require peeling, seeding, or even chopping.

How to Cook With Cherry Tomatoes

To prepare cherry tomatoes, simply give them a good rinse and drain or carefully pat dry. The tomatoes can be used whole in recipes, cut in half, or chopped. They are frequently eaten raw to maintain their texture and sweet juiciness. Toss them in salads, salsas, or add to a vegetable platter as a snack. Cooked or raw, they make a nice addition to summertime pasta dishes.

When cooked, cherry tomatoes take on a richer, deeper flavor while losing some of their freshness. Cook them whole to make burst tomatoes or slice and roast or sauté. Cherry tomatoes are not the best option for tomato sauce or soup due to their high skin to meat ratio.

Cherry tomatoes taste similar to other fresh tomatoes, but because of their small size, the flavor can be a little more concentrated. Bright and sweet, they have a thin, snappy peel and a very juicy center. Some varieties are sweeter or milder than others. Cooked, they take on a deeper flavor, similar to the transformation from fresh tomatoes to tomato sauce.

The best way to enjoy fresh, high-quality cherry tomatoes is to pop a few in your mouth as a flavorful snack. There are plenty of other possibilities, from salads to stuffed to roasted and beyond.

Where to Buy Cherry Tomatoes

Thanks to cherry tomatoes' small size, their flavor isn't as diluted by hothouse conditions as their larger kin, and they are readily available all year long. Look for them at your local grocery store in the non-refrigerated produce section along with the other tomatoes. They are typically packaged in pint-size cartons and are priced per package. Local tomatoes are in season in the summer, and a wide variety of heirloom tomatoes can often be found at farmers' markets.

Choose cherry tomatoes with a firm, bright skin and a fresh tomato scent. Like all tomatoes, cherry tomatoes should smell like you want them to taste. Avoid dark spots, wrinkles, and mold.

Cherry tomatoes are fun to grow at home as a summer crop. The veggies grow best in buckets surrounded by tomato cages and are typically ready to harvest a couple of months after transplant.

How to Store Cherry Tomatoes

Keep cherry tomatoes at room temperature for the best flavor and to avoid the mealy texture that can result from putting them in the refrigerator. You can keep them in a bowl on the counter for super easy snacking. At room temperature, they will keep for up to three days.

If your tomatoes are perfectly ripe and your house is a little warm, stash them in the fridge for up to two days to prevent them from becoming too ripe. Allow them to come back to room temperature before using or eating. Freezing cherry tomatoes is not recommended. 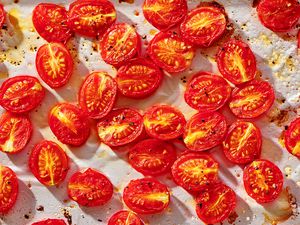 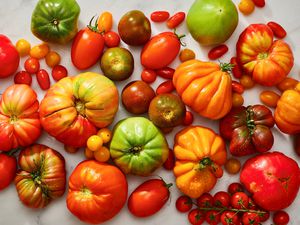 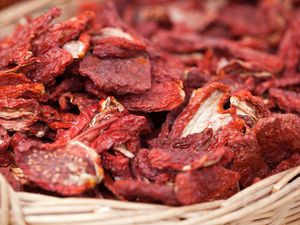 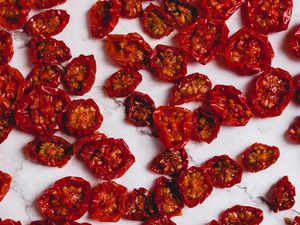 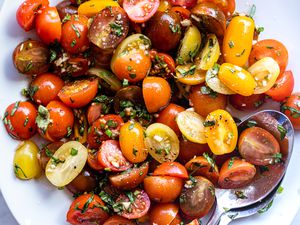