A Guide to Buying, Using, and Storing Dates

Dates are among the sweetest fruits in the world. They grow on large trees known as date palms and are native to the Middle East where they have been enjoyed for thousands of years. These chewy, sweet fruits are available in several varieties and are sold both fresh and dried. Dates can be eaten out of hand or used as a topping for sweet and savory dishes, and they can also be incorporated into salads and pureed into sauces.

The word "date" comes from the Greek word daktulos, which means "fingers," possibly named as such for the fruit's shape. Dates come in many varieties, but only a few are available in the United States. Most dates are allowed to hang on the trees to "cure" and dry a bit before being harvested so they will last longer once picked. They will still be quite soft but have a bit more of a toothsome quality to them. These are the "fresh dates" available at some supermarkets, specialty grocery stores, and farmers' markets. Fresh dates have a high sugar content, which intensifies as the fruit is dried; thus, fresh dates differ in both taste and texture from the sugared, desiccated, chopped ones sold in boxes in the baking aisle of the grocery store. Certain varieties, such as Medjool, are more expensive than others because their harvest is more labor intensive.

How to Cook With Dates

Fresh dates are delicious eaten just as they are, with a cup of coffee or mug of tea alongside to cut the sweetness. That said, there are many other ways to enjoy them, from savory appetizers to sweet desserts. Before any type of preparation, though, you first need to remove the pits. Simply slice the date lengthwise and the pit will easily pop out.

Fresh dates can be sliced in half and placed on top of toast that has been spread with honeyed ricotta cheese, or the fruit can be chopped up and sprinkled over ice cream. You can also serve them pitted and stuffed with blue cheese as a simple appetizer, or as part of a tagine, the Moroccan slow-cooked stew. Or, of course, dates play a big role in baked goods, adding sweetness and texture to cakes, breads, and cookies.

Dried dates can also be eaten as is as a snack, or you can chop and toss into salads or sprinkle on top of hot oatmeal. You can also blend them into a smoothie—they just need to be soaked in hot water for 10 minutes to reconstitute first.

If you've never had a freshly harvested date, they are worth seeking out for their insanely sweet, caramel-like taste and—this is where they differ most from dried dates—their soft, downright luscious texture. Because the sugar becomes more concentrated as the fruit dries, dried dates are much sweeter than fresh, and have a tougher, chewier texture.

You may be surprised to find a wide range of recipes featuring dates, both fresh and dried. When it comes to dates, we may initially think of baked goods, but an interesting hors d'oeuvre, such as devils on horseback (dates stuffed with cheese and wrapped in bacon) and Moroccan specialties like a chicken tagine with dates and honey are also wonderful ways to enjoy this fruit. Of course, dessert recipes abound utilizing the date's natural sweetness. If you are looking for an alternative to sugar, you can actually turn the dates into a "sugar" by simply roasting and then pulverizing them.

There are endless varieties of dates grown in the Middle East, North Africa, and South Asia. In the U.S., however, the most commonly available dates are Medjool and Deglet Noor. Medjool dates range from brown to black in color and are large in size. They have a moist texture and a sweet taste. Deglet Noor dates have amber-colored skin and a more elongated shape. They are firmer and drier than Medjools with a slightly nutty flavor.

Depending on where you live, you may also come across names such as Barhi, Dayri, Halawy, Khadrawy, Thoory, and Zahidi. If you are lucky enough to find the Barhi date (it is too fragile to ship), it is best to eat these round dates out of hand as they are the sweetest and softest.

Where to Buy Fresh Dates

Since palm trees grow best in the desert, the U.S. crop of dates is grown in the deserts of California and Arizona. The harvest then takes place between September and March, making this a fall and winter fruit. Farmers' markets in Southern California and Arizona may have fresh dates when they're in season. They are also available via mail order from some growers and may be found at specialty stores and, often, Middle Eastern markets. Depending on where you live, you might be able to find fresh dates prepackaged or in bulk at your local supermarket.

Fresh dates can be wrinkled, but they shouldn't feel hard. Look for fresh dates that are plump and have a slight glossiness to their skin. Avoid dates that have crystallized sugar on their skins (a little whiteness is okay, but not actual crystals), since that means they are not quite as fresh as you might like.

Dried dates are sold year-round in boxes or packages and often found in the baking aisle.

Dates will last up to one month when stored in an airtight container at room temperature. However, their taste will diminish over time, so for optimal flavor, it is best to eat the dates within a week. For longer storage, or to maintain their freshness, store the dates in the refrigerator packed in a glass or plastic container or zip-top bag. If you have a large quantity or would like to keep the dates for an extended period of time, freezing is the way to go. Portion them out into small containers before freezing—they will thaw beautifully and retain their sweetness.

As they sit, the dates will continue to dry out and their sugars will slowly come to the surface, creating white spots that are sugar, not mold. If they do not smell good or show signs of decay, the dates have expired.

The Ramadan Tradition of Breaking a Fast With Dates 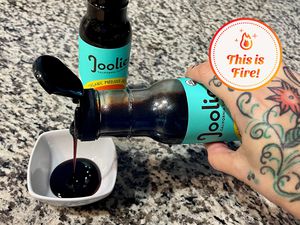 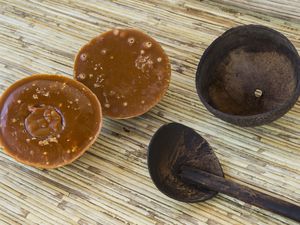 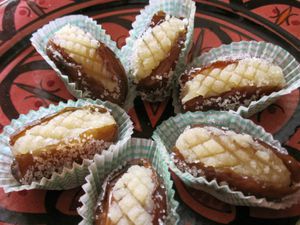