A Guide to Buying and Cooking With Pork Shoulder

Pork shoulder is a cut of meat that plainly tells you where it comes from—the shoulder of a pig's forelimb. It is also called "picnic shoulder" or "picnic roast." It is best braised, cut up for stews, or used to make ground pork. If roasted, pork shoulder needs to be covered and have liquid in the pan for most of the roasting time.

Pork shoulder is a triangular cut from the area just above the front leg of the pig. It is a relatively inexpensive cut often sold with the skin on and a layer of fat. It is included in the picnic ham cut, which also has the leg bone. The shoulder is an area (unlike cuts from the interior of the pig, like the loin) that gets a lot of exercise when a pig is alive. As a result, it is flavorful but there is less fat marbling and the meat will be tough unless cooked correctly.

Pork shoulder benefits from long, slow cooking that tenderizes the meat and melts the fat. The best cooking methods for pork shoulder are braising or stewing, but it may also be fried, baked, or made into ground pork.

Braised pork shoulder is good for slicing and serving. Ground pork shoulder adds extra flavor to meatballs and meatloaf and is used in Asian dishes, including Chinese Pork Potstickers.

If you are using the whole cut, be sure to take it out of the refrigerator 30 minutes prior to cooking. If you do not want to include the skin for crackling, you can trim it off. A first step for braising or roasting the pork shoulder is to sear it either in a frying pan or under the broiler. Then place it in a covered pan that includes liquid such as apple juice, broth, or water to cook it low and slow. This can be done in the oven or in a slow cooker.

Check the internal temperature to ensure that the pork shoulder reaches 145 F. While older instructions may say to cook it 160 F, this was revised by the U.S. Department of Agriculture in 2011. Let the meat to rest out of the oven for at least three minutes before slicing.

Pork shoulder has meaty, rich flavor and texture. It also has great sweetness when it is cooked for a long time with adequate moisture.

Traditionally, cuts labeled pork shoulder (including picnic shoulder) are from the thinner, triangle-shaped end of the shoulder whereas the pork butt or Boston butt is from the thicker, more intensely marbled end above it. Note that both are from the front limbs, not the hindquarters.

Pork shoulder is a bit better for cooking whole and slicing, whereas pork butt is perfect for making pulled pork and other recipes in which the meat is cooked until it falls apart. The marbled streaks of fat that run through it help the meat fall apart more easily once it is tender.

Both, however, are great cut up and used as stew meat and in chili. You can use them interchangeably in most recipes, although some recipes will be quite specific.

Where to Buy Pork Shoulder

You can find pork shoulder at most grocery stores in the meat section, or at butcher shops. A boneless picnic shoulder often weighs between 5 to 8 pounds and may come in netting to keep it together. A whole bone-in pork picnic cut can weigh 10 or more pounds.

As the terminology for pork shoulder can differ from place to place, speak to the butcher for specifics if you want to ensure you are getting pork shoulder rather than pork butt. Pork shoulder will be more flavorful if you can find a heritage breed, but this will usually be found only at specialty butcher shops and farmers' markets. 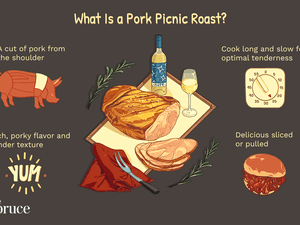 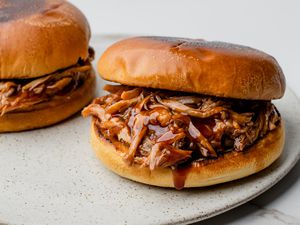 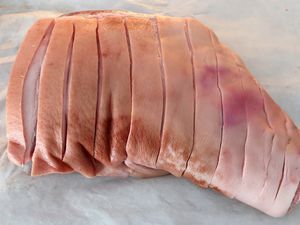 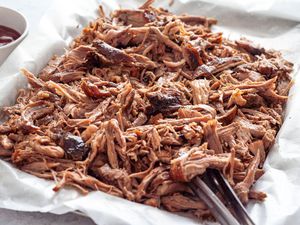 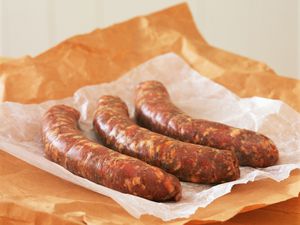