A Guide to Buying, Cooking, and Storing Tarragon

Tarragon is a leafy green herb that is highly aromatic with a subtle licorice flavor. It adds a fresh, spring taste and a bit of elegance to a variety of recipes, including salad dressings, sauces, and fish and chicken dishes, and is commonly used in French cooking. Tarragon is sold both fresh and dried, and is available year-round.

Tarragon is a culinary herb that is known for its glossy, skinny leaves and aromatic flavor. The most common type used in cooking is the French variety. Tarragon is an ingredient in many French dishes, including Béarnaise sauce, and because of its delicate flavor pairs well with fish, chicken, and eggs. In France, it is referred to as "the king of herbs" because of its ability to elevate a dish, and is one of the four herbs in the French mixture fines herbes, a combination of parsley, tarragon, chervil, and chives.

Tarragon is a perennial, meaning once planted, it will grow back every year. It is in the Artemesia genus, which includes other licorice-tasting greens like the one used in making the French aperitif absinthe. The stems are tough and woody, and the leaves are long and thin with pointed ends.

As with many other herbs, there is a great difference between fresh and dried tarragon. This difference is even more distinguishable, however, since tarragon is a delicate herb and more volatile during the drying process. Many chefs will not use dried tarragon as it has lost the fine and subtle characteristics that make fresh so appealing. If using dried instead of fresh, 1 teaspoon should be substituted for 1 tablespoon. Fresh tarragon can also be dried at home, either slowly in an oven on warm (no hotter than 200 F) or in a dehydrator.

Tarragon is one of those herbs people tend to either love or hate, depending on whether they prefer the taste of licorice. But this herb has a complex flavor that brings more than just anise to the palate. It is a combination of bitter and sweet, with touches of vanilla, mint, pepper, and eucalyptus, distinguishing it from other licorice-tasting foods like fennel. That being said, the French variety is mild, marrying these contrasting flavors together to create an elegant and delicate herb.

Fresh and dried tarragon are used differently in recipes. When cooking with fresh, the leaves need to be rinsed and patted dry before use. They are then removed from the stem, which can be done simply by running your fingers along the stem from the top down. The leaves can be used whole or chopped but be careful as they bruise easily. Fresh tarragon should be used raw or added toward the end of cooking; if left to cook a long time, the flavor will turn bitter. Dried tarragon is added early on in recipes but will not create the same effect as fresh due to its diminished flavor.

Fresh tarragon can be incorporated into salad dressings and sauces as well as chicken and potato salads. It can be snipped and tossed into a green salad or used as a garnish. Tarragon is also an ideal herb when making flavored vinegar.

Tarragon is on the ingredient list for many French-inspired spring dishes that use fish, chicken, eggs, and cheese, as well as Eastern European and Russian dishes. Adding tarragon to a recipe will boost the flavor.

If your recipe calls for fresh tarragon and you don't have any, there are a few substitution options, but keep in mind the recipe will not have the same end result. If the licorice taste is important, consider using chervil or fennel fronds, or a pinch of anise seed or fennel seed for every tablespoon of fresh tarragon called for. If you are looking for another fresh herb, swap the herb one for one with basil, dill, or marjoram. While those herbs won't add the licorice taste tarragon is known for, they'll likely work reasonably well in whatever you're cooking.

If you need a replacement for dried tarragon, dried fines herbes as well as anise or fennel seed will work.

Where to Buy Tarragon

You can find dried tarragon in the spice aisle of most supermarkets, and it's also widely available online from major retailers. Fresh tarragon may be a little trickier to find as it is not as popular as other herbs, such as parsley, chives, dill, and cilantro. If grocery stores carry it, it will be in the produce section, either in bunches or in clamshell packaging. You also might spot it at your local farmers market in the spring and early summer. It’s also possible to find potted tarragon plants at gardening supply stores or even online; place the pot in a sunny spot and remember to water it regularly.

Dried tarragon will keep for up to a year if stored in an airtight container in a cool, dark place.

When to Use Fresh Herbs vs. Dried Herbs 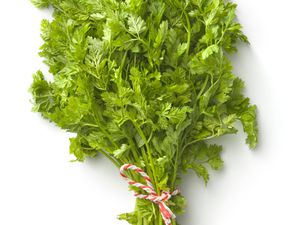 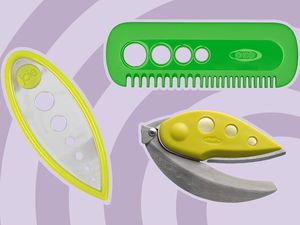 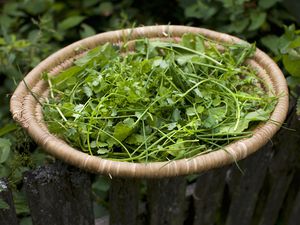