The 5 Best Beer Advent Calendars of 2021

Cheers to the holidays

Our Top Picks
GiveThemBeer 2020 Beer Advent Calendar at Givethembeer.com
Sip on 12 curated craft beers from the best breweries in the US.
Read Review
City Brew Tours Hoppy Hanukkah Craft Beer Box at Citybrewtours.com
The Hanukkah-themed box set includes extras such as bottle opener and the chocolate candy called gelt.
Read Review
Etsy Customized Snowman Christmas Countdown at Etsy
Made from birch, the seasonally festive wooden snowman can hold a dozen bottles of beer.
Read Review
Beer of the Month Club Craft Beer Club Shipment at Craftbeerclub.com
Each shipment comes with 12 curated bottles of beer—one for every night of Christmas. Free shipping is a plus, too.
Read Review
StagDesign Personalised Oak Advent Calendar for Drinks at Etsy
Fill up this festive holiday tree with your favorite bottles of beer.
Read Review

There’s plenty of pressure to get the perfect present for Christmas or Hanukkah, leading to panicked purchases that miss the target. Instead, look to the one gift guaranteed to deliver joy and seasonal cheer: beer. But don’t just slide a random six-pack beneath the tree. Invest in a beer-filled Advent calendar, the gift that keeps giving day after day. You can buy an Advent calendar that comes filled with bottles or cans, or snag a personalized Advent calendar and fill it with a custom selection of beer. Ahead, the beer Advent calendars money can buy. 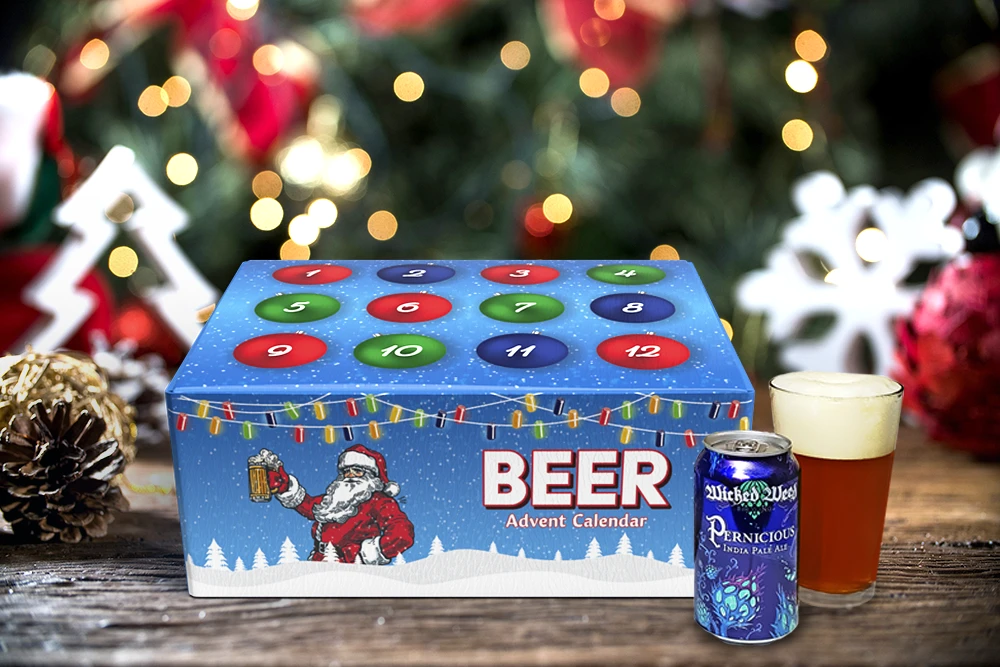 Beer lovers are sure to enjoy this Advent calendar, which includes 12 carefully curated brews from around the country, including the company's top-rated beers from this year. The beer collection comes in a festive box with 12 numbered doors, allowing you to discover a new beer each day throughout the holiday season. 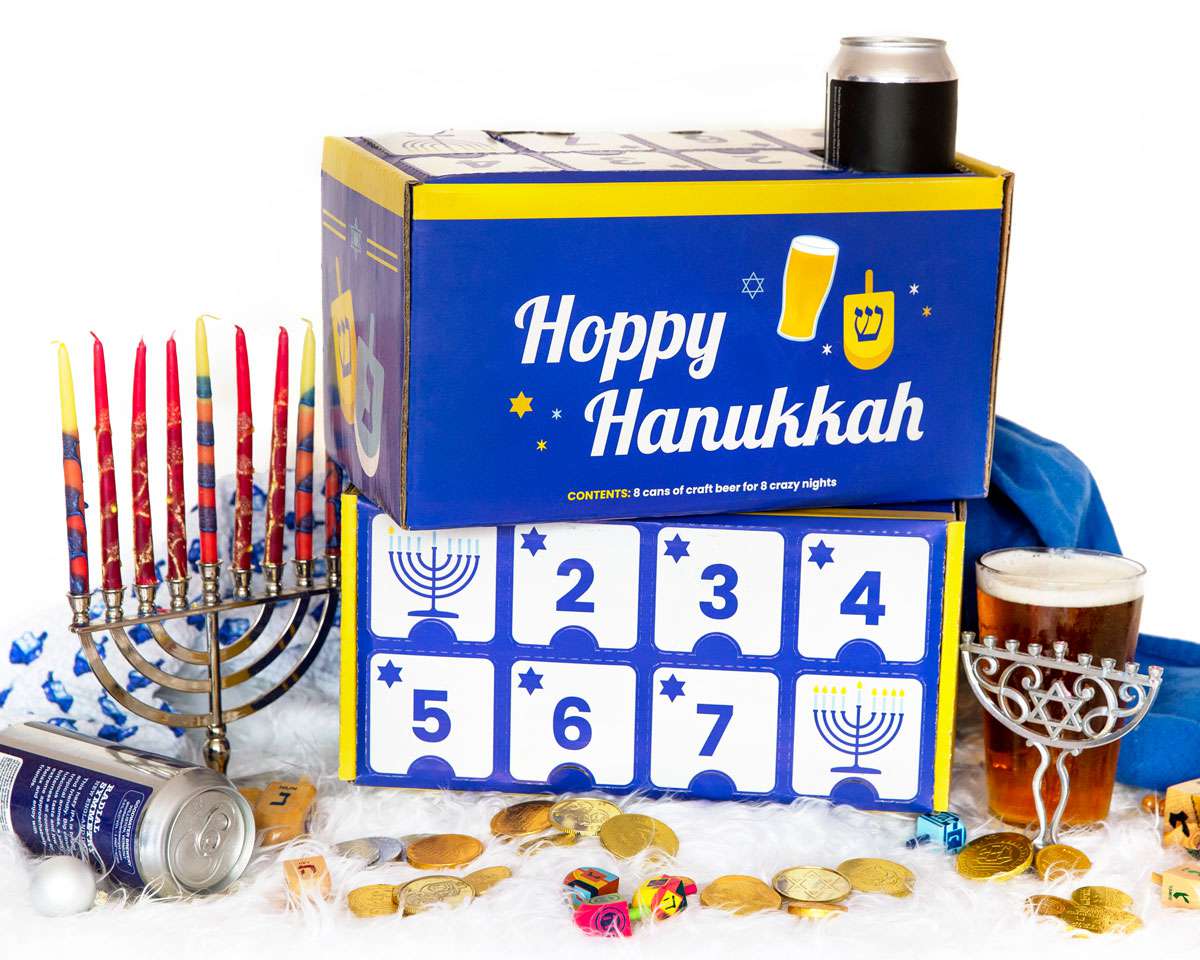 For the beer buff who celebrates the festival of lights, you’ll want to buy this box that’s good for eight crazy nights of drinking aromatic New England IPAs, chocolaty stouts, and other winter-friendly ales. The City Brew Tours team sources the beers from across the country, complementing the selections with extra goodies such as bottle openers, brewery merchandise (stickers, coasters, etc.), and plenty of chocolate gelt wrapped in foil like golden coins.

While simultaneously lighting the Hanukkah candles and drinking eight nights of unique beer is a blast, City Brew Tours sweetens the gift box with an educational component. Every night during Hanukkah, the company’s beer experts lead a live stream on social media that revolves around that day’s beer selection. Here’s a question you can ask them: What beers go best with traditional Jewish foods such as kugel, slowly braised brisket, and latkes, a.k.a. potato pancakes? 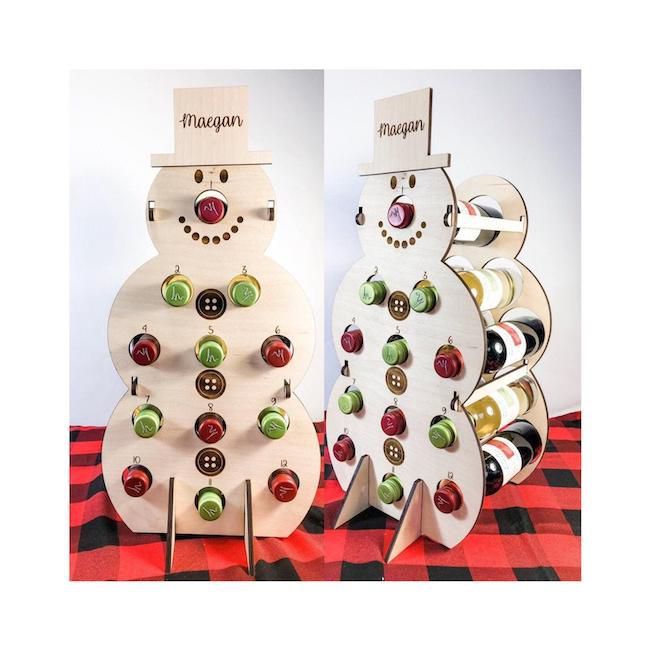 Embrace winter’s seasonal spirit with this smiling birch wood snowman that stands 2 feet tall and can hold up to a dozen 12-ounce bottles of beer. You don’t need tools or glue to snappily assemble the snowman, which you can personalize with a custom saying or the recipient’s name. Fill the numbered Advent calendar with 12 of your favorite beers. 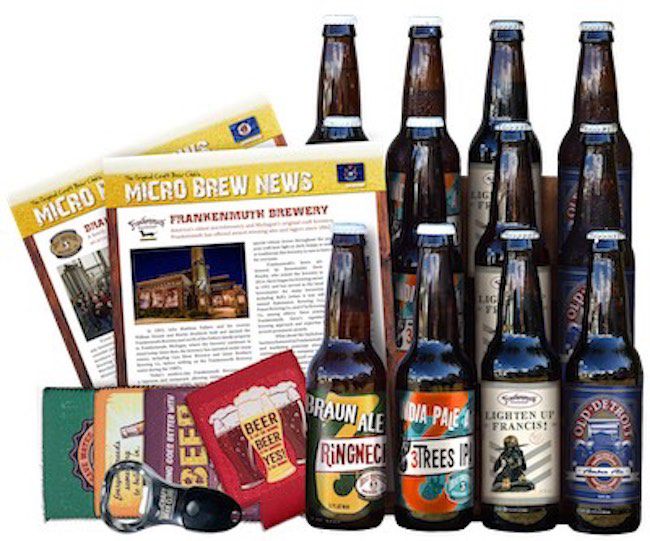 If you’re looking for 12 beers for the 12 days of Christmas, try out a shipment from the Craft Beer Club. We know that it’s not exactly an Advent calendar, but the Craft Beer Club offers plenty of extras to make ordering a no-brainer. For starters, each shipment features four different styles of beers from two different top-notch craft breweries, such as Alewerks, in Virginia, or Atlanta Brewing.

Craft Beer Club ships the package, free of charge, to all 48 states in the continental U.S., and the gift box includes a newsletter that lets you dig deeper into each beer and discover proper food pairings. Additionally, there’s no need to commit to a monthly membership, and the gift comes with a one-year subscription to The Beer Connoisseur, an online magazine. P.S. You can also upgrade to 24 bottles of beer, which you can hide inside this yuletide-appropriate package featuring Santa reclining by a fire.

Preorder This Popular Whiskey Advent Calendar Before It Sells Out 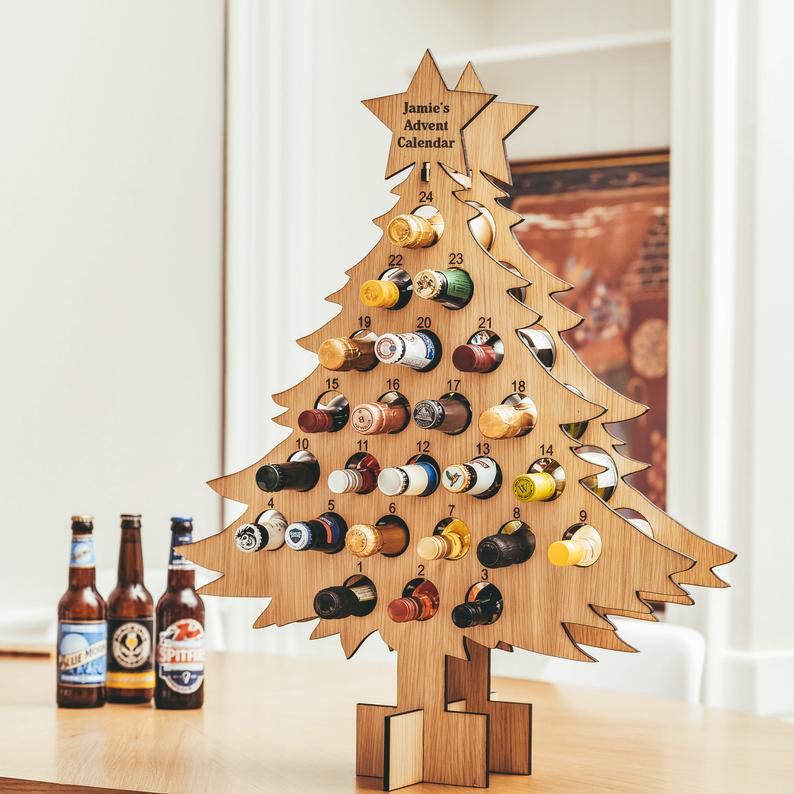 Can't find a beer Advent calendar that includes your favorite brands? Then make your own this this cool reusable Advent Calendar for drinks. The tree-shaped calendar stands up on its wooden base, and it can hold 24 bottles of beer (or even small bottles of wine, if you want to switch it up). The whole structure is quick and easy to assemble, and you can even opt to have the star personalized with your name for no added cost.

The 15 Best Gifts for Beer Lovers of 2021
Final Verdict

Our top pick for a beer Advent calendar is the GiveThemBeer Beer Advent Calendar, which includes a great selection of brews. However, if you want to pick your own beers and display them in a countdown stand, you can't go wrong with the Beer Christmas Countdown Snowman.

Joshua M. Bernstein, the author of this piece, knows beer. He's penned five books on the subject, as well as articles for The New York Times, Wine Enthusiast, Men’s Journal, and Imbibe.