With a little guidance, it’s incredibly easy to find high-quality rums at affordable prices. These play well in traditional rum drinks, like piña coladas, mai tais, and daiquiris, but are also excellent when subbed in for whiskey in classic cocktails, such as rum old-fashioneds and rum and tonics. To help find the best bottles on a budget, we asked some of the country’s most knowledgeable bartenders to list their favorite wallet-friendly options.

Here are the best cheap rums.

This rum was specifically created for mixologists by famed bartender Jim Meehan of New York City's Please Don’t Tell. The name gives a nod to the rum’s origin: It’s a special blend of five rums (aged three to five years) from five different Islands, including blackstrap molasses rum from Jamaica, Batavia Arak from Java, and rums from Guyana, Barbados, and Trinidad. While this technically is a white rum, it has incredible depth and adds layers of flavor to cocktails.

“Bank's Five Island is the easy go-to for my favorite cheap rum,” says Gavin Humes, the food and beverage director of Scratch|Bar & Kitchen. “With a little funk and a delicious spice and brown sugar quality, it's fantastic in my favorite rum drink—a daiquiri.”

Humes says the bottle, named after 17th century explorer and naturalist Sir Joseph Banks, “works for just about any purpose, as long as you want to be able to taste the rum."

Crafted in Puerto Rico, this rum is made via column still and finished with no additives or colorings, which is rare in the rum world. It starts with a base of three year aged rum, and then a blend of spices (including cinnamon, vanilla, clove, nutmeg, and caramel) is added to the base to create radiant autumnal flavors. In comparison to other spiced rums on the market, this one leans less on cinnamon flavors and more on complex winter spices.

“Don Q Oak Barrel Spiced Rum is one of my go-to rums to use in cocktails in the fall and winter,” describes Marta De La Cruz Marrero, the food and beverage supervisor at Burlock Coast in Fort Lauderdale, Florida. “It’s a spiced rum with warm flavors and golden hues. It’s got this heavier texture thanks to the American white oak barrels aging that imparts crisp vanilla, cinnamon, caramel, and honey notes.”

De La Cruz Marrero also says,“It is excellent to add it to your coffee with these types of taste notes, especially with the vanilla and caramel. Not only is the taste great, but it’s also affordable.”

Gonzalez dives into the colorful story of the bottle: “Many moons ago the Echeveria family sold the original recipe to Bacardi when they fled Cuba due to the tyranny that was the Cuban government. Bacardi held the recipe in its vault for many years while the Cuban Government seized the Arechabala family’s assets, including the Havana Club distillery in Cuba. They began producing a rum there and distributed all over the world as Havana Club. Since the Cuban Havana Club is not permitted in the U.S. due to the embargo with Cuba, Bacardi decided to revive the brand using the original recipe that was given to them by the family who founded it. I highly recommend this for any rum lover.”

The light Cuban rum is made from several different aged rums, blended together and aged in the Caribbean for a year in oak. Try it in the quintessential Cuban cocktail: the mojito.

View On Wine.com View On Caskers View On Minibar Delivery

El Dorado has arguably the best value rums on the market. Made by Demerara Distillers, The El Dorado 8 Year is well balanced with a spicy finish and dark chocolate and dried fruit notes. That spice on the finish lends itself well to daquiris, mai tais, piña coladas, and more, as the flavors won’t get overwhelmed by a melee of tropical flavors.

“I feel like this is a rum that gets overlooked, but is very surprising,” says Hope Ray of The Holler in Bentonville, Arkansas. “It's earthy, but spicy and just strange but I think that’s what most professional bartenders are looking for. This rum is perfect for tiki cocktails and can be drunk straight, as well.”

Best for Rum and Coke

Compared to rums, which are made with molasses, agricole-style rums call for sugar cane as the base. Rhum Barbancourt is made with locally grown Haitian sugar cane, and then aged in French Limousin oak barrels. Kyle Law, the head bartender at the Alleycat Lounge, loves Rhum Barbancourt because “it’s cheap and funky, and I love agricole. The white is delightful in a daiquiri and the aged makes a fantastic old-fashioned.”

“Plus the story is awesome,” he continues. “Dupre Barbancourt basically said, 'I’m leaving France for Haiti, and I’m going to start making rum the same way we make Cognac. It will be far better than Cognac.'"

While that's still up for debate, Rhum Barbancourt has an earthy, funky air with a brandy-esque texture. Try it in a Cuba libre or sip it neat. If you want to spend a little more, though, Barbancourt’s 15 Years Old rum is surprisingly affordable.

The name of this bottle is a node to Captain Bill McCoy, one of the most infamous rum runners of the Prohibition era. He was regarded as having the best rum around, which drinkers began dubbing “The Real McCoy.”

While alcohol is legal now, today’s bottles (made in partnership with Foursquare rum distillery) are still top-quality with round flavors of butterscotch, caramel, baking spice, and honey wood. The 5 Year is made from a blend of pot- and column-still rums aged in ex-bourbon casks for five years. All rums are sourced from a veteran, fifth-generation distiller in Barbados. Sip it neat, on the rocks, or let it shine in a rum old-fashioned or seasonal eggnog.

The 8 Best Bartending Guides and Cocktail Books in 2022

What to Look for in a Cheap Rum

A rum that fits into your budget has to be affordable for you. A good selection of cheap rum can cost anywhere from as little as $10 to $40.

If it doesn't taste good, then no matter how cheap it is, the rum will end up sitting in the cupboard or even poured down the drain. A good cheap rum doesn't sacrifice taste and will go well in a mixed drink, from daiquiris to a simple classic rum and Coke, or over ice.

The type of rum you get will depend on what you're craving in a rum. There are white, gold, dark, spiced, and other rums that offer different flavors and levels of sweetness. These kinds of rum also provide better selections to use for the cocktail you want to enjoy. Spiced rums go well with tropical drinks, like piña coladas, while white rums go with just about any cocktail. Dark rums are good "neat" and with the traditional rum drinks.

Rum is an alcohol made from fermented sugar. There are many flavors and colors of this popular liquor, and it is enjoyed on its own or within numerous cocktail drinks.

What type of rum is best to use in cocktails?

There is no right or wrong answer, as it really all comes down to your own taste and preference. Some people prefer white rums for everything, while others choose only dark rums for sipping and spiced rums for mixing with their sodas or tropical types of cocktails. It is totally up to you.

What is spiced rum?

It is a rum that has been flavored with spices and other ingredients, including coconut, vanilla, caramel, honey, among other additives. Spiced rum can vary in color from light to dark, also.

Kate Dingwall is a sommelier and spirits writer. She has been writing about the bar and spirits world for five years and has her BarSmarts and WSET certification. Sidecars, sazeracs, you name it—she loves a brandy cocktail. 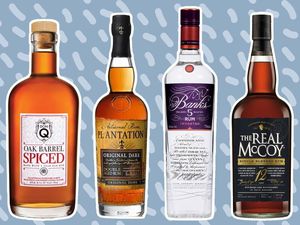 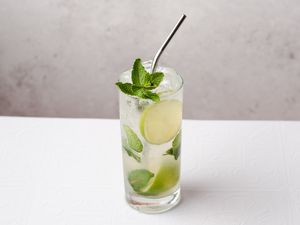 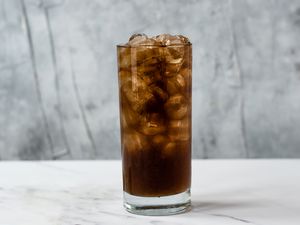 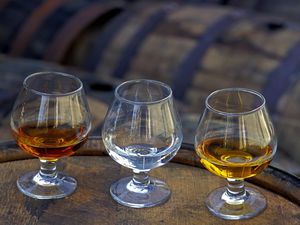 A Guide to Popular Brands of Rum 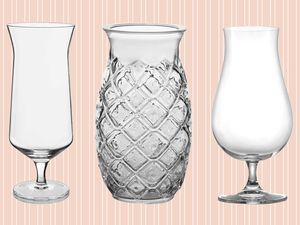 The Best Hurricane Glasses to Transport You to a Vacation Getaway 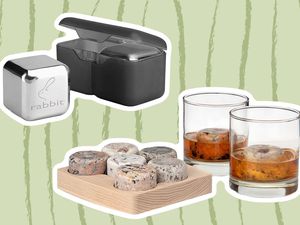 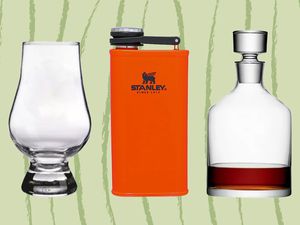