As anyone who's done any amount of baking knows, there are more types of flour out there than you can shake a stick at. Or a rolling pin.

But how do all of these various flours come into play when it comes to making pasta? Can you use the same ones? Do some not work for pasta? And is any one type the best?

First, What Exactly Is Pasta?

Before we go any further, let's remind ourselves of what pasta is. It's really simple: Pasta is just flour plus something liquid. Sometimes that liquid is water and sometimes it's egg. Some cooks even use milk, but for the most part, eggs or water are the main choices.

The goal with pasta is to mix the flour and the liquid into a dough that is firm enough to withstand the process of boiling it without falling apart, or congealing into a blob of starch, and still turn out al dente (meaning it should be firm to the bite) when you serve it.

Firmness is key with pasta. Contrast this with baked goods, like muffins, cakes, or pastries, where the goal is tenderness, not firmness, and it should start to make sense that not only is the process different, but the flour itself would be different as well.

Because firmness is so important with pasta, choosing a hard, high-protein, flour is a safe bet. And with wheat flour, the protein we're referring to is gluten. Gluten is what gives pasta its bite and elasticity. So, higher gluten equals more firmness and elasticity.

But all flour has gluten in it and the gluten is developed in relation to how long the dough is mixed and kneaded. More mixing makes a firmer, stretchier dough. That means a medium flour, like all-purpose flour, can work for making pasta, but you'll need to mix it enough.

Remember, too, that much of the stretchiness of a pasta comes from letting the dough rest after kneading it, as much as from the kneading itself.

On the other hand, a soft flour like cake flour, or pastry flour, wouldn't make a good pasta. There's no amount of kneading that will make a good, chewy pasta from those flours. It's not their fault—that's just not what they're made for. Save them for making cookies, cakes, and pies.

One of the most popular flours for making pasta is semolina flour, which is a coarsely ground flour made from a particularly hard variety of wheat called durum. In fact, the word durum means hard (as in the word "durable"), in reference to the amount of force it takes to grind it. This hardness also happens to correspond with its protein content, which is around 13 percent (as compared with all-purpose flour, which has a protein content of 8 to 11 percent).

Its coarse grind gives pasta made from semolina a rougher texture, which is great for hearty sauces to grab onto. Another feature of semolina flour is that it has a natural golden hue to it, which comes from the color of the durum wheat itself. That means you can make pasta from semolina flour and water and it will have a natural yellow color to it.

This is important, since pasta made from all-purpose flour and water, or even bread flour and water, will be plain white, looking more like rice noodles than pasta. Even though you might not think of pasta as being yellow, you'll likely miss that color if it's not there.

Now, many pasta recipes use either whole eggs or egg yolks as their liquid and the egg yolks themselves impart the expected yellow hue to the pasta. And in almost all cases, this is all you need.

But sometimes, for example, if you're making stuffed pasta like ravioli, or any number of other pouchlike pasta bites, you might not want to use eggs. The fat in the egg yolks will interfere with the gluten development, causing the dough to become slightly crumbly, akin to pie dough. This can then lead to the ravioli breaking apart when you cook them.

The solution: Use semolina flour and water to make your stuffed pasta. It'll be yellow AND it will hold together when you cook it.

So, What Is the Best Flour for Making Pasta?

But if it's a choice between driving to the store or using all-purpose flour, go with the all-purpose. It'll make great pasta. And you can get always the semolina next time.

How to Make Homemade Pasta in 10 Easy Steps
Featured Video 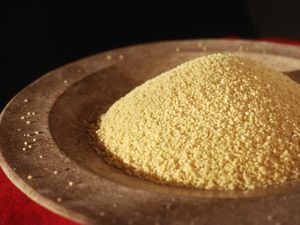 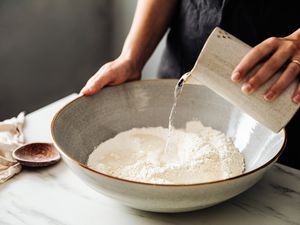 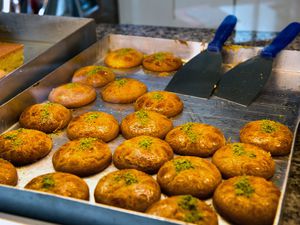 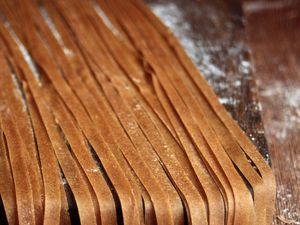 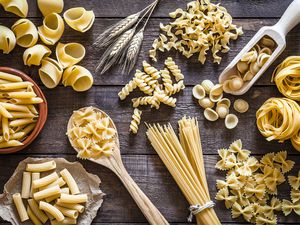 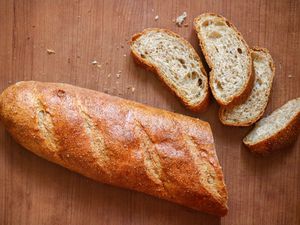 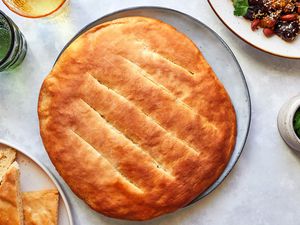 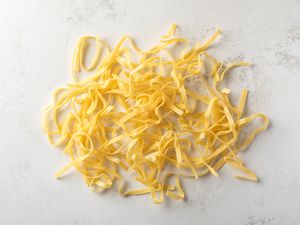 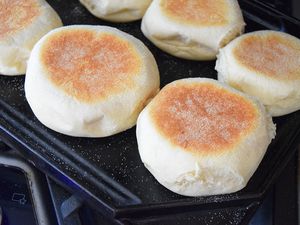 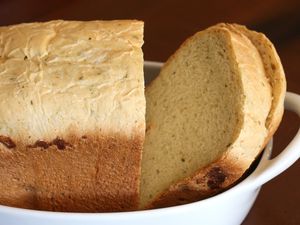