You know what? I DO feel like chicken tonight. 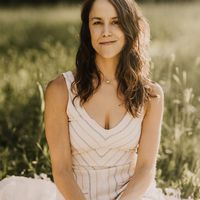 Sometime in the last 30 years, commercials have gotten a lot less… awesome. What used to be a genre of thoughtful, clever, and catchy advertising has now become uninspiring and overplayed. If you grew up in the '90s (‘87 baby here), you’ll likely remember commercials as being one of the best parts about watching television.

In the '90s, commercials were hilarious and quirky; they became cultural touchstones, rather than obnoxious ads we had to watch three seconds of before clicking through. And no type of commercial did this better than the food commercial. I could spend this article bemoaning the loss of “fun” food as virtue-signaling and austere wellness culture take over, but then what kind of writer would I be? A not-cool one. 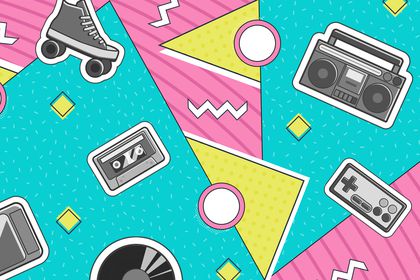 Instead of cranking on about the problems with television, diet culture, and society at large, let’s keep things light and reminisce together about some truly iconic '90s food commercials. I had a few favorites, but after polling my friends and family online, I was reminded of so many other goodies. I bet you remember all of these, too.

“Is this why I now love mountain biking?” my outdoorsy older sister mused after reminding me that we both used to fangirl over this commercial. In the clip, a collection of young, attractive, questionably-dressed friends beast around some sweet mountain trails while chomping on—and at times, feeding each other sticks of—Juicy Fruit gum. “The taste is gonna moo-oo-ve ya!” the jingle croons in the background; a phrase which led my young sister and I to run into the kitchen, begging my mother for “Amoolya” gum. For weeks, the story goes, she thought her small children were speaking in tongues, until she caught the ad on TV and realized we just wanted gum. Advertising. It works!

This one aired in 1992, and has lived rent-free in my boyfriend’s brain ever since. “How has this one not been posted yet?” he wondered in the comments section of my Facebook poll. The ad, for a jarred simmer sauce made with “real vegetables and herbs,” shows a variety of people making their arms look like chicken wings and flapping around as they go about their days. The jingle—”I feel like chicken tonight!”—was the most memorable part, but after my rewatch, I’ve got to say I’m kind of digging that mustachioed policeman at :10 seconds.

Bagel Bites made waves in 1995 with the assertion, “When pizza’s on a bagel, you can eat pizza anytime.” Well… yes. You can also eat traditional pizza anytime, but I digress. The collection of kiddos and teens chowing down on Bagel Bites here is what made this commercial fun. They all really looked like they were having the time of their life with those bland little bagels. 35-year old me just has two questions: Is the kid at :18 playing soccer in a karate uniform? Did anyone else feel annoyed that the cheese *never* melted properly?

Did you know Gushers were made by Betty Crocker? I missed that detail in ‘95 when this commercial aired, but can you blame me? Kids heads were morphing into giant pieces of fruit upon eating these gummy fruit snacks. The centers, which—as you’ll remember—gushed out upon biting, were made from a jelly-like substance which calls to mind ectoplasm. I originally recalled this commercial as being fun but after revisiting it, I’d classify it in the mildly-terrifying column. It’s mostly the banana. He’s giving bad vibes.

This is it! The origin of our collective Alexander Hamilton obsession! In the most memorable of the “Got Milk” campaigns, a history buff takes a giant bite of a peanut butter sandwich before hearing the prompt for a radio call-in contest. The announcer wants to know: Who shot Alexander Hamilton? “Aah-oh Buh!” the man struggles to relay into the phone. His mouth is sealed shut with legumes, and—tragic!—he’s out of milk. His allotted time passes, and with it, his chance at a cool $10k. Do we think Lin Manuel Miranda was influenced by this ad?

Mmm, more gummies. “Just when you thought it was safe to eat shark bites,” the voiceover begins, which—did we decide this was safe? Seems sketch, but let’s continue. As soon as our bespectacled hero tears open a package of tooth-shaped snacks, his classroom is turned into an underwater cartoon. “Class dismissed,” the nervous teacher mutters, and the kids careen into the halls. “A shark’s tooth!” the boy marvels, pulling a chewy molar from a giant bite mark in his desk. I don’t want to be that person, but I can’t help but think the snacks look less like shark teeth and more like they belong on the set of Sharp Objects.

There’s just… so much to unpack in this commercial. I’m at a loss for where to start. The talking haunted house? The hat that contains an entire flower garden on its brim? Whatever the heck is happening at :21? Consumer Time Capsule, the YouTube account that uploaded this video, attempted to make sense of the ad with the succinct caption, “A spirited hip hop music video explains that even though they're smaller than the standard waffle, Eggo Minis are still designed to go in your mouth.”

Little-known fact: The '90s were a big, big time for sharks. Honestly, their agents must have been working overtime. The ‘97 Hostess Cupcake commercial was undeniably this shark’s breakout moment with the unforgettable line, “Hey! Where’s the cream filling?” My favorite part is when his cute little shark fins pop through the inner tube. Anthropomorphized animals just really do it for me.

This series of ads started in the '80s but proved so popular, they aired well into the '90s. You know the drill: Rich white man is enjoying a plated meal in the back seat of his chauffeured Rolls-Royce, as rich white men are wont to do. A second Rolls pulls up, containing another fancy fellow, who inquires as to whether the first passenger may, “Have any Grey Poupon.” Naturally, he does—a whole jar of it—but whether he hands it over depends on the specific ad. A commenter on the YouTube compilation reminisced that, “​​My dad kept grey poupon in his glove compartment in his Jag because of this ad. It was really popular at the time and teenagers actually stopped and asked him this. And he gave it to them and they were like wtf!,” which is the best thing I’ll read on the internet, possibly ever.

This commercial has all of the necessary ingredients for a '90s hit: Ponytailed mom; gently irreverent boys doing sports; and an assurance that the product contains, “healthy junk.” Sunny Delight, or, as it’s known since its rebranding Sunny D, tastes like, “orange and tangerine,” but has expanded its offerings to include blue raspberry and lemonade. They seem to be doing all right, based on their social accounts that lean heavily on the weird, but IMO nothing will ever compare to the forced wholesomeness of their '90s spots. 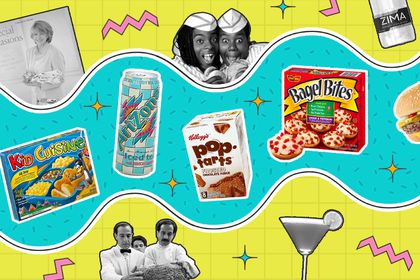 As a '90s Kid, Nigella Taught Me That Being Perfect Is Besides the Point
I Love the '90s
Moments That Defined a Decade
Nostalgic Foods 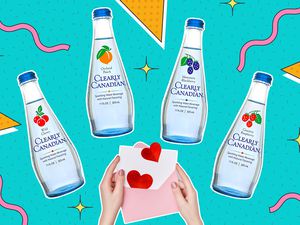 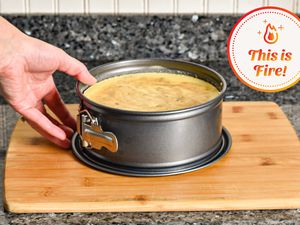 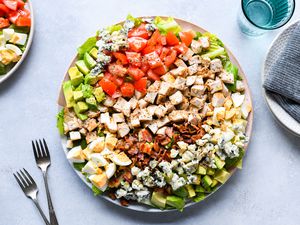