The world of fruit beer is more exciting than ever, offering many unique, fun, and refreshing brews to discover. It’s a category that stretches far beyond lemonade-beer shandies to include a great variety of fruits in nearly every style of beer. As seen in the famous lambics of Belgium, fruit beers are nothing new, though they have been adopted by creative craft brewers on a larger scale. Tart citrus fruits and berries are common in fruit beers, and you will find a few sweet brews as well. Others stretch the normal taste perceptions of beer without actually losing the hoppy flavor.

Here's our list of the best fruit beers to try this year. 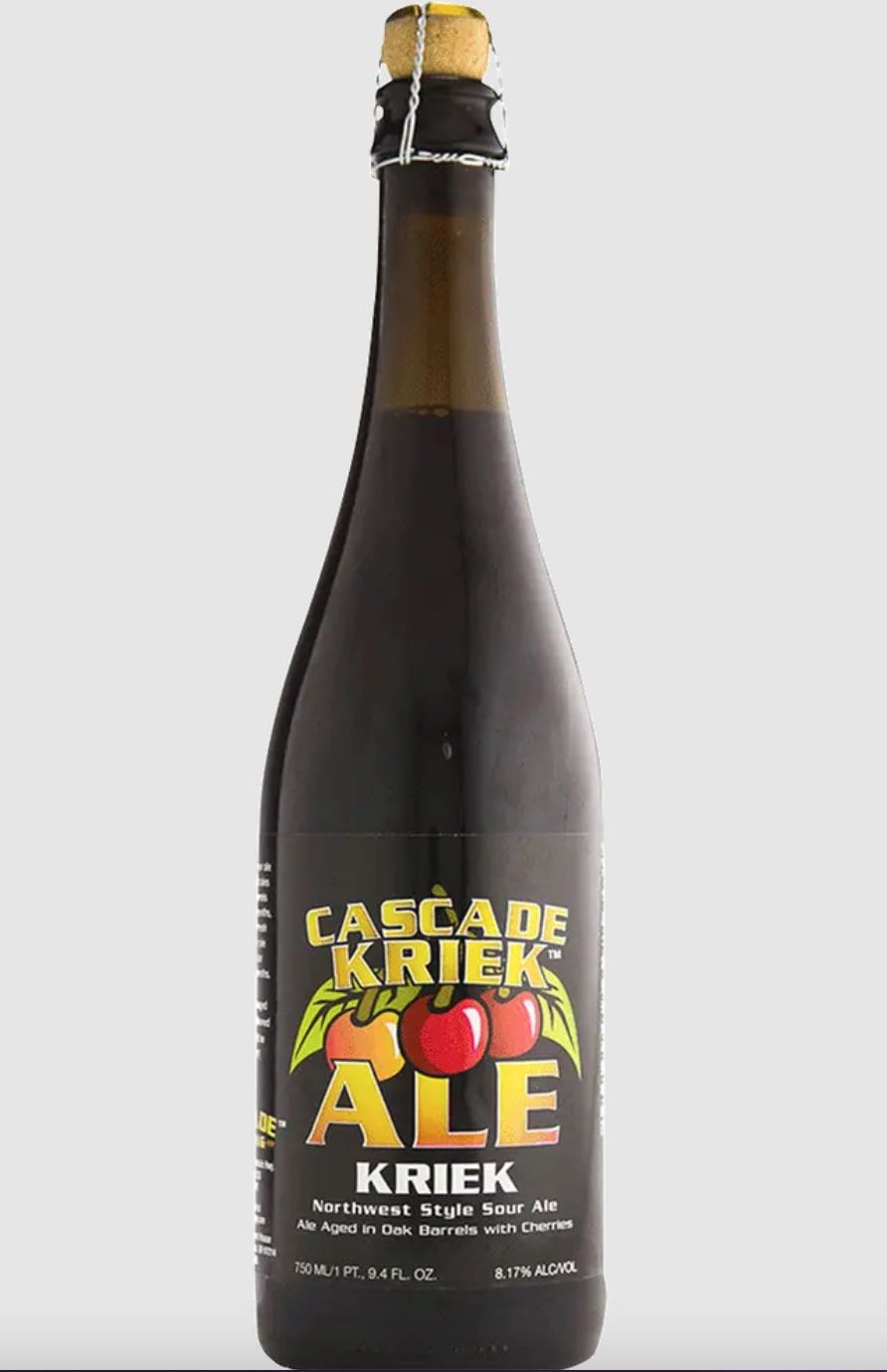 Cascade Brewing’s Kriek Ale (7.4 percent ABV) is a stunning example of finely crafted fruit beer. It is the flagship of the Oregon brewery’s famed and innovative Northwest sour ales and highly rated by beer critics. At first glance, you’ll also notice that this is no ordinary beer; it’s sold in 750-milliliter bottles and corked as if it were Champagne.

Kriek is a cherry-flavored Belgian lambic. Cascade’s interpretation takes a traditional approach by barrel-aging a blend of Flanders-style sour red ales. Inside the former red wine barrels, the beer rests for nearly a year and a half with tons of fresh Bing and sour cherries. The result is a tart beer with dry dark fruit and oaky flavors. It's a juicy, bold, and perfectly carbonated beer that’s ideal for dinner. 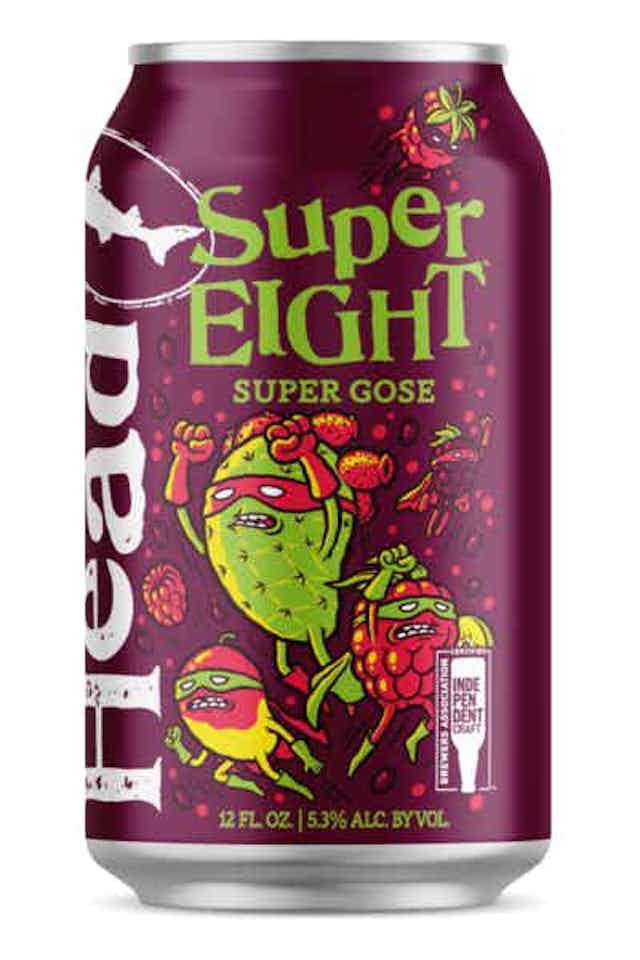 Dogfish Head is a craft brewery in Delaware that likes to team up with unsuspecting partners to create truly innovative brews. SuperEIGHT is a collaboration between the brewers and Kodak—the photography company—in what began as a challenge to see if beer could develop Super 8 film (apparently, it can).

This wheat ale is a fruit gose, one of the signature styles of sour beer. It’s brewed with a combination of blackberry, boysenberry, elderberry, kiwi, mango, prickly pear, raspberry, toasted quinoa, and red Hawaiian sea salt. That is definitely no ordinary beer ingredient list! The sessionable beer is 5.3 percent ABV, a vibrant red color, and has a fruity, tart, and refreshing taste as fascinating as the story behind it. 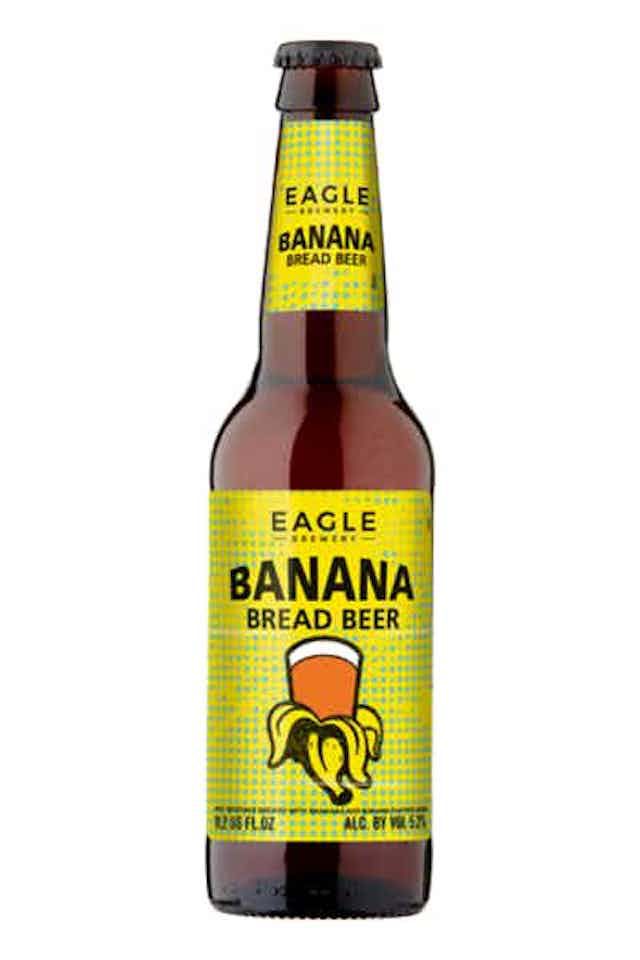 If you've heard anyone talk about banana bread beer, it was likely this bottle. Until very recently, this old hat in the fruit beer scene fell under the Wells & Young label. Now you'll find a redesigned bottle—complete with a bright yellow label that definitely stands out—under the Eagle Brewery name. It's the same British beer that’s been delighting beer-drinking banana bread fans for years.

There's nothing you won't love about Banana Bread Beer; it tastes just like it sounds. It's a darker golden ale with a light body and the sweet aroma of bananas (a perfect amount carries through in the taste) that’s bottled at 5.2 percent ABV. It's simply a fun, unique beer that’s perfect as a liquid dessert. 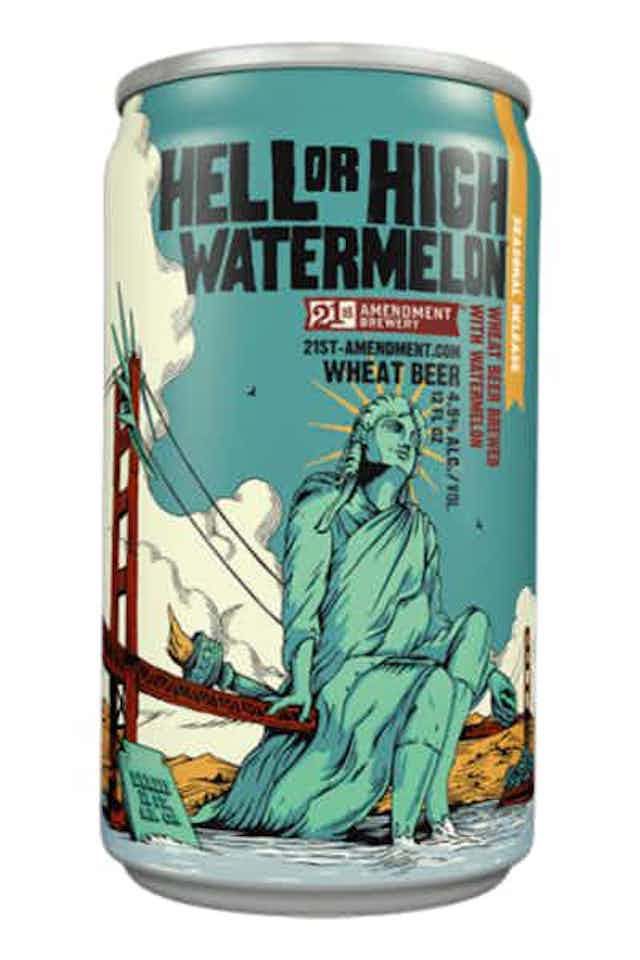 View On Drizly View On Minibar Delivery View On Totalwine.com

Watermelon is the ultimate summer fruit. This wheat beer from 21st Amendment Brewery captures that taste perfectly. It’s brewed with real watermelon puree and is a delicious, easy-drinking seasonal.

When poured, this looks like almost any other beer with its straw yellow color that’s just hazy enough to remind you that it's brewed with wheat. Accented by the sweet scent and flavor of melon, it's backed by a nice wheat flavor that makes it really interesting.

At just 4.9 percent ABV, it's as light as it is refreshing and an excellent alternative to homemade watermelon beer. It makes a great pairing with fruit salads, grilled seafood, and similar summer fare. 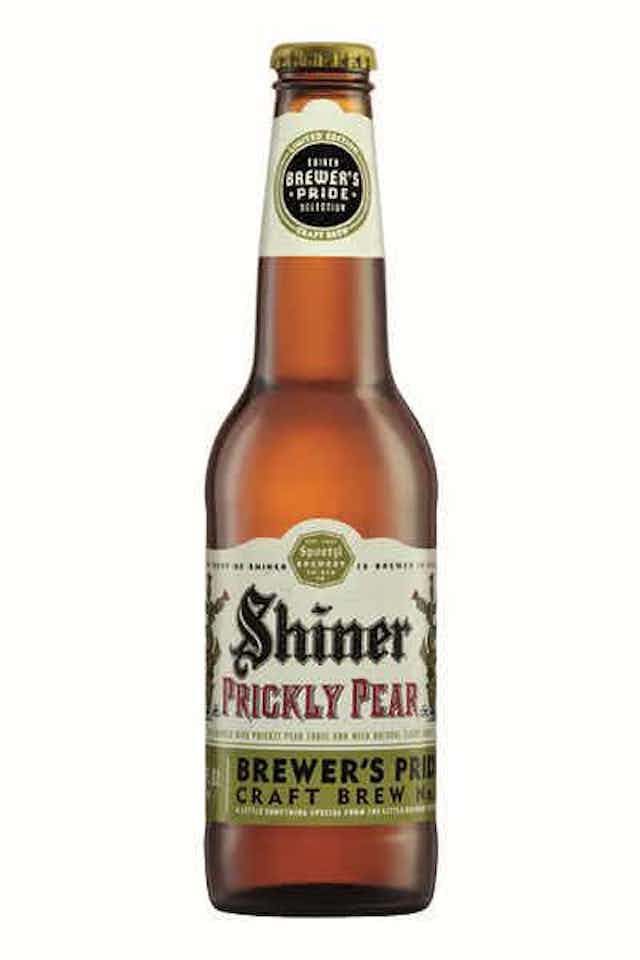 Brewers need to grab the attention of drinkers browsing the beer cooler, and one common approach is to use unusual ingredients. Prickly pear definitely falls into that category. Shiner pulls it off with the style and craftsmanship that beer enthusiasts have come to expect from Texas’ Spoetzl Brewery.

Citra hops add a tart aspect that complements the sweet cactus fruit in this 4.9 percent ABV amber lager. It’s a summer seasonal that’s brewed in small batches and has a refreshing amount of carbonation. Originally released in 2015, it took a year off when the brewery released its Strawberry Blonde, but devoted fans coerced the brand to bring it back. It remains a beer that many look forward to every year. 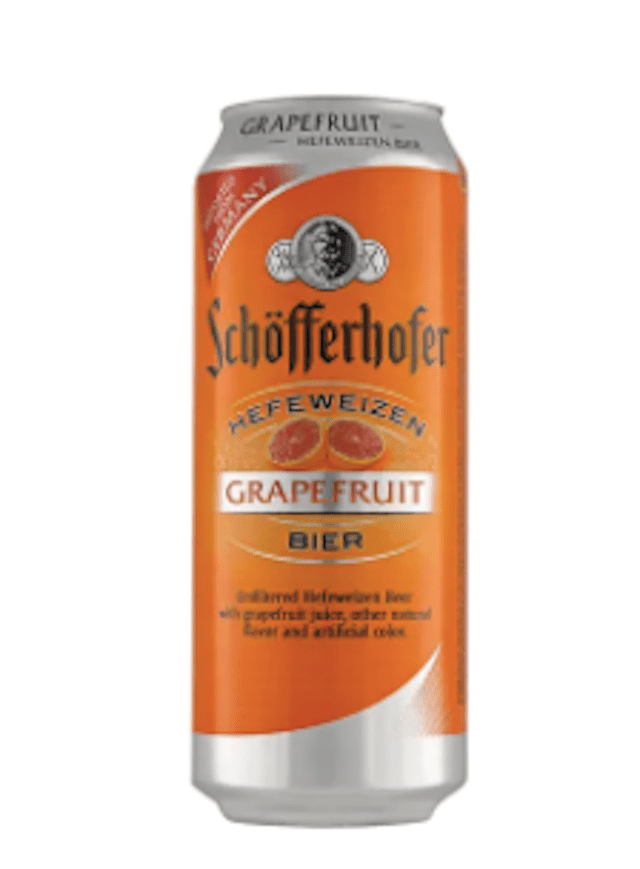 View On Drizly View On Instacart.com View On Totalwine.com

Wheat beers are an excellent base for a little fruity flavor, and Schöfferhofer Grapefruit Hefeweizen is one of the easiest drinking brews you'll find. It’s been around since 2012 and is so popular that it's widely distributed and makes an appearance in many beer coolers.

This is an interesting year-round option because it's a 50-50 mix of the brewery's German Weizen beer and carbonated grapefruit juice. That gives it a sort of radler feel, though switching from that drink’s lemon to grapefruit is a fantastic change. The sweet wheat background complements the tart citrus wonderfully. It's bright, refreshing, and—at just 2.5 percent ABV—it's totally sessionable and light enough to be enjoyed with brunch or at picnics.

The 6 Best Beer Koozies, Sleeves, and Can Coolers 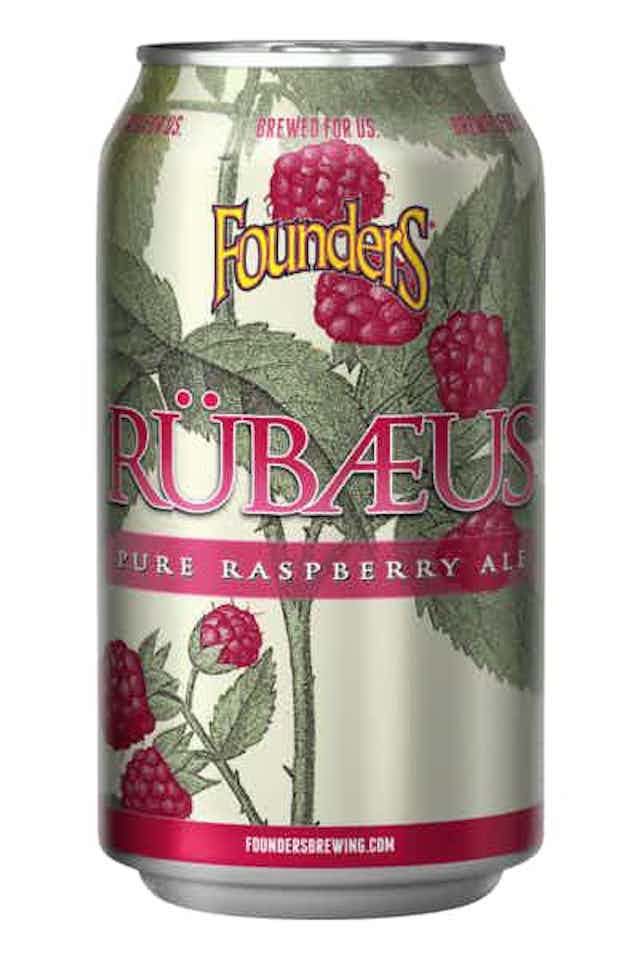 For many breweries, fruit beers are a seasonal release that make an appearance when the days heat up. Founders Brewing Rübaeus (pronounced roo-bay-us) is a year-round staple and tastes like liquid raspberry sorbet with an ale twist.

This Michigan brew is a little sweet, but it also has the tart taste of fresh raspberries, so it’s not cloying. The refreshing raspberry ale has a ruby color with a perfect balance of malt and fruit to ensure you know that you're drinking beer (the 5.7 percent ABV helps, too). It's a great option for drinkers who are not big fruit beer fans but want to give one a try anyway. Enjoy it with cheesecake or grilled meats; it even makes a tasty companion for cheese. 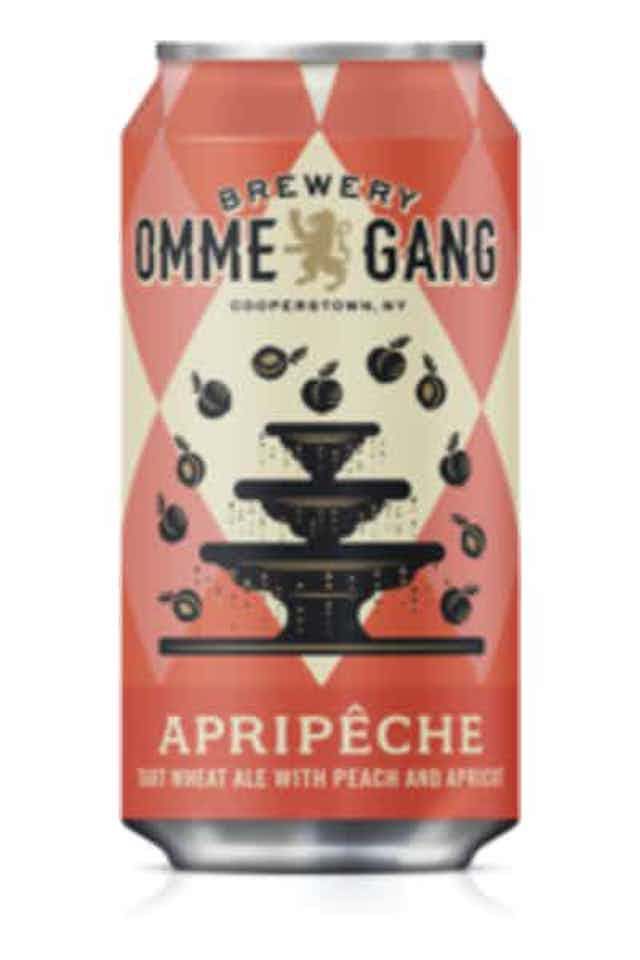 Ommegang is an Upstate New York brewery with Belgian roots that crafts some very fine beers. The portfolio spans Belgium’s traditional, often rustic, styles, and fruit beers are among their well-regarded specialties. While the cherry-flavored Rosetta often gets top billing, Apripêche is just as enjoyable.

This 6.3 percent ABV beer is hazy with an eye-catching yellow-orange color. It begins as a witbier brewed with malted and unmalted wheat that’s infused with the flavor of peaches and apricots. That is then blended with a sour Flemish golden ale. The flavor balance is impressive, and it has a semi-dry aspect that wine lovers will appreciate. It’s even better when enjoyed with food, particularly anything with a tropical flair. 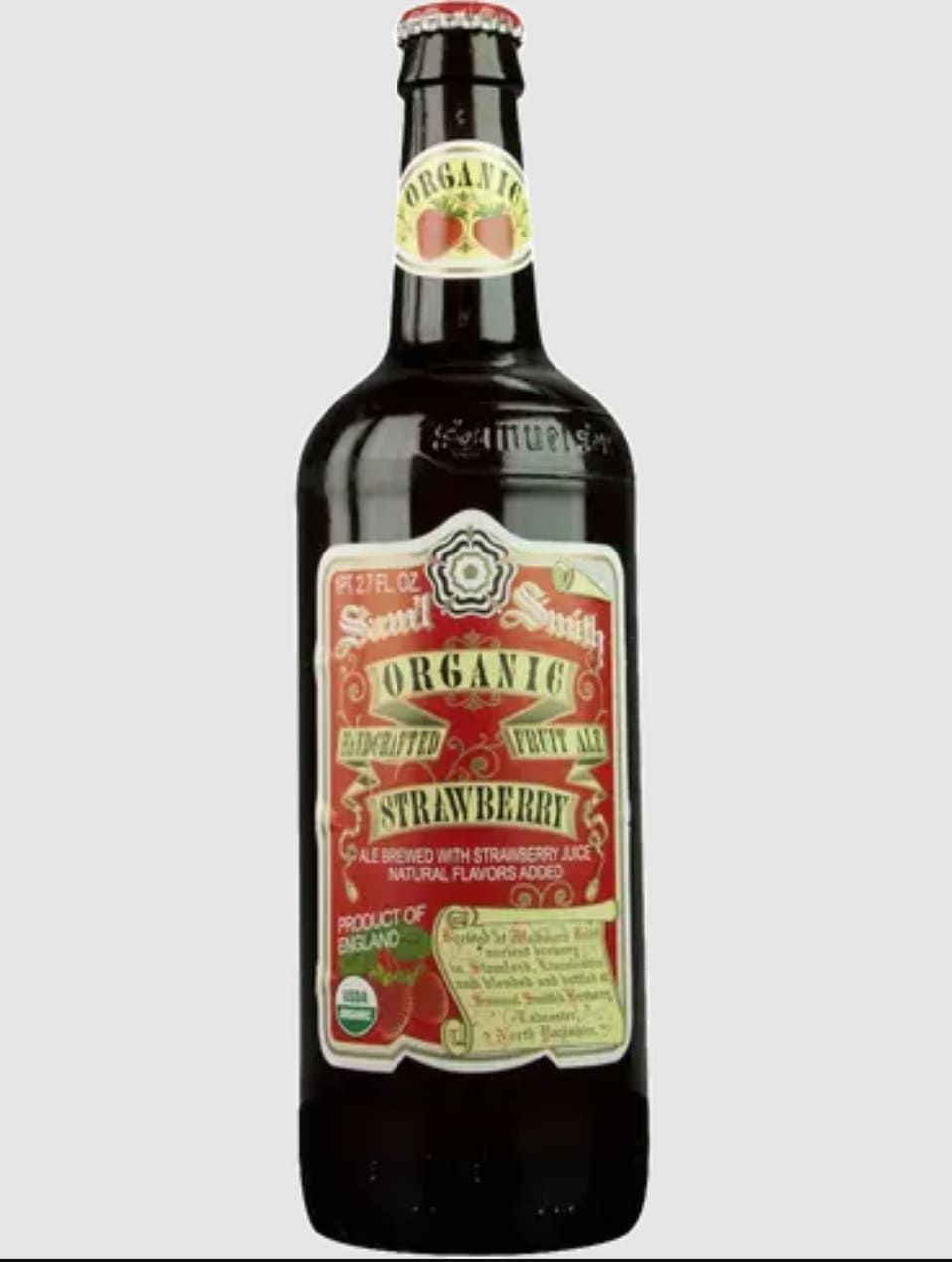 It does not get much more handcrafted than an organic fruit beer brewed with 17th-century equipment powered by steam. Well-known among British beers for the brand's brown ales, porters, stouts, and winter warmer, Samuel Smith also makes a line of organic fruit beers that will impress anyone.

The 5.1 percent ABV strawberry beer is a pure pleasure to drink. The ale undergoes two fermentations using organic malted barley and wheat and is blended with organic strawberry flavorings. It is simply a delicious beer that displays the fruit to perfection. 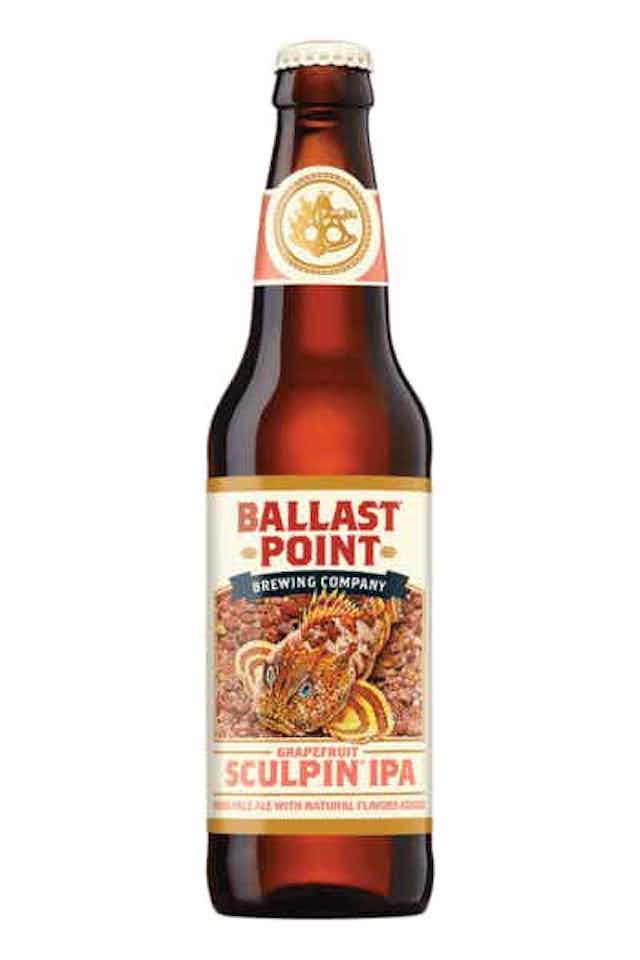 Fans of hoppy American craft beer are going to enjoy this year-round offering from Ballast Point. Though they explore a variety of beer styles, the brewery really shines when it comes to India pale ales. In 2005, it released Sculpin IPA, which is an award-winning brew that has morphed into other offerings, including Grapefruit Sculpin IPA.

The key to Sculpin’s success is hopping in multiple stages to produce fruity undertones. It’s a natural venue for a kiss of tangy grapefruit that is subtle enough to let you enjoy that signature IPA taste. Weighing in at 70 IBUs and 7 percent ABV, Grapefruit Sculpin IPA definitely has a snappy boldness, but it’s also wonderfully refreshing.

When you want a classic taste of fruit beer, the Belgian-style ales are a great starting point. Though brewed in the U.S., Cascade Brewing’s Kriek (view at Drizly) and Ommengang’s Apripêche (view at Drizly) are two must-haves that play off Belgium’s rustic fruit beer traditions. For something that’s just plain fun, Dogfish Head’s SuperEight (view at Drizly) is the top choice, and lager fans will thoroughly enjoy Shiner Prickly Pear (view at Drizly).

What to Look for in Fruit Beers

Fruit beer can be any style, though many are ales or, more specifically, sour ales. They’re generally in the golden ale to pale ale range, or are wheat beers, because these beer styles take fruit flavors the best. A few will stretch into brown ales, but fruits will get lost in darker beers. On occasion, you’ll find a fruity lager.

Bottled shandies and radlers have been popular for some time. Made by blending beer and lemonade (or another sweet citrus juice), you can make shandies at home with any beer you like. Most true fruit beers, on the other hand, are brewed or aged with real fruit or juice, and are not a straight blend. The taste is distinct but the label doesn’t always make this clear. The alcohol content can clue you into which you’re buying: Shandy’s will be lighter (around or under 3.0 percent ABV) while true fruit beers will be the strength of other beers in that style.

Fruit beers tend to be summer seasonals, making their annual appearance from spring to early autumn. As they become more popular, breweries are releasing more fruit beers year-round. If you have a favorite and want it for a special off-season occasion, check with the brewery to find out whether or not it’s seasonal. Stock up on those that are before they disappear.

What is fruit beer?

Fruit beer is a broad term that encompasses any beer that is flavored with fruit. It can be any style of beer—lighter and more refreshing ales are most common—and use any type of fruit. Citrus and berry-flavored beers are typical, and a few adventurous breweries will use papaya, pineapple, or other types of fruits. Fruit beers can be sweet or tart, and they’re not always super fruity. Some have a subtle fruit flavor that almost teases the tongue; you know it’s there, but it’s not conspicuous.

How is fruit beer made?

Brewers take different approaches to add fruity flavors to their brews. Some use fresh fruits or juice during fermentation, while others blend the beer with juice or age the beer with fresh fruit. They will also follow the practices of the style they’re creating. For instance, brewing an IPA requires more hops, a lager employs bottom-fermenting yeast, and an ale’s top-fermenting yeast imparts a maltier sweetness.

How much alcohol is in fruit beer?

Aside from the fruit flavoring, fruit beers mimic standard beer in every aspect, including alcohol content. They typically range from 4.0 percent to 8.0 percent, and high-point fruit beers are rare. If you find one that’s below 3.0 percent, it’s likely a shandy-style drink.

Colleen Graham is a food and beverage writer with over a decade of experience writing about cocktails, beer, and wine. She is the author of two books, including Rosé Made Me Do It.

The 9 Best Gluten-Free Beers to Drink in 2021
Article Sources
The Spruce Eats uses only high-quality sources, including peer-reviewed studies, to support the facts within our articles. Read our editorial process to learn more about how we fact-check and keep our content accurate, reliable, and trustworthy.
Continue to 5 of 10 below.
Continue to 9 of 10 below.