Great bottles to add to your bar

Japanese whisky was once affordable and easy to find at any well-stocked liquor store worth its salt. Today, varieties from the storied producers that boast an age statement are nearly impossible to find. Even if you’re lucky enough to spot one on the shelf, it will likely now command a sum that, only a few years back, would have been unthinkable.

Insatiable demand from whisky drinkers worldwide has created a shortage, and since there isn’t quite enough to go around, big producers have discontinued a number of deeply aged bottles and have been scrambling to create new tastebud-tickling expressions to quench the thirst of their audience.

While Japanese whisky aficionados may not be able to find prized bottles for less than a ticket to Tokyo anymore, there are a number of bottles from major labels and some lesser-known brands that are not only delicious, but also reasonably priced.

From single malts to blends and even expressions made entirely from rice, here are the best Japanese whiskies.

The original Ichiro’s Malt Playing Card Series featured some of Japan's most sought-after bottles. The precious drops were produced at Ichiro Akuto’s family’s original, now-shuttered whisky distillery. In 2008 Akuto opened a second distillery and is now producing new expressions, including Ichiro’s Malt and Grain, which is a blend of whiskies from the U.S., Ireland, Scotland, and Canada, anchored by Ichiro’s own Japanese-made spirit. The result, which you can likely find at your local shop, is an impeccable blend with luscious fruity notes, hints of vanilla and toffee, and a spicy finish.

Named for the father of Japanese whisky Masataka Taketsuru, who studied the art of whisky making in Scotland before bringing the knowledge back to his native land, Nikka Taketsuru Pure Malt is a blend of malt whiskies from both of the company's distilleries, Yoichi and Miyagikyo. Longtime drinkers of Japanese whisky note that Nikka discontinued this expression a short while back, but rereleased a "refined" iteration in November 2020. The new version brings more smoke into the mix against the floral melange that this whisky is known for.

View On Drizly View On Thewhiskyexchange.com

The Hatozaki label, named for the oldest stone lighthouse in Japan, has only been on shelves in the U.S. for a little more than a year. The Small Batch expression is a blend comprised of is 100 percent malt whiskies between five and six years that have been aged in former bourbon, sherry, and mizunara casks. It boasts honey sweetness, rich malted grain, and sherried fruits uplifted by a light, smoky undertone and honey finish.

View On Drizly View On Wine.com View On Caskers

Unlike other Suntory expressions, you can still find Hibiki Harmony in stores pretty easily. This no age statement blended whisky comes in a lovely decanter that, to our eye, resembles a perfume bottle and lends a nice visual contrast to other items on your bar. The whisky is a blend of Yamazaki malt, Hakushu malt, and Chita grain whiskies, and makes a nice sipper or superb highball. Notes of dried fruit and rich malt are ensconced in a subtle spice that tingles the tastebuds.

We remember when you could easily buy a bottle of Yamazaki 12 for around $40. Now, you’re lucky if that price has a one in front of it. It’s an iconic bottle that's easy to spot on your local shop’s shelves, though at today’s prices, it’s oft kept behind the counter. As in the past, the buttered toast, citrus, spice, and melon flavors are still lovely today. We used to enjoy Yamazaki in cocktails as well as neat, but thanks to its scarcity, we sip it slowly.

Nikka From the Barrel Whisky

View On Flaviar View On Minibar Delivery View On Thewhiskyexchange.com

Nikka From the Barrel was, for a while, an expression only available in Japan. With intense demand from Japanese whisky drinkers, the brand brought it to the U.S. in 2018 to much acclaim, and thirsty consumers have made it a challenge to find in local shops. From the Barrel is an intensely rich blended whisky that clocks in at 103 proof. The high alcohol content gives every glass a radiant heat that intensifies the baking spice notes, while caramel, toffee, vanilla, fruit, and cocoa bring sweeter flavors for balance.

View On Flaviar View On Totalwine.com

For the whisky lover who digs a sherry bomb, we give you Ohishi Sherry Cask. Rather than malted barley, Ohishi uses two kinds of rice to create its spirit, which is barrel aged. Weighty in the mouth, every sip is fruity and spicy with intense sweet notes of cherry, vanilla, and custard, which find balance against toasted nuts and oak. Not every enthusiast will love this bottle, but it’s one worth exploring.

For anyone who loves a highball, Suntory Toki is one of the most accessible Japanese whiskies on the market. Both affordable and plentiful, this bottle is a solid blend of malt and grain whiskies from the juggernaut’s Hakushu, Chita, and Yamasaki distilleries. Aged in a variety of casks, the expression is designed with cocktails in mind. Bright and fruity, Toki’s notes of pear, apple, lemon, honeyed sweetness, and a whiff of spice allow it to easily mingle with other ingredients in a number of delectable adult beverages.

Mars may not be a brand most U.S. consumers are familiar with, but its Komagatake 2020 bottle is one worth seeking out. It’s a single malt produced at the Shinshu distillery nestled in the Nagano Alps. The whisky was aged for over three years in sherry casks and American white oak, and the result is wildly flavorful for such a young expression. Sherried dry fruit, vanilla, chocolate, and citrus swirl around the mouth, making it a rather delectable dram.

What to Look for in Japanese Whisky

Japanese whisky is special for a few reasons, and one of them has to do with the taste. Japanese styled whiskies are known for the way they blend spirits from different barrels to achieve a more complex taste. This creates a unique tasting experience that will leave you experimenting with how you use it—neat, on the rocks, in a cocktail, and so forth.

Another factor in the appeal of Japanese whisky pertains to the fact that it's aged in casks made from lots of different materials and that have aged other types of whisky, whether it's American bourbon, for example, or sherry on oak, or the rare mizunara. The latter is a type of oak tree that is indigenous to Japan and that has long been used in whisky making.

The bottle of whisky should indicate some notes about how the whisky tastes. In the case of Japanese ones, they can vary widely. Because it is often made from different blends, this impacts the taste. This can result in flavors that range from vanilla, spice, malt, nuts, and fruit to smoke, herbs, citrus, and honey.

Why is Japanese whisky so expensive?

In short, it's a supply versus demand situation. There is an increasing demand for this most unique expression of the spirit, and not enough distilleries to meet the demand.

How many times is Japanese whisky distilled?

Japanese whisky production takes its cues from Scotch, insofar as that it relies heavily (although not always exclusively) on malted barley that's mashed and distilled twice.

How do you drink Japanese whisky?

You can drink this type of whisky in various ways, none of them dissimilar to how you'd drink Scotch or bourbon. Try it straight, on the rocks, in a highball glass, or slightly diluted as in the style of mizuwari (with water), or oyuwari (with warm water).

Carrie Havranek
Carrie has 10+ years experience as a food writer and editor. Her work can be found in her cookbook, Tasting Pennsylvania, and her site, the Dharma Kitchen.
Learn about The Spruce Eats' Editorial Process
Continue to 5 of 9 below.
Continue to 9 of 9 below. 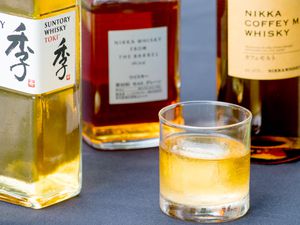 A Beginner's Guide to Japanese Whisky 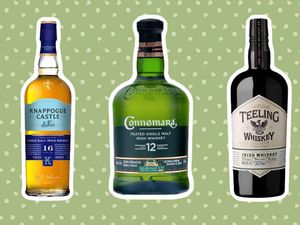