Our Top Picks
Best Overall:
Anderson's Pure Maple Syrup at Amazon
"With a bold flavor and deep color, this maple syrup is so delicious, the company's owner is in the Maple Hall of Fame."
Best Budget:
Butternut Mountain Farms Vermont Amber Rich Maple Syrup at Amazon
"Harvested in the middle of the season, this maple syrup can hold its own as a breakfast-topper, meat glaze, or ice cream topping."
Best Canadian:
Escuminac Pure Canadian Organic Maple Syrup, Grade A at Amazon
"This Canadian syrup comes from sap harvested right at the beginning of the season and is packaged in a beautiful, gift-ready jug."
Best Organic:
NOW Foods Certified Organic Maple Syrup at Amazon
"In addition to being organic, this maple syrup is also non-GMO certified."
Best Aged:
Crown Maple Bourbon Barrel Aged Maple Syrup at Amazon
"If you like your maple syrup like you like your bourbon—aged—then you’re in luck."
Best Sampler Set:
Runamok Maple Pantry Favorites Pairing Collection at Amazon
"This sampler set is perfect for figuring out what kind of maple syrup you like."
Best Flavored:
Maple Craft Blueberry Vermont Maple Syrup at Maplecraftfoods.com
"Blueberry and maple are one of the best flavor duos in town and Maple Craft does extreme justice to the pair with its organic blueberry syrup."
Best Vermont:
Ackermann Maple Farm Pure Vermont Maple Syrup at Ackermannmaplefarm.com
"Vermont is one of the original birthplaces of maple syrup and the Ackermann Maple Farm does the state proud with its pure maple syrup."
Best Sugar-Free:
Good Good Natural Sweet Like Syrup, Maple at Amazon
"Technically, there’s no such thing as real sugar-free maple syrup, but Good Good’s Sweet Like Syrup maple syrup will have you fooled."

Pure maple syrup is made by harvesting sap from sugar maple trees and then concentrating that sap down, through a combination of heat and evaporation, to create a deliciously smooth sweetener that makes the world a better place. Remarkably, it can take 40 gallons of sap to make a single gallon of pure maple syrup. As you can imagine, the process takes a lot of dedication and care. Fortunately, the sugarmakers on this list have found a way to perfect that process, and the end result is some of the best maple syrups money can buy. 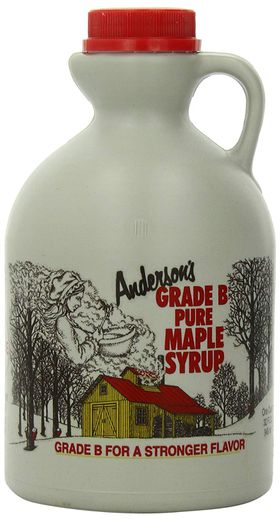 The Anderson family has been making maple syrup since 1928 and their expertise and dedication are apparent with their pure dark amber maple syrup. The Wisconsin-sourced maple syrup has a perfectly balanced flavor that’s not too sweet but not too robust, making it ideal for all uses from a pancake or oatmeal topping to a sweetener for your yogurt.

Although some pure maple syrup can be an investment, Anderson syrup is fairly priced. But even so, one reviewer calls it “a luxury that is worth having.” If you’re looking for darker maple syrup, Anderson’s has you covered with its grade A very dark variety, which is somewhat smoky and loaded with rich maple taste.

There’s no doubt that pure maple syrup is delicious, but some of the higher-end options can be cost prohibitive, especially if you’re someone who likes to drench your pancakes every Sunday. That’s where Butternut Mountain Farm’s maple syrup comes in. Butternut Mountain found a way to provide the rich taste of its 100 percent pure Vermont amber color maple syrup at a more budget-friendly price point—without sacrificing quality.

The extra-rare maple syrup is Escuminac’s best-selling flavor, and it’s easy to see (or taste) why. The organic maple syrup, which has a light delicate flavor that makes you want to drink it straight from the bottle, comes from a single forest and is harvested and bottled at a maple farm in Escuminac, Quebec. It’s truly pure and never blended with any other maple syrup or any artificial ingredients.

If you like darker maple syrup, Escuminac also offers Great Harvest, which is harvested in the same way but later in the year to give it a richer, more robust flavor.

The 8 Best Flavored Syrups for Beverages in 2020

NOW Foods is a leader in the organic food market, and it lives up to its name with its certified organic maple syrup. The grade A amber maple syrup is distilled from the sap of sugar maple trees to create a light, delicate flavor that’s truly versatile and can be used on pancakes, in coffee, or as part of a grilling marinade. In addition to being organic, the maple syrup is also non-GMO certified. 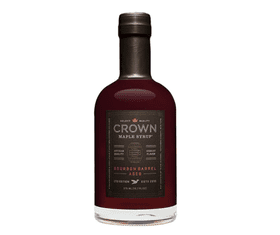 If you like your maple syrup like you like your bourbon—aged—then you’re in luck. Two worlds collide with this Crown Maple bourbon barrel–aged maple syrup, which, you guessed it, is aged in oak bourbon barrels. As the organic syrup sits, it soaks up all of the different flavor profiles. The end result, which comes from a sugar house in Dover Plains, New York, is a multilayered, rich maple syrup that’s infused with flavors of bourbon, oak, graham cracker, brown butter, and vanilla.

In addition to its aged syrup, which doesn’t actually contain any alcohol, by the way, Crown Maple also offers other organic syrups, including applewood smoked, cinnamon-infused, and Madagascar vanilla.

If you’re not really sure what kind of maple syrup you like—or you’re looking for a great gift for someone in your life—your search ends with the Runamok Maple Pantry Favorites Collection. The set includes four 2-ounce bottles of Runamok’s best-selling organic Vermont maple syrups: ginger root–infused, bourbon barrel-aged, cinnamon and vanilla-infused, and its traditional amber color syrup, which it calls Sugarmaker’s Cut.

It also offers more outside-the-box sets that include flavors like Japanese tea, hibiscus flower, and elderberry-infused, and as an added bonus, Runamok is big on sustainability. All of its syrups are certified organic by the Northeastern Organic Farmers Association and bird-friendly by the National Audubon Society. 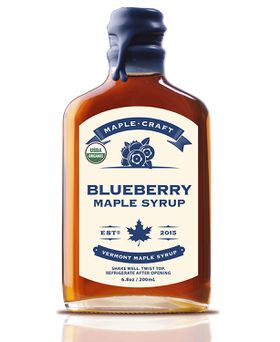 Blueberry and maple are one of the best flavor duos in town, and Maple Craft does extreme justice to the pair with its organic blueberry syrup. Maple Craft sources its slow-boiled maple syrup from a farm in Vermont and then combines just the right amount of organic blueberry juice concentrate and organic blueberry extract to create a rich, flavorful syrup that’s not only delicious but rich in antioxidants, too. 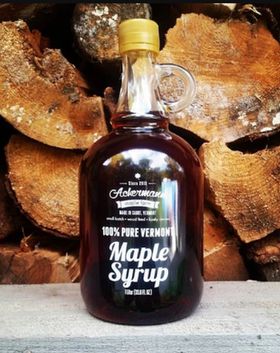 Vermont is one of the original birthplaces of maple syrup and the Ackermann Maple Farm does the state proud with its pure maple syrup. The maple syrup, which is boiled using a natural wood fire, comes from over 6,400 trees on a family farm in Cabot, Vermont. Each bottle of syrup is poured and personally sealed by the co-owners, Caitlin and Ian Ackermann, to ensure strict quality control.

Their original maple syrup comes in amber rich, dark robust, and golden delicate grade A varieties, and each one has a smooth and perfectly sweet flavor that can please a crowd. They also offer aged and infused maple syrups, like bourbon-aged and cinnamon-infused, which contains real cinnamon sticks. 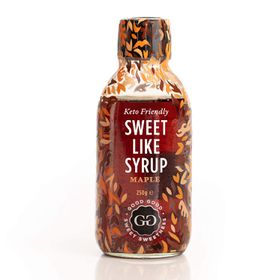 Technically, there’s no such thing as real sugar-free maple syrup, but Good Good’s Sweet Like Syrup maple syrup will have you fooled. The gluten-free, keto-friendly syrup is made from a combination of isomalto-oligosaccharide (a short-chain carbohydrate that resists digestion), natural maple flavor, stevia, and natural color that come together to form a viscous syrup that’s as close to the real thing as you’re going to get for under 1 gram of net carbs per serving.

The 8 Best Keto Subscription Boxes of 2020
The Final Verdict

Anderson’s Pure Maple Syrup checks all the boxes when it comes to both taste and price. It's bold, balanced, and just the right amount of sweet. If you want something more unique, you’ll want to go with the Crown Maple Bourbon Barrel Aged Organic Maple Syrup. It's aged in oak bourbon barrels, and the result is a rich, multilayered syrup you'll want to use on more than pancakes.

Lindsay Boyers is a certified holistic nutritionist with extensive nutrition knowledge and food and beverage-testing experience. She’s developed over 1,000 original recipes and is constantly on a mission to find the healthiest, best-tasting options and ingredients across all food and drink categories.