Plant-based bites that don't skimp on taste or texture

Plant-based nutrition is on the rise. Cities like Los Angeles, New York, and Seattle have long catered to die-hard herbivores, and Portland, Oregon, is considered a vegan mecca thanks to dozens of plant-based barbecue joints, doughnut shops, and grocery stores. Even cities in the Midwest have evolved to embrace animal-friendly foodies. Minneapolis is home to the first all-vegan butcher in the United States, Detroit was named one of the top 10 vegan-friendly cities by PETA in 2018, and Milwaukee now has over three all-vegan restaurants.

Even those who haven’t fully transitioned to a vegan lifestyle are starting to reduce their consumption of animal byproducts. Such a spike in consumer demand has led to a steady wave of meatless and dairy-free products popping up on menus and in supermarkets.

You may have delicious plant-based recipes queued up for breakfast, lunch, and dinner, but what's on the menu when hunger strikes between mealtimes? From vegan chocolate and ice cream to chips and cheese, use the brands below as a baseline for finding top-notch plant-based bites, and be sure to get stocked up before the next snack attack sets in.

Here are the best vegan snacks.

Think vegans are missing out on the charcuterie board craze? Not at all, since the Violife Just Like Parmesan Block shreds and slices just as well as its dairy counterpart. Here's another big positive: It’s formulated with an added boost of vitamin B12—a nutrient found primarily in animal foods that some vegans may not get enough of—and it doesn’t contain soy, casein, lactose, gluten, nuts, or any preservatives.

In addition to parmesan, Violife makes cheese in enough tastes and textures to stage several plant-based renditions of this popular appetizer trend. In particular, the Just Like Feta, Epic Smoked Cheddar, and Epic Mature Cheddar blocks pair well with an assortment of crackers, olives, fruits, peppers, preserves, and jams. And then there are Just Like Smoked Provolone Slices and Just Like Mozzarella Shreds, which melt like a dream on paninis, nachos, pasta, and grilled burgers. 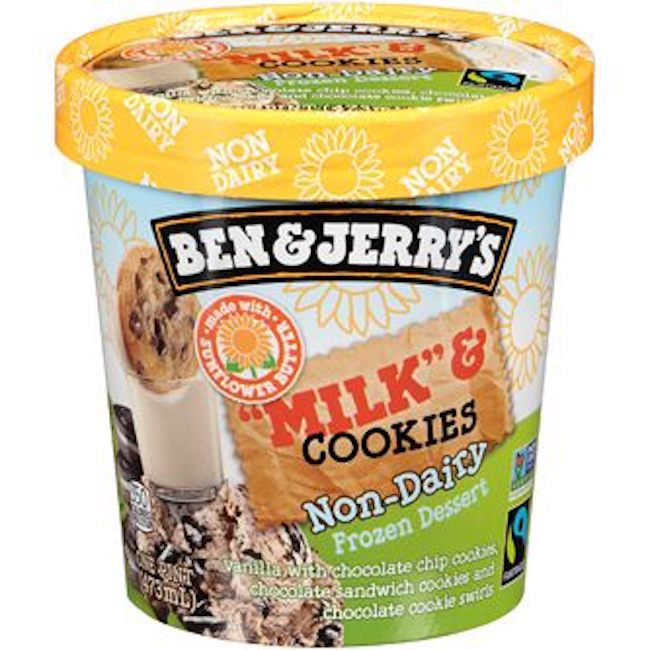 Transitioning to a dairy-free diet doesn’t mean foregoing delicious frozen treats. Ice cream enthusiasts will be thrilled with Ben & Jerry’s wide assortment of choices available in pints now includes "Milk" and Cookies Non-Dairy. The flavor has been a consistent favorite for plant-based customers since its 2020 debut thanks to being certified vegan and kosher. This particular flavor is made with sunflower butter, as are the non-dairy Mint Chocolate Cookie and Crème Brûlée Cookie flavors, resulting in a creamy texture that individuals with nut allergies can also happily savor.

Some almond-milk based pints in the non-dairy collection, all of which are certified vegan, include Americone Dream, Phish Food, The Tonight Dough, Cherry Garcia, Peanut Butter Half Baked, P.B. & Cookies, and much more. As many of these are plant-based renditions of popular dairy flavors, make sure to look for the green (for almond milk) or gold (for sunflower butter) "non-dairy" seal.

Chip lovers beware—Siete’s kettle-cooked potato chips have a potent combo of mesquite seasoning and a satisfying crunch that makes it nearly impossible to not get carried away with a bag. The coveted Chipotle BBQ, like the rest of the brand’s product line, is dairy- and soy-free, and suitable for a paleo diet. 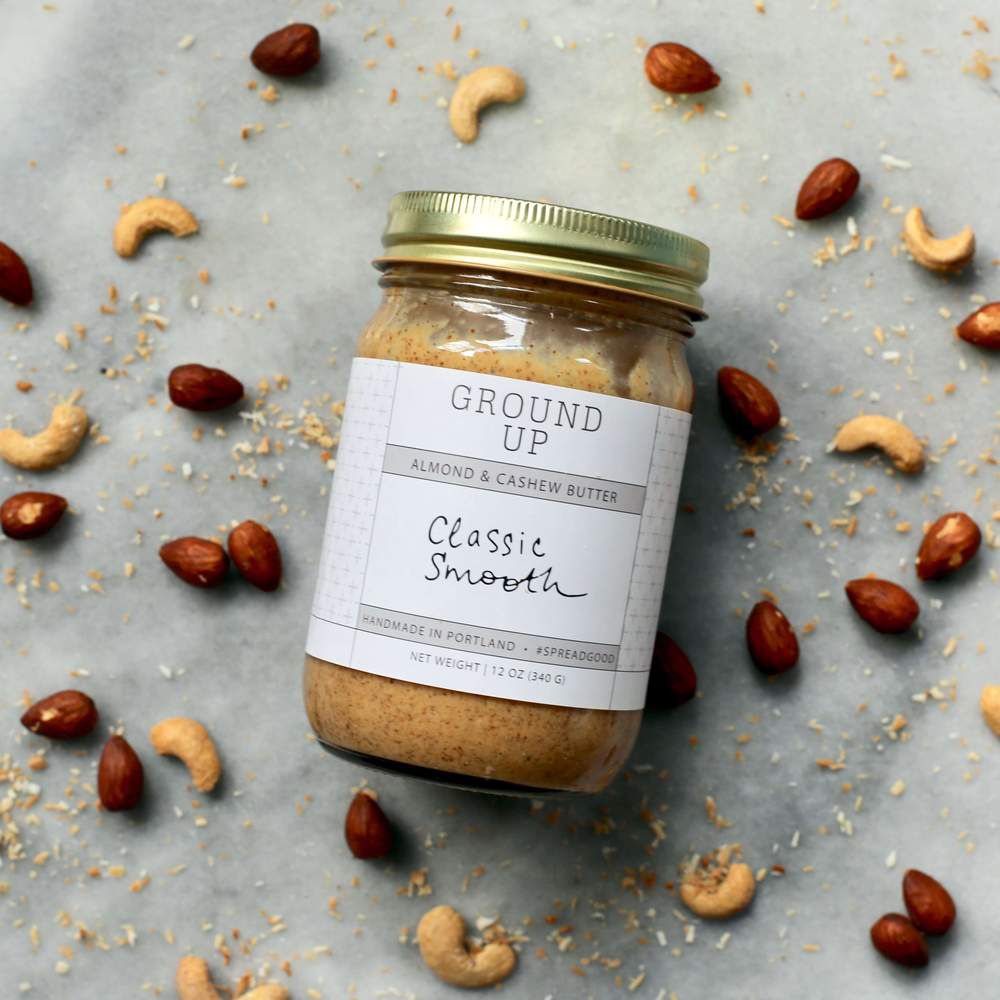 Home cooks adore how versatile Ground Up Nut Butters are. This women-owned, small business has garnered a loyal following across the United States due to every jar being peanut-, dairy-, gluten-, and sugar-free. Seasonal collaborations with other food-based entrepreneurs, like Kate’s Ice Cream and Trade St. Jam Co., keep customers regularly coming back to see what the next flavor launch will be. The Classic Smooth, made out of almonds and cashews, is fully vegan and Whole30-friendly, so it makes a fab addition to pancakes, sandwiches, smoothies, or “no bake” energy balls.

Other fun offerings include Walnut Cashew and Chunky Almond, Cashew + Coconut. There's also a handful of specialty flavors, such as Cinnamon Snickerdoodle, Oregon Hazelnut, and Coconut Cardamom With Chia Seed, but these contain honey, which The American Vegan Society considers unsuitable for a vegan diet.

For those who prefer to closely monitor their daily nutritional intake, each serving size clocks at 120 calories (for two cookies) and contains less sugar than many other pre-packaged, allergen-friendly confections. 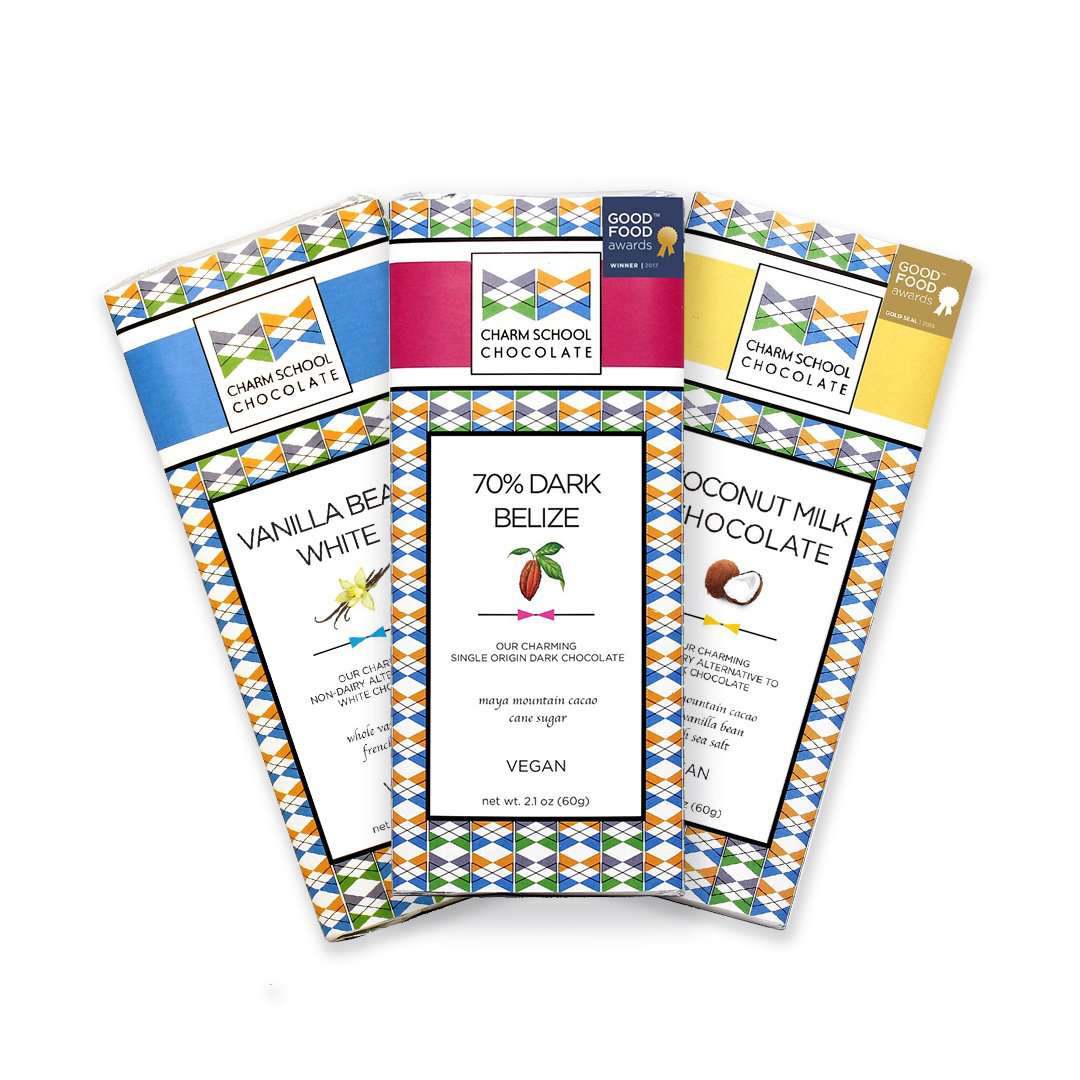 Small-batch chocolate makers, like award-winning Charm School Chocolate, have a creative hand throughout the entire production process, and as a vegan chocolate company, chef, and Season 2 winner of Food Network's "Sweet Genius" Joshua Rosen and his team have added a level of complexity. Considering ingredients commonly used in chocolate making (milk, refined sugar), he deconstructed and replaced them with non-dairy, vegan-acceptable ingredients without compromising flavor. 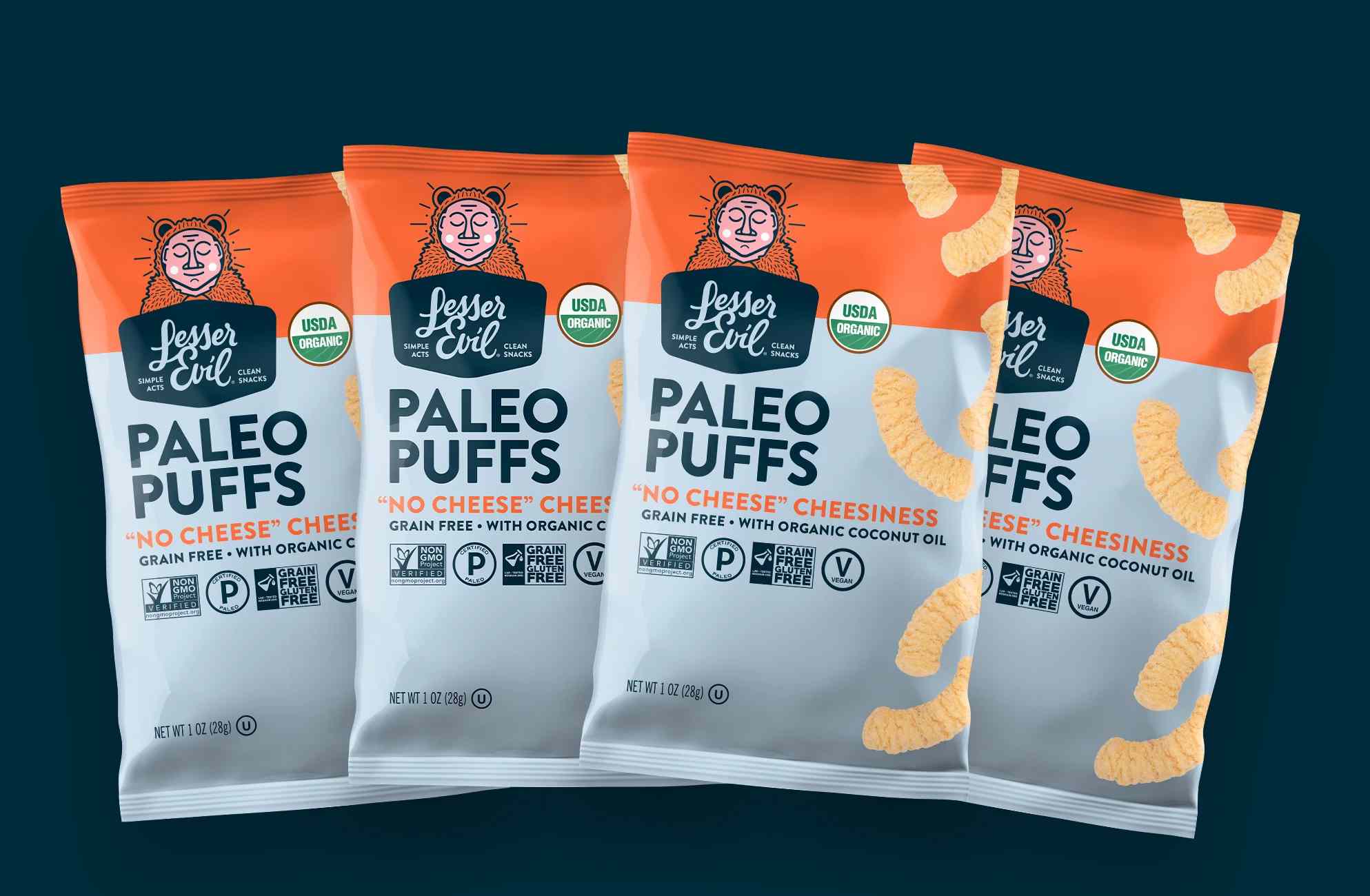 Looking for nibbles the whole family can enjoy? Lesser Evil’s line of organic popcorn, paleo puffs, and veggie sticks come in a variety pack. Whether the day calls for lunch box minis or a bag large enough for everyone to share on movie night, there’s the perfect portion already pre-packaged in allergen-friendly, savory flavors like Avocado-licious, “No Cheese” Cheesiness, Spicy Salsa, and Himalayan Pink Salt. Product bestsellers also are available for purchase in individual, larger package sizes.

What to Look for When Buying Vegan Snacks

Keep an eye out for the “certified vegan” logo, which indicates that a product “does not contain animal products or byproducts and that have not been tested on animals,” according to nonprofit Vegan Action. Additionally, make sure to check the "contains" section on packages, which is usually found beneath the ingredient list. It should simply state if the product has any animal byproducts, like milk or honey.

In the absence of the certified vegan logo, scan package labels for the following ingredients: whey powder, casein, lactose, gelatin, collagen, and honey. Even in the absence of meat, milk, cheese, butter, or eggs, all of those substances are animal byproducts typically omitted from vegan food.

Many plant-based products heavily rely on tree nuts and/or soy as fillers or protein sources, so make sure to thoroughly read the nutrition facts section and ingredient lists on the packaging if you have food allergens or intolerances. It can also be helpful to check company websites for more detailed nutrition and manufacturing information before setting out to make a purchase.

Is a vegan diet healthy?

Carolina Guizar, MS, RDN, CDN, a New York-based registered dietitian and co-founder of Latinx Health Collective, stresses that this is a little tricky to answer. “It will depend on how the word 'healthy' is being defined and how the person is using veganism," she says. "There are so many factors that impact health—mental health, stress, oppressive systems, financial stability, and food access. A vegan diet has the potential to be health-promoting in the context of a life that has manageable levels of stress, stable shelter, and food access; social connections; and if the person has a peaceful relationship with food and their body. If a person is using veganism from a disordered place or a place of fear, the diet can potentially cause mental distress that may offset any physical benefits.”

According to Guizar, sugar is vegan in sugar cane form, but processing adds some nuance to the debate of whether or not granulated sugar is vegan.

"Some forms of sugar are bleached, and the bleaching process uses animal bones, so technically these types of sugar are not considered vegan," she says. "Purchasing unbleached forms of sugar would get around this issue, but ultimately it is up to the individual to decide how strict they are with this food."

What is the difference between vegan and vegetarian?

Vegans do not consume animal byproducts in any form. This includes meat, poultry, seafood, eggs, all dairy products, and honey.

While vegetarians also abstain from eating meat, some still incorporate eggs or dairy products, like milk and cheese, into meals. Vegetarian diets are more flexible, and there are several subsets of the diet which are defined by which animal products are eaten. For example, some vegetarians eat eggs, but no dairy and vice versa. Other forms of vegetarianism include pescatarians, who eat fish, but not meat, and flexitarians, who eat a plant-based diet most of the time but may occasionally eat meat or fish.

Rachel Werner is a pro foodie maven who regularly writes culinary reviews on plant-based eats around the Midwest. Her passion for food styling and photography has been featured in images used by a variety of regional and national publications including Fabulous Wisconsin, BRAVA, and Hobby Farms Magazine, in addition to her vegan lifestyle Instagram account @trulyplanted.

The 8 Best Meat Substitutes and Plant-Based Alternatives in 2021
Continue to 5 of 7 below.