Brown ale is a style of beer born in England and adopted by craft brewers, primarily in the United States and Scandinavia. Known for its comforting malt flavors, this beer often has delicious notes of bread, caramel, chocolate, nuts, and raisins. Relatively mild bitterness and a hoppy flavor in the background to accent the malt further defines the style. And yet, the range of modern brown ales is vast, offering an attractive beverage for beer enthusiasts of any taste.

What Is the Difference Between Brown Ale and Stout?

The name "brown ale" isn't very exciting, and many different types of beer are brown in color, so it often gets lost and overlooked in the larger beer scene. Stouts—and subsequently, porters—are easy to confuse with brown ales, but tasting these beers shows a distinct difference.

Side-by-side, the majority of brown ales are lighter in color than stouts. The two styles overlap in the beer color chart—the "Standard Reference Method," or SRM—and darker brown ales can look similar to lighter stouts. Tastewise, stouts have a roasted character while brown ales focus on the maltiness. Stouts also tend to be hoppier and have stronger alcohol content, especially the American brews and imperials. Brown ales have a milder flavor in comparison and are often low to moderate in alcohol, making them sessionable.

Brown ale falls between amber ale and porter on the beer style spectrum and is comparable to other styles. It's rather similar to the dark dunkel German lagers and has the toasty malt of an Oktoberfest or märzen. There's also some familiarity between it and a Belgian dubbel; brown ale is not as alcoholic while dubbel has a noticeable fruitiness.

Everything You've Ever Wanted to Know About Stout Beer

The brown ale style is very old, and it is impossible to accurately describe its lineage. The most common modern brown ale style has roots in English brewing tradition and unhopped ales. "Brown ale" was first used during the 17th century and all but died out in the 19th century. The gains in popularity of the dry, spicy porter style made the older beer style seem bland. By the end of the century (which had also seen the rise of stout and pale ales), brown ale was all but forgotten though it has since surged among craft brewers.

One characteristic should remain true for well-brewed brown ales: a strong malty center. This beer is a celebration of the maltster's art. The yeast is usually an English ale variety that adds traces of fruity flavors and aromas such as plums, raisins, or ripe apples. Hops are often evident in the northern styles as well as most of the American brews but should never dominate. The mouthfeel of most browns ranges from medium to light with a decent amount of carbonation.

English brown ales range from 15 to 25 IBUs and 3 percent to 7 percent ABV. They're generally copper to brown colored.

Inspired by British browns and porters, American homebrewers found brown ale an enjoyable undertaking. Craft brewers then adopted this style and have taken it in many different directions. American brown ales range from soft, sweet, dark ales to bright, fizzy hop-busters. They generally feature roasted malt, caramel, and chocolate notes, with moderate bitterness (25 to 45 IBUs; some exceed this) and alcohol (4.2 percent to 8.8 percent ABV).

Following the line of imperials and other "strong" adaptations of beer styles, strong brown ale is a robust version. An English invention, it is more often found from American and Scandinavian breweries today. The flavors, alcohol, and sometimes the hoppiness are all intensified in varying degrees, and they're generally the darkest brown ales.

"Nutty" has been used to describe the flavor and color of some beers for a very long time. Nut brown ale is also often used by U.S. brewers to describe an English-style brown. However, the popularity of nut-flavored beers has driven some brewers to use adjuncts derived from various nuts (e.g., hazelnut, pecan) in their brews. Brown ale's maltiness is a natural companion for this introduction. Many brewers also simply enhance a beer's natural nutty notes with special combinations of malts and hops.

How to Serve Brown Ale

Brown ales are best served chilled; 50 to 60 degrees Fahrenheit is a general recommendation for the style. Most often, they're poured into pint glasses. Those with an aroma bulb near the rim (e.g., nonic and tulip) will enhance the beer's subtle aromas, making a more enjoyable drinking experience.

As with most beer, brown ales should be poured slowly into a titled glass. Bring the glass upright as it fills to get a nice, full head.

Brown ale is a fantastic food pairing beer. The malty quality of the beer gives it a fine bread-like quality that serves as a great compliment to almost any meal. Everything from simple roast beef to a spicy Indian, Mexican, or Thai dish works beautifully with a good brown ale. While some brown ales are really nice with chocolate desserts, most are not a good companion for fruity sweets.

Brown ale may not get the spotlight of some other beer styles, but there are some excellent brews available. When you want an easy-drinking, not-too-dark, delicious beverage, pick up a brown ale. 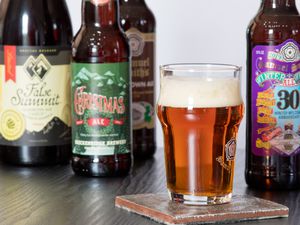 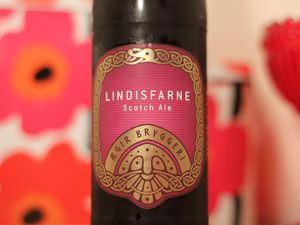 What Is Scotch Ale? 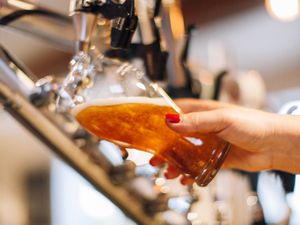