A portable pizza oven worth the dough 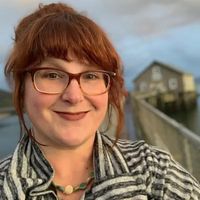 Although the Camp Chef Italia Artisan Pizza Oven may be a bit heavy and take a few tries to get the heat right, this fast, sturdy, portable, propane-fueled pizza oven is very much worth the price for home cooks who love to make their own pizza.

Buy on Amazon Buy on Campchef.com Buy on QVC
4.9

Buy on Amazon Buy on Campchef.com Buy on QVC
In This Article

We purchased the Camp Chef Italia Artisan Pizza Oven so our reviewer could put it to the test in her kitchen. Keep reading for our full product review.

Pizza will never stop trending, and that’s fine by me! Lightweight, portable pizza ovens with insulated walls and a heat-absorbing stone have revolutionized home pizza baking because they can reach temperatures of up to 900 degrees—much hotter than home ovens. This makes a Neapolitan-style pie with a slightly charred, chewy crust smothered with molten cheese and crispy toppings possible. Even better, pies are done in a couple of minutes, great for customized family meals or entertaining. I make pizza every week, and I already had the system dialed in with my kitchen oven, so I wondered if it would be worth it to splurge for an outdoor tabletop oven like the Camp Chef Italia Artisan Pizza Oven. The verdict was, yes, absolutely. Keep reading for my full thoughts.

The Camp Italia Artisan Pizza Oven has a pleasing, almost aerodynamic, domed top on a sturdy, rectangular stainless steel body. Its wide, short, rubberized feet create a sturdy base and give it a stout profile, thanks to the double-walled ceiling. The design is inspired by (and resembles) a classic brick oven. A removable, ventilated door allows for heat flow inside the oven. A regulator in the back of the oven allows users to screw on either 1-pound propane canisters or a 5-foot hose to connect to a larger tank.

A big, red, plastic knob on the front right of the oven controls the gas flame valve, and a large, easy-to-read thermometer is inset into the top of the unit; a placement that both makes sense and doesn't, because the burners run along the side of the unit and across the middle under the cordierite pizza stone, resulting in a cooking surface that takes longer to warm up than the air inside the oven, but then becomes hotter.

Setup was a breeze, and the diagram in the instruction booklet was just about all I needed. The burners and heat deflector were already inside the oven when I unboxed it, but I needed to install the pizza stone, door, handle, shelf, thermometer, and gas line regulator.

The oven is not light, but still portable, at 47 pounds.

A few hiccups slowed me down a bit, but I figured out the user errors. The ceramic pizza stone fits very tightly into the oven deck—so tightly that I thought it was too large at first. But after persevering, I wriggled it in. I initially put the handle on the wrong side of the door, but quickly realized when it couldn’t close off the oven completely that I had made a mistake.

Once the oven was assembled, I moved it outdoors. The manufacturer recommends using the oven 10 feet away from flammable structures. I sourced a sturdy, non-flammable structure for it to sit on (a metal patio table) that was high enough, so I didn’t have to crouch down near the ground. A smaller side table was fine for tools and pies. Other users have had success with a wheeled stainless steel cart.

The oven is not light, but still portable, at 47 pounds with the stone inside. It’s not too heavy to handle alone, but awkward because of the unit’s width, unless you are a large and strong person. The 17,000 BTU system heats up the oven very fast and cooks a 12-inch pizza in about 3 minutes. I really liked that the oven heated up quickly to 650 degrees—about 20 minutes on a chilly day—and climbed to 750 degrees 10 minutes later. Keeping the oven closed with the door in place helped keep the heat even.

The pizza stone is made of the same material used in pottery kilns and has excellent heat retention, which created a crispy and slightly charred crust after a little practice. When I tested the stone with an infrared thermometer, it was anywhere from 50 to 150 degrees warmer than the air inside the oven, which could cause uneven cooking unless precautions are taken.

The oven comes with a cooking guide that provides instructions about how to use the oven and several recipes to get you started, including homemade dough, red and white sauces, and focaccia. More intriguingly, the booklet suggests going online for creative uses of the oven, including cedar plank salmon and calzones.

Compared to making pizza in the kitchen oven, the Camp Chef cooks up pies faster and crispier, and it doesn’t take as long to either pre-heat or reheat between pizzas as a kitchen oven does. I usually heat my kitchen oven to 550 degrees for about an hour, and it gets quite warm in the summer, so I was happy to shift to the outdoor oven.

I found I needed a few items to operate the oven well. An infrared thermometer to monitor the temperature of the stone is absolutely essential. I also ordered an accessories kit (view at Camp Chef) that included two 11.75-inch wide bamboo peels, a 14-inch rocking pizza cutter, and a long-handled stainless steel pizza spatula. I highly recommend the peels, since you can have one pizza loaded and ready to go when another comes out of the oven.

The 17,000 BTU system heats up the oven very fast and cooks 12-inch pizzas in about 3 minutes.

With that setup, I found that the oven’s portability and propane-powered fire allowed me to turn out pizza after pizza. As I slid the pie from the wood peel to the oven deck, I envisioned being the hero of future block parties, delivering homemade pizza from my patio. After about 90 seconds, the crust on the perimeter was browning, and the cheese was melting. A quick 180-degree turn with a metal peel turn ensured a nice brown spotting on the bottom of the pie and the crust. The pizzas were finished in about three minutes.

To avoid burning the bottom of my pies, I followed tips from other users. Most helpful was the suggestion to lower the heat to medium after pre-heating the oven on high. Furthermore, I bought a metal pizza screen to use as a buffer between the hot pizza stone and the pie when the stone temperature was too high, and it provided enough space to slow down cooking on the bottom of the crust.

I wondered if the high temperature would produce grill-quality burgers and boneless chicken breasts, and it certainly did. We preheated a cast iron skillet for about 5 minutes first, added the proteins, and flipped them over when they achieved a nice sear on the bottom. And it was a lot less messy than a grill, too.

I tested the oven with a 1-pound disposable propane canister (the kind used for camping) and ran into some difficulties. It was a chilly and windy day, and once the canister ran low on gas, it froze over and stopped operating. Other users reported similar issues, so I recommend that you either use a full canister on a cold day or opt for a larger propane tank.

Cleaning was a breeze. I left the oven on for about 15 minutes after cooking to burn up any leftover bits of excess flour and cheese, then used a stainless steel bench scraper to gather up charred bits. I wiped down the exterior of the oven with a damp cloth. After about an hour, the stone was cool enough to move to storage.

With a suggested retail price that's close to $500, this oven is likely not for occasional users. Budding pizzaioli with cash to spare will find it fun and useful, as long as they are willing to experiment with controlling the burn. Pizza makers with moderate experience who own an infrared thermometer should be able to master the process easily.

If you don’t want to shell out thousands of dollars on a professional freestanding outdoor model or build your own, tabletop models are the way to go. Other brands offer cheaper ovens, but they have limitations. The lowest-priced models can’t reach high temperatures, resulting in limp pies.

Some of the oven’s closest competitors in quality and price, including those by Ooni and Gozney, can reach much hotter temperatures, rising to around 900 degrees. At a top temperature of 750 degrees, I found the Camp Chef hot enough for my purposes, and I certainly managed to singe pizzas. I didn’t need to constantly turn pies the entire time they were cooking in the Camp Chef as I did with the hotter ovens, but the hotter ovens shaved a minute or so off the cooking time.

I envisioned being the hero of future block parties, delivering homemade pizza from my patio.

Ooni Koda 12 Gas Powered Pizza Oven: If you plan to travel a lot with your pizza oven, it might make sense to choose a smaller, lighter version like the Ooni Koda 12, which topped my best list. It weighs just over 20 pounds, a whopping 27 pounds lighter than the Camp Chef. This oven retails for around $349.

Ooni Koda 16 Gas Powered Pizza Oven: The Koda 12’s larger sister, the Ooni Koda 16, can bake 16-inch pizzas and larger items like bread and roasts. It also weighs less than the Camp Chef at just over 40 pounds. This oven retails for $499, similar to the price of the Camp Chef.

Ooni Karu 12 Multi-Fuel Pizza Oven: The Ooni Karu multi-fuel model, which can be run on wood, charcoal, and propane, is another option. Be forewarned, though, that pizzas cook so quickly they don’t pick up much if any, wood flavor, and the wood pieces need to be a specific and kind of fussy size. This oven retails for $349.

Gozney Roccbox: The Gozney Roccbox, another popular dual-fuel model, proved to be limiting to our reviewer thanks to a high price and the difficulty of cooking with wood. The long legs on the Roccbox look cool, but they seem less stable than the squat Camp Chef. It has a similar price as the Camp Chef, retailing for $499.

The Camp Chef Italia Artisan Pizza Oven is much worth the price and weight for home cooks who love to make their own pizzas, especially for entertaining outdoors and for those who have strong muscles to carry it.

Better Than Delivery: The 8 Best Pizza Ovens in 2022