Canola oil is a vegetable oil extracted from the seeds of the rape plant. It is known as rapeseed oil in Europe and canola oil in North America. The largest producer of rapeseed in the world is Canada. In fact, the word "canola" is a portmanteau, or blend of the words "Canada" and "oil." It's a favorite cooking oil worldwide because it's low in saturated fats, has a neutral flavor, and can be used for high-heat cooking. You can bake, sauté, fry, and deep-fry food with canola oil or simply use it in a salad dressing. In general, it's a good all-purpose cooking oil.

Canola oil, or rapeseed oil, is extracted from the seeds of the rape plant (Brassica napus). The term "rape" derives from the Latin word for turnip, rapum. Rapeseed is related to mustard, turnips, and other cabbage plants. Of all the vegetable oils used produced for human consumption and industrial uses, rapeseed is among the top three (behind palm oil and soybean oil).

Rapeseed has been cultivated and used by humans for thousands of years. Its uses included lamp oil, soap, engine lubricant, and margarine. Up until 1974, rapeseed oil was used very little in the food industry. Through selective breeding programs in German universities, the bitter-tasting, toxic substance, erucic acid, was reduced to a level that was safe for human consumption in winter rapeseed. Later, in Canada, summer rapeseed was found with low levels of the acid. Further research picked out plants with low levels of glucosinolates as well. "Rapeseed 00" is the term for genetically modified edible rapeseed used in most canola oil today.

Canola oil is a type of vegetable oil, though products labeled "vegetable oil" are a blend of plant-based oils (primarily soybean oil). Their neutral flavors make them ideal for many of the same cooking applications, everything from frying to baking. The two also have the same smoke point of 400 F.

Canola oil is a kitchen workhorse that can take on nearly anything you want to make. It's good for frying—both deep-frying and as the griddle oil for pancakes, eggs, and other fried foods—sautéing, and a small amount will grease baking pans. It's also found in baked goods like cookies, muffins, and cakes, used in broth and gumbo, and fillings for wontons and similar dumpling foods. You can also use it for cold dishes like salad dressings and granola.

Canola is a popular oil for vegan recipes and is often used as a replacement for butter, lard, and vegetable oil. You will also find that canola oil is added to real butter in commercially produced "spreadable" butter.

How to Cook With Canola Oil

Canola oil is liquid at room temperature and has a neutral taste that makes it perfect for a variety of cooking applications. Its fairly high smoke point of 400 F makes it a good use for frying foods on the stovetop at medium-high temperatures. It's also a popular choice for deep-frying and sautéing. Most often, the oil is heated before adding the food. Many deep-fry recipes include an ideal temperature the oil should reach to ensure the food is properly cooked inside and out. A thermometer is useful, but you can check oil temperatures without one: Place the end of a wooden spoon in the oil and if bubbles form around the stick, the oil is hot enough for frying.

In baking and other recipes that incorporate the oil into the food, you'll generally use just a tablespoon or two at a time. There are instances, such as dense baked goods and salad dressings, in which you'll use up to 1/2 cup. When a recipe calls for both canola oil and a sticky ingredient like molasses, measure the oil first. The oil residue left in the spoon will help the molasses slide right out.

Vegetable and canola oils can be used interchangeably in recipes with no adjustments needed. Sunflower oil is another good choice for most uses. You can also use almost any other type of liquid cooking oil, such as almond, avocado, coconut, corn, olive, peanut, safflower, and soybean oils. Keep in mind the use: whether the oil's flavor is appropriate for the recipe and if it's smoke point allows for the cooking temperature needed.

There is not a shortage of recipes that use canola oil and it's often one of the recommended types of oil in recipes that use "vegetable" oil. From savory to sweet, it's a good oil to have on hand for all your cooking needs.

Where to Buy Canola Oil

Canola oil is available at grocery stores and supermarkets. Look for it among cooking oils, typically in the baking aisle. It's most often available in plastic bottles, ranging from 32 ounces to 128 ounces, and the price is comparable to regular vegetable oil. Canola oil cooking sprays are also available. Buying canola oil in darker containers reduces light exposure and increases its potential shelf life.

Canola oil should be stored like other oils, in a cool, dark place, such as the pantry. Keep the container tightly sealed. If you buy in large quantities, consider transferring some to a smaller container for immediate use in the kitchen but keep it away from the stove. Unopened bottles have a shelf life of up to two years. Once opened, that is decreased to about six months at room temperature and about one year in the refrigerator. The oil can go rancid after a period of time, which is most noticeable by an off odor. 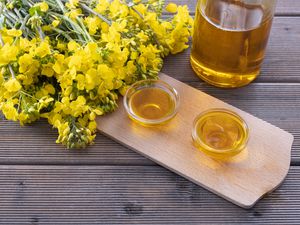 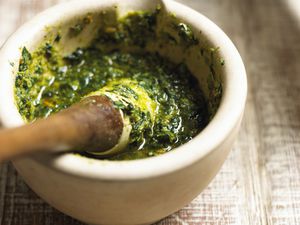 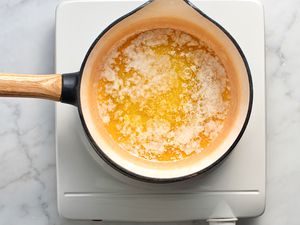 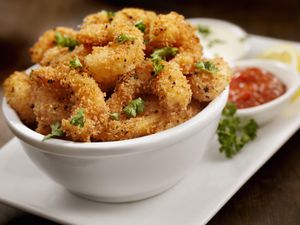 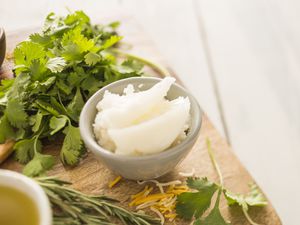 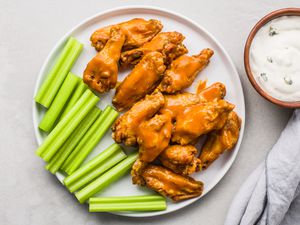 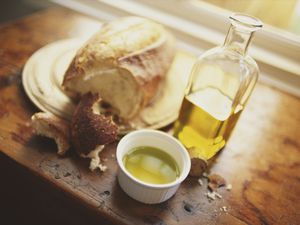 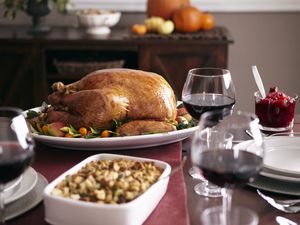 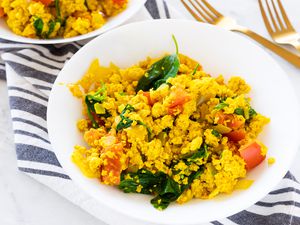 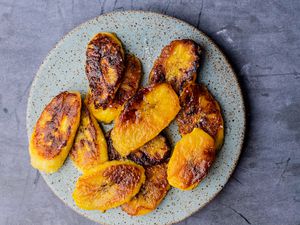