Modern cheese fondue originated in Switzerland, which is why it typically features Swiss cheeses like Emmental and Gruyère.

Fondue was initially devised as a way of using up stale bread and scraps of cheese. But over time it has become a holiday tradition, particularly around Christmas and New Year's. Which makes sense, since fondue is a communal dish, and it's perfect for cold weather because it's so warm and satisfying—and also because no one probably feels like cooking and a lot of restaurants might be closed.

This traditional cheese fondue recipe features both Emmental and Gruyère cheeses as well as a type of brandy called Kirschwasser (also called Kirsch), which is made from cherries. If you can't find Kirschwasser, you can substitute brandy or cognac. But don't use cherry liqueur — it's too sweet.

Also, if you can't find Emmental and/or Gruyère, you could substitute domestic Swiss cheese, Gouda or Fontina. But be careful of making too many substitutions, or what you end up with may not really resemble traditional cheese fondue.

You'll need a good heatproof fondue pot for this fondue recipe. Personally I prefer the type that where you can melt the cheese on the stovetop and then keep it warm with one of those little fire gel containers. I've seen electric fondue pots, but you have to run the power cord off your dinner table, which means it's pretty much guaranteed that someone is going to trip over it and knock a whole pot of molten hot cheese onto someone. Serve with a classic brandy cocktail to complete the experience. 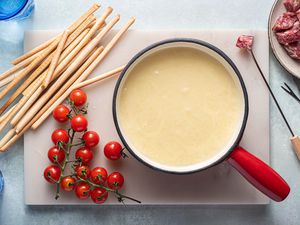 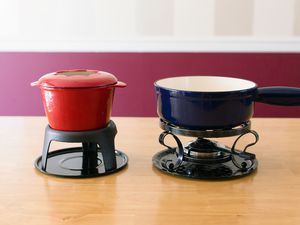 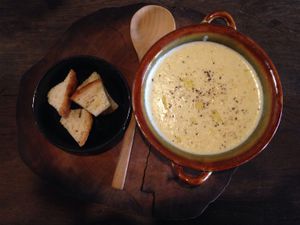 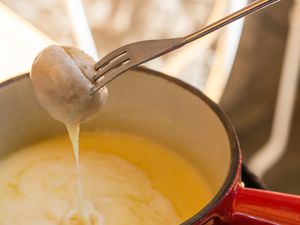 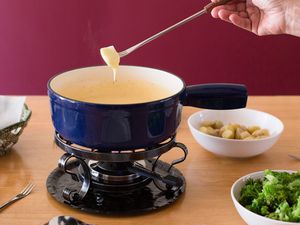 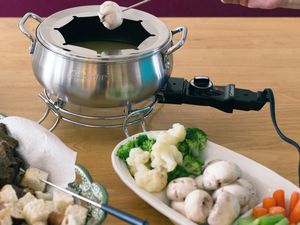 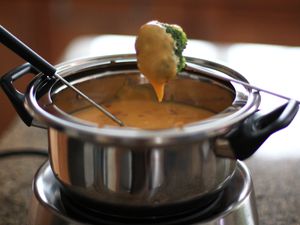 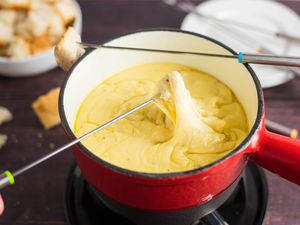 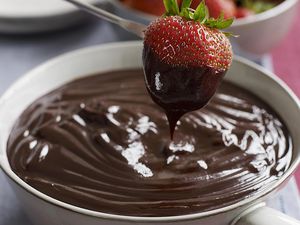 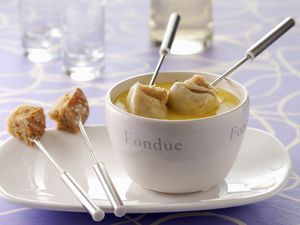 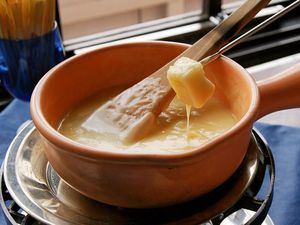 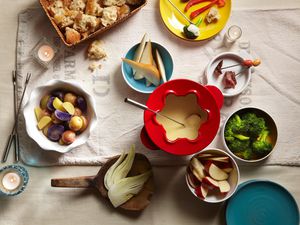 The Best Dippers to Serve with Cheese Fondue 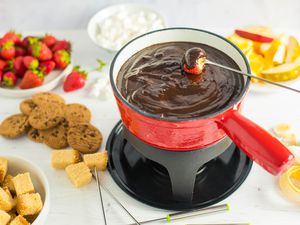 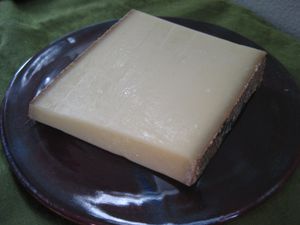