"Every day we breathe her breath. Her life is there." 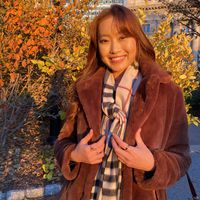 Jessica Shuran Yu
Jessica is a student at Fordham University and a former athlete turned writer. As the summer intern for the Spruce Eats, they help write, edit, and assist the editorial team in various projects.
Learn about The Spruce Eats' Editorial Process

If you’re looking for modern Thai food in the United States, Nashville might not be the first city you think of. But that might be because you don’t know Chef Arnold Myint. The Top Chef alum is the chef and co-owner behind International Market and Restaurant—and it's worth hopping on a plane to Tennessee for a visit.

Chef Myint wasn't the first owner of International Market—in fact, his parents Patti and Win opened the restaurant in 1975. Back then, it was the first authentic Thai restaurant in Nashville. After over 40 years of serving the community, the Myint family sold the property to Belmont University in 2018, just a couple of months before Patti passed away unexpectedly. Less than a year later, the restaurant officially closed. 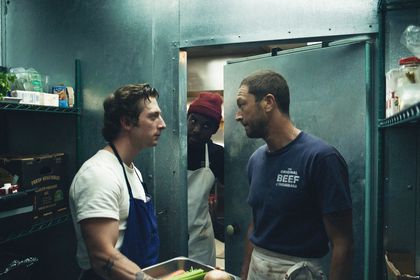 When International Market closed in 2019, Chef Myint was already a highly successful chef. He attended the Institute of Culinary Education and worked for a world-renowned chef in New York City. And in addition to competing in Top Chef in 2010, he also appeared on Food Network Star in 2016. With this impressive resume, Chef Myint and his sister decided to reopen their mother’s impactful business.

Today, he continues to put his modern spin on International Market, but at the heart remains the honor of his mother and her passion for food.

You grew up in Nashville with Thai and Burmese parents. How do those two very different cultures translate into your cooking?
Well, I’m French-trained and I went to culinary school and I worked in New York and I taught in LA. It’s funny that I spent my whole life traveling around the world trying to run away from home and I end up across the street from where my mother started a restaurant almost 50 years ago, cooking her food. Growing up in Nashville. I didn’t really have exposure to other people who ate my food. So, it took a lot of travel and soul searching. It’s incredible and I feel very lucky to be reconnected and be living my mother’s memory through what I put on my plates now, which is predominantly modern Thai cuisine. It’s 100% my voice at this point.

As someone who shares a lot of their recipes on Instagram and TikTok, how do you wish to impact home cooks through social media?
I am genuinely excited about cooking this genre of food and for those that are following my journey, I’m secretly, passively, publicly developing my cookbook through these videos.

I hope what people realize when they see me cook is that I’m really having fun. People are always asking me “Can we get the recipe?” Of course, in time, when I have my book out, you will get the recipe. But the point of my cooking right now is for you to go to the store with the base knowledge that I have shared with you to be able to ask yourself “What would Arnold do with this?”

I don’t like measurements. It’s okay to cook freely. You can make something fabulous without having a cookbook open and measuring spoons out. This is what I told my students… If you don’t burn it, you’re never going to get it right. There’s perfection through mistakes.

As a successful chef, you’ve worked with several organizations that help the LGBTQ+ community like The Trevor Project and Nashville Launch Pad. What’s the most rewarding part about doing philanthropic work?
A big part of it is living the legacy that my parents have set forth. They’ve always been a big part of the community. My dad was a professor and my mother worked a lot with bringing immigrants into the city and helping them find employment.

In Thai culture and Buddhist culture, there’s a term called Tahm Boon, which basically translates to “offerings.” It’s a thankful honoring of tradition and the things in your life that have been good. It's not like you’re putting it out there to get anything back. You’re doing it as a sign of appreciation.

You know how at funerals, in lieu of flowers people will ask you to donate to a charity? For us, it was Nashville Launch Pad for my father. Every week, we still do it even though it’s been three years. It’s a consistent reminder of him every week when I design the menu with my staff.

In 2021, you and your sister reopened International Market and Restaurant, originally opened by your parents in 1975. What has the experience of working with family been like?
The beauty of International Market having been around is there’s a strong following that was already set for us. The expectation of our family’s restaurant from the 70s is a quick, cheap Asian, “Chinese” fast-food moment. What we’re doing now is entirely different with a different demographic because of where society has evolved with food culture.

Luckily, my mom had a great reputation. Every day we breathe her breath. Her life is there. Because of what my parents afforded me to do, I have been able to elevate it and execute it with a chef point of view, honoring them but still celebrating Nashville.

As you continue to honor your parents’ legacy, what are your future goals for International Market?
Our biggest goal right now is just to continue cooking what we’re cooking and having Nashville really love the product. Humbly, I would love recognition on a more national or global scale. I work actively with the James Beard Foundation and it would be one day an honor to be recognized not only for the restaurant but also to continue my mom’s legacy.

My mom and I were going to cook at the Beard House but then she passed away before we got to do it. So, when I see these awards coming out every year I always think if she just had two more years, she would have had one. I mean, it was in her path. So, for me that’s what motivates me and what pushes me. What keeps the integrity of the food and of our technique and our approach alive is knowing these awards are out there to recognize her.