Okra is as common in Japanese cuisine as broccoli is to American cuisine. Okra, known as “oh-ku-lah” in Japanese, is a popular and favorite summertime vegetable. Fortunately, like most produce today, okra is available almost year-round and is not limited to seasonality.

Despite okra’s popularity among the Japanese, not everyone enjoys okra because of its slimy or gooey texture. For some, its texture is an acquired taste, while others love it, and still others won’t go near it.

In Japanese cuisine, there are several foods that are slimy, including natto (fermented soy beans), and grated yamaimo (Japanese mountain yam), making slimy foods somewhat popular, and perhaps making okra that much more lovable amongst the Japanese.

In Western cuisine there are many ways in which okra is cooked, such as fried, baked, grilled, stewed, or even eaten raw. However, in Japanese cuisine okra is typically blanched, boiled or fried. The most common way in which okra is enjoyed is boiled and served as a very simple salad.

While Japanese okra salad is prepared by boiling the okra to your desired tenderness, it is best served chilled, especially during hot summer months. The length of time the okra is cooked is completely up to the cook. It’s best when cooked anywhere from four minutes to ten minutes, but if you'd like to ensure the seeds are completely cooked, 10 minutes is the magic number. Depending on the okra, some seeds might have a slightly bitter taste if they are raw.

The dressing for this okra salad is quite simple. It is garnished with dried bonito flakes (katsuo bushi) which add a bit of smokey flavor and a burst of umami. Then the salad is seasoned simply with a drizzle of soy sauce (shoyu) or seasoned soy sauce (dashi shoyu). Japanese ponzu or citrus soy sauce may also be used, although soy sauce works wonderfully for this particular salad. 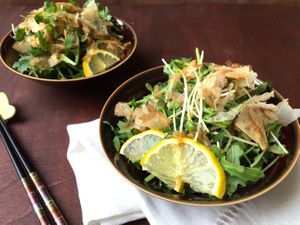 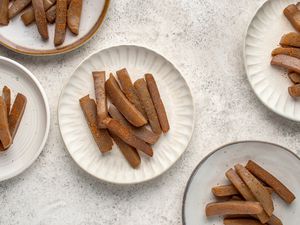 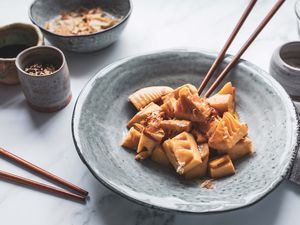 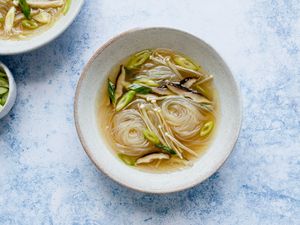 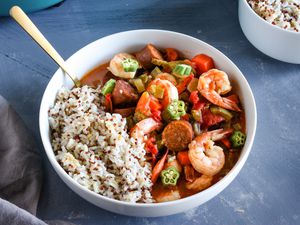 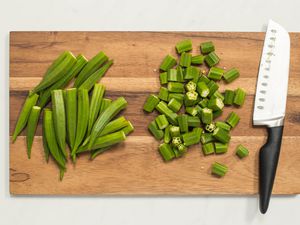 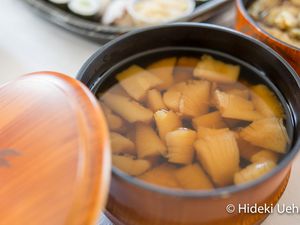