When a recipe calls for a Chinese ingredient you lack, you can often make a substitution. You may not have an Asian specialty market handy, or it may not stock what your recipe requires. The good news is that many of the ingredients that are integral to Chinese cuisines, such as fiery red chili peppers, aren’t native to China but instead were introduced by other cultures. This is why you can so easily substitute other ingredients.

Here are some food substitution suggestions for ingredients commonly used in Chinese cooking: 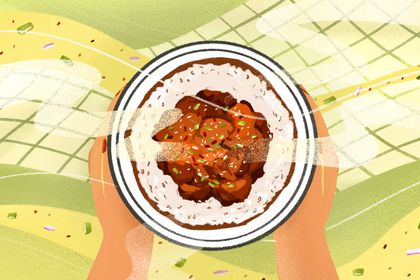 Agar-agar is a powdered Asian gelatin substitute made from algae that doesn’t require refrigeration. It is becoming more available in supermarkets, perhaps because it is a vegan alternative to gelatin, which is an animal product. But if you can’t get hold of it (and you are not vegan), just use gelatin instead. If you are vegan, consider using pectin powder or guar gum.

Fresh bamboo shoots can be hard to find, but you can purchase canned bamboo shoots from Chinese supermarkets. Drain them and rinse them in cold water before cooking. Fresh and canned bamboo shoots do taste quite different, however, and you may prefer substituting a different vegetable. For slow-cooked dishes such as pork, you can use carrots instead. If you’re stir-frying chicken, pork, or beef and the recipe states bamboo shoots, alternative vegetables include asparagus, carrot, white cabbage, and broccoli.

You can replace shiitakes with dried mix wild mushrooms or dried porcini mushrooms.

Ground ginger can be a substitute for fresh ginger. Candied ginger can also be used, although it will add sweetness and that may not be as desirable in some recipes.

Use equal amounts of ketchup and molasses as a substitute for hoisin sauce. You can also use sweet bean sauce as a replacement.

This flour is used as a thickener. You can use cornstarch, or potato starch to replace lotus root flour.

Use cornstarch instead of potato starch.

You can replace rice vinegar with sherry vinegar or white wine vinegar. 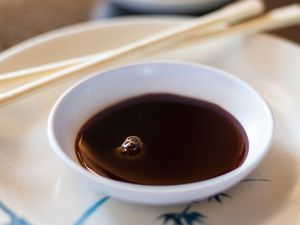 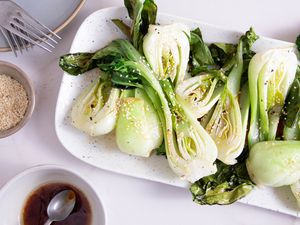 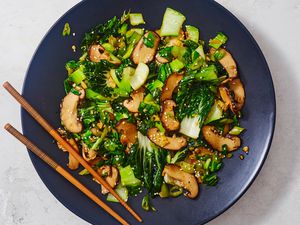 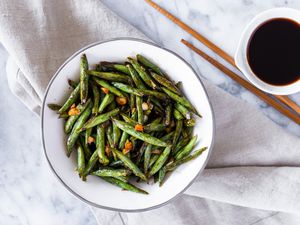