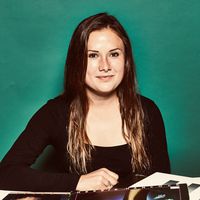 Marianne Williams
Marianne Williams is a recipe tester and developer who has been working in the Dotdash Meredith test kitchens since 2016. Her recipes are featured in Food & Wine, Southern Living, Real Simple, Rachael Ray, Health, Cooking Light, and in various other publications and digital platforms.
Learn about The Spruce Eats' Editorial Process
Megan Scott 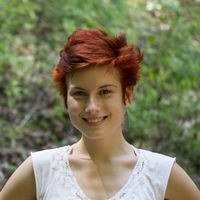 Megan Scott
Megan is a recipe developer and editor with 12 years of industry experience, most recently as culinary director at a marketing agency. In 2019, she also co-authored the 9th edition of the classic cookbook, Joy of Cooking.
Learn about The Spruce Eats' Editorial Process
Tested by
Megan Scott

Clams casino is for garlic-lovers. The super savory mixture of the clam butter is balanced by bright-tasting breadcrumbs which also provide the perfect textural contrast. There is enough bacon to amp up the savory factor but not so much that it overwhelms the flavor of the clams themselves.

The History of Clams Casino

The origin of clams casino, like many beloved classic dishes, is a murky one. It is often attributed to Julius Keller of the Narragansett Pier Casino in 1917, but “Soft clams a la Casino” was on the menu at the Central Park Casino as early as 1900. Clams casino was likely just one of a host of baked on-the-half-shell seafood dishes, including oysters Rockefeller, that were popular around the turn of the 20th Century. That the dish is still widely known and available, especially in New England, is a testament to its timeless deliciousness (and to bacon).

What Kind of Clams to Use for Clams Casino

Clams Casino uses littleneck clams, specifically the species Mercenaria mercenaria. These are not to be confused with the Pacific littleneck clam (Leukoma staminea), though both varieties work perfectly well for this dish. Because clams are bottom dwellers, they often take on quite a bit of sand and must be purged before cooking to avoid ruining the dish with a gritty texture.

My Clams Won't Open. Are They...Dead?

You may have heard the old saw that if a clam is still closed after cooking, then the clam is dead or spoiled—but the opposite is actually true. A closed clam is very much alive because it indicates that the clam is using its adductor muscle (the part you eat) to keep the shell shut. If some of the clams haven’t opened after cooking, transfer the open clams to a dish and steam the closed clams a few minutes more, until they open. On the other hand, clams that gape open before cooking and will not shut when nudged or rinsed under fresh water are probably dead and should be discarded.

"These clams have a deliciously balanced flavor, with the bacon coming through but not overwhelming the flavor of the clams. The breadcrumb topping provides the perfect bit of crunch." —Spruce Eats Test Kitchen

Cleaning your clams is a step you shouldn’t skip. Sand and grit can ruin a totally beautiful dish. After they soak in the salted water, don’t just pour them straight into a colander to drain - the grit at the bottom of the bowl will pour right back over them.  Remove and scrub, then rinse, and transfer to a clean bowl or sheet tray.

If you enjoy the combination of anise and shellfish, thinly slice some fennel and sauté it with the shallot. Swap the white wine for Pernod.

This recipe can be fully made ahead up until right before baking! Top the cooked clams with the compound butter, cover, and refrigerate, saving your breadcrumbs for topping right before baking. This is a really great option for a quick cook/clean up to serve at a party. 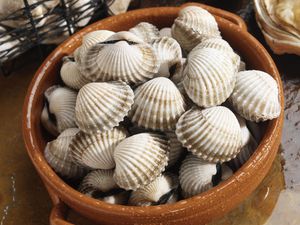 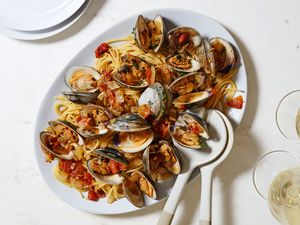 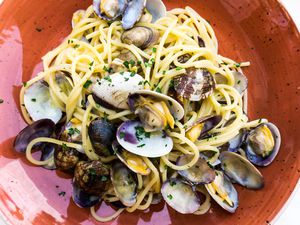 How to Prepare Live Clams or Mussels 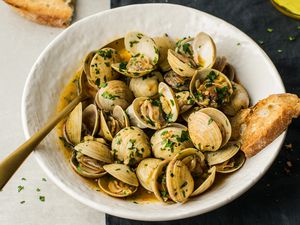 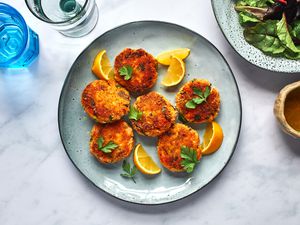 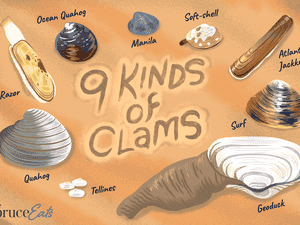 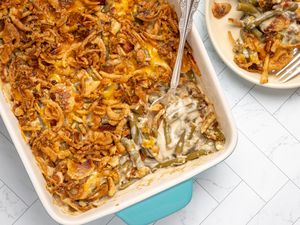 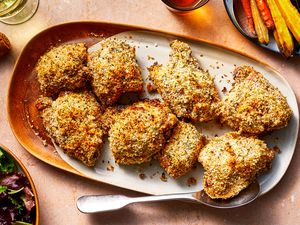 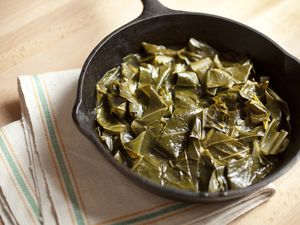 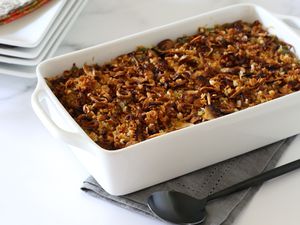 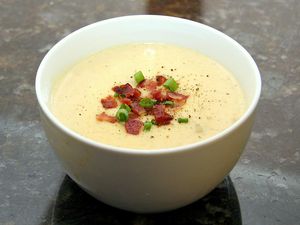 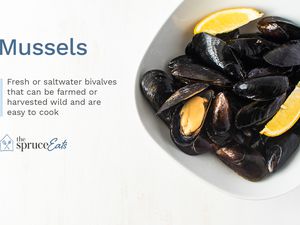