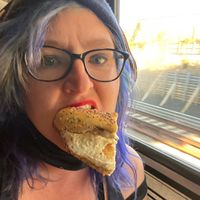 There comes a time in every young girl’s life when she conscientiously decides to become a woman. A moment when she, after much trepidation, chooses to cast off the shroud of girlhood, put aside childish things, and take her first grand stride into a more mature, refined existence. A moment when she decides that hers will be a life of elegance and luxury, and boobs be damned, she is ready to live that life now. That moment for me occurred in the September of 1991, and the vessel for my transformation was a cool, refreshing bottle of Clearly Canadian.

It had been an exhausting day of sixth grade—a day rife with lunchroom politics, cute boy drama, and state capitals. I had been emotionally and spiritually preparing myself for middle school since Pre-K graduation, or so I had thought. Despise my undiagnosed ADHD and insufferable precociousness, my feeble little girl mind was capable of only so much imagination, and—much like one cannot fully comprehend the true face of god—could not truly fathom the existential anguish of prepubescents. I was not a girl, but not yet a woman, and it would be another nine long years before Miss Britney Jean Spears would give voice to that pain. 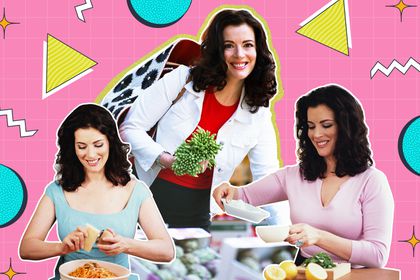 I stumbled through the early weeks of sixth grade society with an unnerving grin upon my face, the gleam of my braces distracting from the terror in my eyes. I was a child unmoored, adrift in a sea of hormones and Vanilla Fields eau de parfum, desperately seeking a lifeline that would save me from my existential anguish; a gift from the heavens that would allow me, a bumbling baby, to be born anew. Oh, but for a sweet elixr to cure my woes and ease my pain! Oh, for a magic potion to transform the weak and small into hulking mountains! Oh, to taste upon my Bonne Bell-streaked lips an elixir of adulthood!

I first glanced it on a fair fall afternoon at the bodega across the street from my school; a fair blue bottle shining like the sun, telling me to abandon my perusal of Little Debbie snack cakes to come bask in its presence. It whispered for me to come closer; to grasp its slender neck and hold it like a prize. Clearly Canadian was clearly unlike anything else in the refrigerator case; it was the most glamorous, most mature soft drink I’d ever laid my eyes upon. The Cokes of my youth became immediately irrelevant. In that moment, I knew who I was meant to become in this next phase of my life. I was meant to be a fancy lady of sophisticated tastes.

"Clearly Canadian was clearly unlike anything else in the refrigerator case; it was the most glamorous, most mature soft drink I’d ever laid my eyes upon."

Clearly Canadian was not a soda of childishly familiar yet undefinable flavors, like Pepsi or Mountain Dew. Clearly Canadian was a sparkling beverage imbued with flavors from nature, like Summer Strawberry, Wild Cherry, and Western Loganberry. Loganberry! I’d never even heard of such a rare, exclusive fruit, and there I was, a bottle of its essence in my prepubescent hands! Clearly Canadian did not traffic in electric-blue raspberries or “XXXtreme” tastes; its peaches were orchard peaches, its blackberries were from mountains, its cranberries were coastal.

As an early adopter, Clearly Canadian became my effervescent calling card, pushing me towards the head of the popularity pack. My peers saw me as a tastemaker; a girl—nay, a woman—who had her finger on the pulse of the future. I became the go-to authority on bodega-based cuisine. I had “a thing.” Might I possibly owe my entire career as a culinary kingmaker to that fateful bottle of Clearly Canadian? Perhaps. 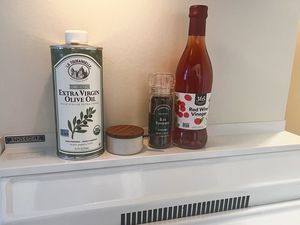