The western region of India includes the following states: Rajasthan, Gujarat, Maharashtra, and Goa. Even within these states, the cuisine varies based on the climate, history, and geographic particulars of each region. For example, Rajasthan and Gujarat have hot, dry climates, so the relatively smaller variety of vegetables available are preserved as pickles and chutneys. Goa is a major port known for trade and was colonized by Portugal, so is known for beef, port, and vinegar, which are all Portuguese influenced ingredients.

Geographical and Cultural Influence on the Regions Cuisine

Culturally, these Indian states are largely Hindu and vegetarian. Parts of cosmopolitan Maharashtra are coastal, and parts arid, and the food varies accordingly. Peanuts and coconut are important ingredients as they are freely available. Goa is known for its lush green coastline and busy trade port, so it has an abundance of fresh fish and seafood. Local dishes like Vindaloo and Xacuti testify to the fact that it was subject to Portuguese colonial rule until the 1960s.

This region probably has the most diverse styles of food in India. Rajasthani food is spicy and largely vegetarian but includes many delicious meat dishes like Laal Maas (red meat curry) while Gujarat’s cuisine is known for its slight sweet touch (at least a pinch of sugar is added to most dishes! and is traditionally entirely vegetarian. This area historically had a Chinese influence, which has influenced the sweetness of the cuisine.

Thaali (a large plate) is the Gujarati style of eating, and a meal can consist of as many as 10 different vegetable dishes, rice, chapati (Indian bread) and sweets! The Gujaratis love a snack and cook a huge variety of them. These are collectively known as Farsan.

In Maharashtra, coastal areas are famous for Malvani cuisine (fresh coconut-based hot and sour curries with fish and seafood) while the interiors have the more frugal, Vidharba cuisine which uses a lot of dry coconuts. Goan food is rich, piquant, and strongly flavored by coconut, red chilies, and vinegar.

In Gujarat and Rajasthan, the staple foods are corn, lentils and gram flour, dry red chilies, buttermilk, yogurt, sugar, and nuts. In Maharashtra, the culinary staples are fish, rice, coconut, and peanuts. In Goa, it's fish, pork, and rice.

Vegetable oils are the most common in all these regions. Popular oils include sunflower, canola, and peanut oil. Ghee is also commonly used as a cooking fat.

Some of the more popular Western Indian dishes are likely easier to find in the United States. Whether at a restaurant or searching for recipes on your own, look for Pork Vindaloo, Chicken Xacuti, Fish Curry, Bhelpuri, Thepla, Daal-Baati-Choorma, Laal Maas, and Ghewar. Shop at an Indian or international grocery store for any hard-to-find recipe ingredients. 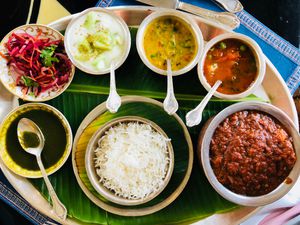 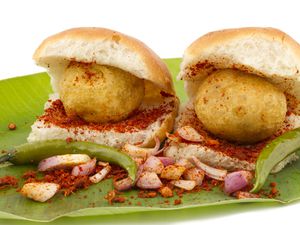 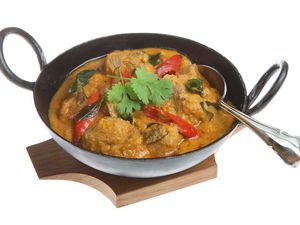 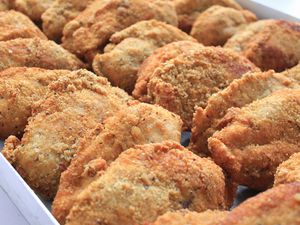 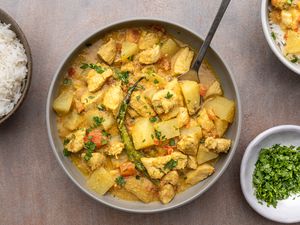 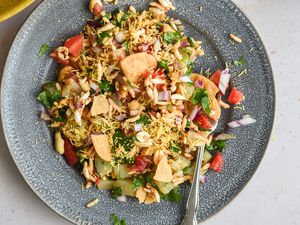 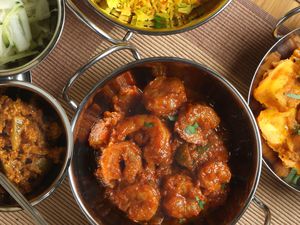 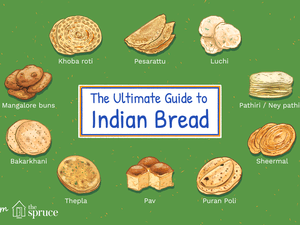