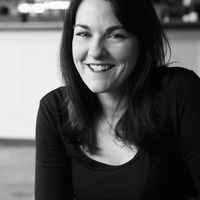 When you have a big ice habit but a tiny kitchen, the Della Portable Top Load Electric Ice Maker means you can have all the icy drinks you want without having to clear room on your countertop for a giant appliance.

We purchased the Della Portable Top Load Electric Ice Maker so our reviewer could put it to the test in her kitchen. Keep reading for our full product review.

There are people who have automatic ice makers built into their refrigerators, and then there’s the rest of us. Anyone who’s had to carefully carry an ice cube tray sloshing with water from the sink to the freezer, only to spill it as you try to perch it on lumpy bags of frozen peas, has undoubtedly wished for one. But not all kitchens are plumbed for an in-fridge ice-maker. Or maybe you have one but it broke. Or maybe you just love ice cream too much to devote so much precious freezer space to a big built-in contraption. That’s where countertop ice makers come in. No more messy trays and cursing at your frozen foods. Just plug it in, add water, and six minutes later you have ice. The trick is finding one that’s the right size for your ice-loving needs as well as your kitchen—especially when your kitchen is on the small side. Della, a 4-year-old company that specializes in portable appliances with a modern look, including air conditioners and washing machines, makes one of smallest countertop ice makers on the market. We tried out its 26-pound output portable ice maker to see if it could produce quality ice despite its small size. Read on to find out how it well it performed.

The Della Portable Automatic Ice Maker is ready to go right out of the box. Well, almost. If it’s been jostled around a bunch, you’ll need to let it sit for one hour before turning it on in order to let the coolant settle. Still, that’s half the time other countertop ice makers require, which is something to consider if you plan to take the ice maker on camping trips. Want to use it outside? Unfortunately, the manufacturer doesn’t recommend it. The ambient temperature of the air really impacts how well countertop ice makers make ice. If the air is really hot, or if the ice maker is in direct sun or too close to a heat source, the resulting ice will be small and skinny.

We liked that the Della ice maker is much smaller and more lightweight than many other countertop ice makers. It really is portable—about the size of a tall bread machine and just as hands-off. To test, we plugged it into a standard three-prong outlet, lifted the lid, poured water into the reservoir up to the shelf that holds the basket, and selected whether we wanted small or large (i.e. thicker) ice. The reservoir holds about 8 cups of water, and the manufacturer says it’ll make 26 pounds of ice per day, though we had to transfer the ice to a bag in our freezer almost every hour while we had it running.

Getting a big cup of ice in less than 20 minutes was a joy for this ice-loving but ice-deprived household.

We made ice with the Della on several different occasions, and every time noticed that the first round of ice after powering it on was very skinny and melty. And since the Della only has nine evaporators, you only get nine very skinny and melty pieces of ice. That first round is definitely not enough to cool down a drink. In fact, it will take about three batches (about 18 minutes on the small ice setting) to get enough ice to fill a pint glass about three-quarters full. Still, that timing is similar to other ice makers we tried, and getting a big cup of ice in less than 20 minutes was a joy for this ice-loving but ice-deprived household.

After the first couple rounds, the ice was thicker and more substantial, but the small setting on the Della produces ice that’s skinnier than the small setting on some other brands we tried. And since the ice is hollow and skinny, it does tend to melt rather quickly. On the other hand, it’s great for those who like to crunch their ice.

Since the ice maker doesn’t have refrigerated storage (most don’t), the resulting ice starts to melt as soon as it hits the basket. As it makes more ice, a critical mass of coolness slows the melting down, but by the end of an hour, the basket will be full with a mix of small and larger pieces. Because the ice is wet on the outside, we found that it stuck together when we tucked it into a bag in the freezer for longer storage. However, it was easy to pry the ice apart with our hands.

The Della is pretty quiet, though we noticed its fan was a bit noisier than other countertop models we tried.

Many countertop ice makers look like big, square, commercial behemoths. The Della, by contrast, is designed with rounded edges for a friendlier, yet still modern look. A touchpad on top keeps the appliance looking clean instead of cluttered, and a large window allows you to spy on the ice as it’s being made, which is actually pretty fun. It’s narrow enough that it takes up a small footprint on a kitchen counter, which is important for tiny kitchens and RVs, where space is at a premium.

However, since the appliance is so small, we had to empty the basket about every hour to keep the ice coming; when the machine detects the basket is full, it will shut off. Larger ice makers have larger baskets that don’t get as full as quickly, so they don’t need to be emptied as often.

Since the appliance is so small, we had to empty the basket about every hour to keep the ice coming; when the machine detects the basket is full, it will shut off.

We tested the stainless steel version and noted that it was prone to getting fingerprints. If that’s a concern, the black, red, or gray versions might be a better choice. A plugged hole underneath the ice maker allowed us to drain the excess water into a bowl or over the sink. We found it was hard to use at first since we couldn’t really see the plug unless we crouched way down, but once we got the hang of it, it was actually a lot easier than a plug on the side. We just scooted the ice maker toward the edge of the counter so it hung off a bit and held a bowl below. With side plugs, we’d have to turn the whole unit sideways and hang it over the edge in order to position a bowl underneath, or we’d be forced to lug the whole thing to the sink.

There’s not a lot to this ice maker—just two ice settings (small and large)—and no self-cleaning function or timer, which some pricier brands have. We found the timer was especially useful if we wanted to set a delayed start; we could schedule ice to be made before we got home from work or before we got up in the morning.

The simple touchpad has an indicator for when the basket is full, another for when it needs water, an on/off button, and one button for each ice size setting. (Both the small and large settings make hollow bullet-shaped ice, but the large is thicker and lasts longer.) The unit does come with a little plastic basket for the ice and a small plastic scoop.

Some countertop ice makers have self-cleaning functions so that you can clean the inner workings on a set cycle. Not so with the Della. The manufacturer instructions recommend simply washing the interior with soapy water and a soft cloth, then draining through the plug, which we found very easy to do.

Ice makers can get moldy and mildewy when not in use. If you don’t plan to use it for a while, be sure all the water is drained out and dry the interior thoroughly.

With a list price hovering around $170, the Della Portable Top Load Electric Ice Maker can usually be found for even less and is one of the cheapest countertop ice makers on the market. Other brands offer ice makers around the same size with the same features at a similar price range. However, if you want a larger-capacity ice maker with a few more bells and whistles, expect to pay closer to $200.

The Della and the hOmeLabs ice makers look nearly identical. They have the same shape, size, capacity, and features. Even the size of the window on top is the same. The difference is in the variety of offerings: The Della comes in a larger line of colors, including an eye-popping red, while the hOmeLabs is only available in stainless steel. On the plus side, though, hOmeLabs doesn’t have the logo on the front, just the top, which makes for an even cleaner appearance.

A good choice for small spaces

If you go through a lot of ice and don’t have an ice maker built into your fridge, a countertop ice maker is a great alternative to sloppy ice trays or giant bags of store-bought ice. For those with tiny kitchens, whether it’s an apartment or an RV, the Della Portable Automatic Ice Maker is the one to get. It won’t take up too much real estate on the countertop, won’t break the bank, and comes in a variety of colors.