Decadent dessert nachos are exactly what you need at your next party! Super-easy cinnamon sugar chips are topped with luscious melted chocolate and a super easy homemade cream cheese icing. Fresh strawberries and whipped cream complete this gorgeous plate of crunchy goodness.

The variations are endless! There's so many ways to get creative with sweet and savory toppings!

Cacao Like the Aztecs Never Dreamed Of - Mexican Chocolate Sauce 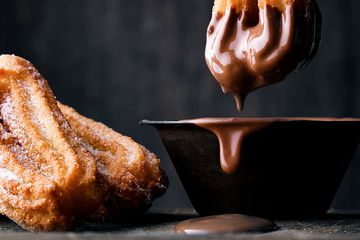 There are so many tasty possibilities!