No one likes cleaning the oven. It's messy, it's uncomfortable, and it takes a lot of scrubbing. So it's no wonder that the idea of finding an easy way to complete this task is so appealing. Let's take a look at some of the most commonly recommended methods for cleaning the oven.

Why Is a Clean Oven Important?

One obvious reason to keep your oven clean is that burnt particles of food in the oven can impart a burnt flavor to whatever you're cooking. But a dirty oven is also inefficient, and it just doesn't look nice.

When you cook food in the oven, particles of fat combined with carbonized particles of food are dispersed throughout the oven. This material adheres to the walls of the oven, and the glass window, and when it's heated it hardens into a plastic-like substance which defies any amount of scrubbing. This happens repeatedly, with layer upon layer of this baked-on grease building up, until you can no longer see through the window of your oven.

In fact, that baked-on grease is a form of plastic, formed by the polymerization of the fatty acids in the grease. It's much the same material that's formed when you heat oil in a cast iron pan to season it. Seasoning forms a hard layer of polymerized fat that prevents food from sticking to the pan. Oven gunk is basically that, but with lots more soot mixed in with the fat.

How Often Should I Clean My Oven?

Experts suggest cleaning your oven every three to six months to prevent this buildup from accumulating. But first we need to get rid of the buildup that's accumulated since the last time you cleaned it, whenever that was.

The oven's self-clean function is probably the best way to do that. The self-clean cycle involves locking the oven and heating it to anywhere from 700 to 900 F, which basically incinerates the baked on grease, converting it to ash which can be easily wiped away with a damp cloth. It takes several hours, during which you can't use your oven, and it generates a lot of heat and potentially a bit of smoke as well. Be sure to open windows and turn on your vent hood.

Store-bought oven cleaner, like Easy-Off, contains caustic lye, or sodium hydroxide, which is alkaline. If you remember your high school chemistry you may recall that alkalis will dissolve oils and fats, while acids do not. Oven cleaner also contains various solvents and surfactants, but it's the sodium hydroxide that's doing the real work of liquefying that hardened, plastic-like grease.

And it works really well. In fact, many cooks use Easy-Off to strip the seasoning from an old cast iron pan before reseasoning it. If you really want your oven to be sparkling clean, store-bought oven cleaner is highly effective. Just be sure to follow the usage directions carefully.

How Do I Clean My Oven Without Oven Cleaner?

What about the many frequently touted suggestions for using so-called "natural" cleaners as an alternative to store-bought oven cleaner? These techniques typically involve baking soda along with vinegar and/or lemons, and to the extent that they work, it's because these substances are themselves chemicals. Baking soda consists of something called sodium hydrogen carbonate. Vinegar is a solution of acetic acid, and lemons contain citric and malic acids. But remember, acids don't dissolve oils and fats, so vinegar and lemon will have no effect on the baked-on grease in your oven.

Note that while the vinegar does nothing to clean the grease, it does combine with any residual baking soda to form water, which can then be wiped away.

FICTION: Cleaning the Oven With Lemons?

Some enthusiasts recommend cleaning the oven using nothing but lemons, but as we discussed earlier, acids have no effect on the baked on grease inside your oven. Some methods involve placing an oven-safe bowl of water with a cut up lemon in it inside the oven, heating to 250 F for 1 hour, then letting the oven cool and wiping down with a damp cloth. This method will 100 percent not work, but we're including it here so you can see for yourself.

Another method that will absolutely not work, but is nevertheless frequently touted, is to cut up a lemon and literally smear it all over the inside of your oven, let it sit for half an hour or so, and then wipe it off with a damp cloth.

How to Clean Your Kitchen With Vinegar 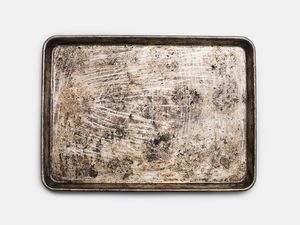 How to Clean Baking Sheets 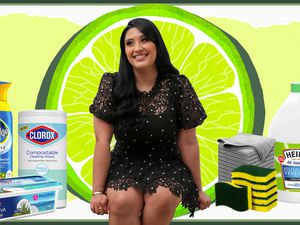 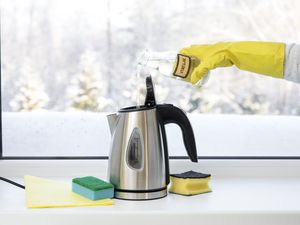 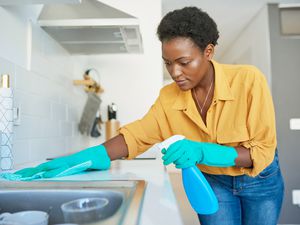 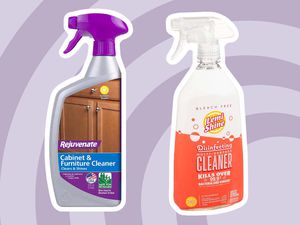 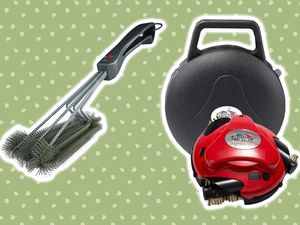 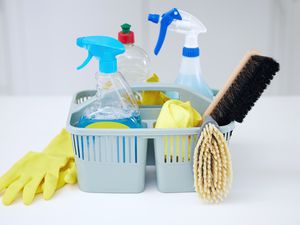 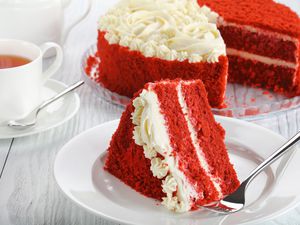 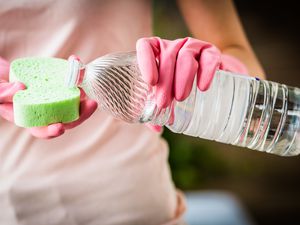 How to Clean Your Kitchen With Vinegar 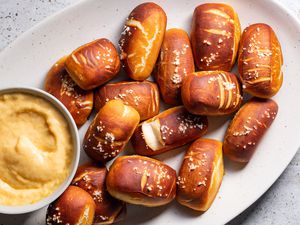 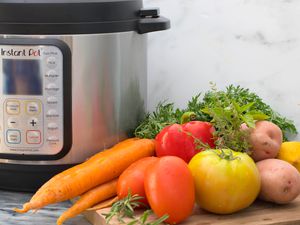 How to Clean an Instant Pot