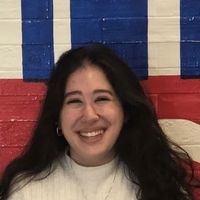 A single conversation with Carlo Lamagna leaves you feeling as though you’ve known him for a decade. Eating one of his dishes, then, is like meeting the whole family.

Lamagna credits his love for Salisbury steak (and his early respect for locally sourced ingredients) to his early childhood spent in the Detroit suburbs with his Filipino family. His father and uncles butchered whole goats in the garage, emerging hours later with pots of goat kaldereta—and prompting several nosy neighbors, unfamiliar with whole-animal butchery, to call the cops with reports of animal sacrifice.

At age 11, Lamagna returned with his father Wilfredo to the Philippines, where he reconnected with his Ilocano roots. A decade later, after dropping out of college, he returned to the US to train at the Culinary Institute of America. After stints at fine-dining restaurants from Detroit to Chicago, Lamagna began hosting a series of successful Filipino food pop-ups. In 2019, he opened Magna Kusina in Portland, Oregon, which was named Portland’s Restaurant of the Year just two years later (that same year, Lamagna was named one of Food & Wine’s 2021 Best New Chefs). This year, he nabbed a James Beard nomination for Best Chef: Northwest and Pacific.

I recently sat down to talk with him about where he came from, what he’s learned, and why Filipino food might finally be having the moment it’s long deserved.

When did you realize you wanted to open your own restaurant and cook Filipino food?
As a professional chef, I always pursued the classic route, right? Go French, Spanish, Italian, all these different things. Because in society, that's what's ingrained in you, especially here in the US. To be successful, you look at the French Laundry, you look at Daniel Boulud, you look at all these high-end chefs. Eric Ripert, all these guys. And you're like, well, I need to be like them, so I need to train like them. So you do.

So, it was 2009 when my Dad passed away from cancer. It was... it was kind of a surreal moment, a movie moment. It was just a few days before he passed, and he and I were talking. He finally said, ‘I'm not worried about you.’ And that was a big moment. He said, ‘Just promise me one thing. Don't forget who you are and where you came from.’

My Dad was a very proud Filipino. Throughout my entire cooking career, he’d say, ‘Oh, why don't you make this? Why don't you add this? Why don't you try cooking them adobo?’ I said, ‘Dad, nobody wants to try it. Nobody wants to eat that. That's not what they're looking for.’ It took a sad moment in life to really trigger that fire, ignite that spark. And here we are, oh, 13 years later now. And I own a Filipino restaurant.

You’ve spoken openly about your Dad, and the dish you’re cooking for us here is inspired by your Mom. How does your family influence the dishes you make?
My entire family—my Mom, my Dad, my sister, and my brother—they're the reason I am who I am today. Their influence is in everything. The lumpia I make is my Mom's recipe. The adobo I make is the way my Dad traditionally did it. All the dishes, and everything I do at the restaurant when it comes to food and drinks—because I still write the cocktail menu—everything has a story. Everything is connected. For those who want to hear the story, who want and are willing to listen, I'll tell it.

To say that Magna is a family restaurant, it's a very true statement. And now I'm teaching this to other chefs and cooks, feeding it to other people. It's amazing.

Filipino food is starting to really, finally, come into the culinary spotlight—especially in the Pacific Northwest. How does it make you feel not only to watch this, but to be a part of this culinary ambassadorship?
It’s surreal. I mean, Filipinos were some of the first Asians to set foot in North America, and it’s mind-blowing to think that for as long as we’ve been here, our food has been bubbling under the surface. So it’s amazing to be part of this first major wave. Because there have been spurts, right? Amy Besa and Romy Dorotan from Purple Yam in New York. Nicole Ponseca of Jeepney and Maharlika. They were putting it out there, but nothing really ever caught. There were these brief moments, like going surfing. You're working the sets, and you catch this one great wave… but then your next wave doesn’t come for a long time. What's happening right now is that we're riding the big one.

Do you ever feel pressure to represent Filipino food a certain way?
All the time. You always feel that pressure. But a friend of mine just taught me the saying, ‘a rising tide floats all boats.’ There's no reason why we can't all share in this awesome upbringing. And in finally making Filipino food an answer to the question we all ask: ‘What do you want to eat tonight?’

Where do you go for inspiration? Is it backwards, is it forward, or both?
Both. Definitely both. I look for inspiration in the past; I’m always inspired by things that have transpired. History, origin stories… I’m a comic book nerd, so I’m always interested in wheres, whys, and hows. And looking forward is fun because you think, ‘how can we reimagine the past?’ I’m not reinventing the wheel. But how cool is it to be able to make sinigang with rhubarb instead of sampaloc? How cool would it be to make kare-kare peanut free, because of allergies? Some of these innovations that we’ve made at the restaurant have evolved out of necessity. To me that’s ‘looking forward.’ It’s like, ‘that worked; what else can we do?’ So, I’m inspired by the past, for sure, but I’m working towards a better future. 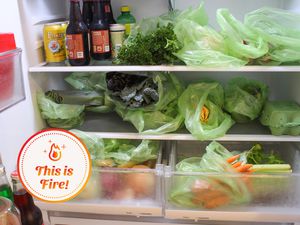 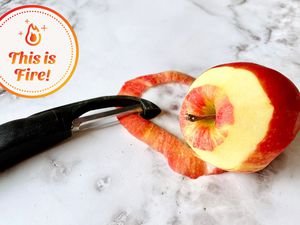 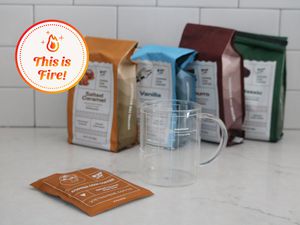 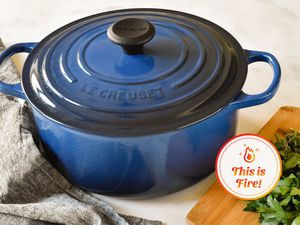