The Floradora is a classic cocktail that you might not know, but you should know because it is a truly fabulous gin drink. It is semisweet, tall, refreshing, and beautifully pink.

The cocktail was named after an early 1900s Broadway musical comedy. The name was originally ​spelled "Florodora," following the show, and the cocktail was a hit among New York's high society up through the 1950s.

Originally, the drink was made with raspberry syrup, but it now uses a framboise liqueur (raspberry flavored) almost exclusively. There are a number of raspberry liqueurs available; Chambord (black raspberry) is the most common poured into today's Floradora cocktails.

How Strong Is the Floradora?

Depending on how tall your glass is, the Floradora can be a very light cocktail. With Chambord, an 80-proof gin, and a 4-ounce pour of ginger ale, it is a delicate 9 percent ABV (18 proof).

The Story of the Floradora Cocktail

To understand the history of this cocktail, one must look to the theater. If you thought that only modern movies have inspired drinks in the bar, then you would be surprised to find out that it's not a new practice.

Prior to Prohibition and at the turn of the 20th century, stage productions on Broadway were the highlight of fashionable society. As Eric Felton notes in his book "How's Your Drink?," a New York Times article in 1913 quotes a maître d' as saying the women "insist on having new cocktails made, and they have to be named after something that interests them."

"Florodora" was a comedy musical that made its debut at the Lyric Theatre in London in 1899. It is filled with dancing and a cast of six very beautiful women. It made its American debut at the New York City's Casino Theater in 1900 and ran for an impressive 505 performances.

The musical quickly became the talk of the town and had its share of critics. It was only natural, given the resounding success of "Florodora" and the desire for new theater-themed cocktails, that the Floradora cocktail was born. It had that seductive sweetness and high style that would appeal to the theater crowd, and the pink color fit perfectly with the theme.

The cocktail continued to appear in many bartending books through most of the century and has seen a revival in this new century. The Floradora truly is a stunning drink, and the story only makes it that much more interesting. 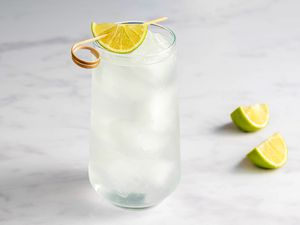 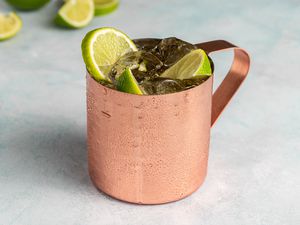 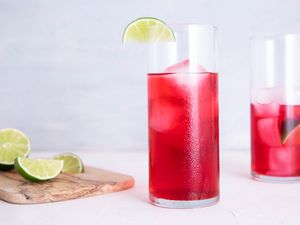 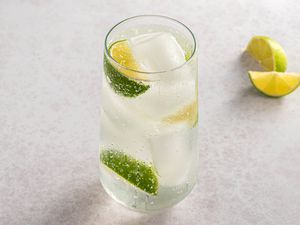 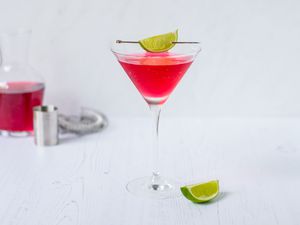 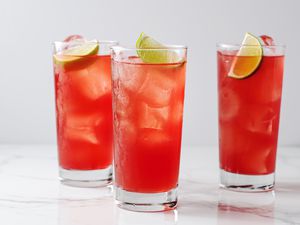