The French Pearl is sweet, but not in the sense of the typical sweet cocktails we're used to. This one is what we might call botanically sweet.

The cocktail was created by Audrey Saunder for Pernod Absinthe. It includes the rich Plymouth Gin and an aromatic absinthe, which is refreshed with fresh mint. Then, a little rock candy syrup is thrown in for flavor and fun. The lime brings it all together with a touch of sour and citrus. It is best to avoid using a sweetened lime juice because the cocktail will become overly sweet and unbalanced.

With all of these great flavors combined, the French Pearl is a great drink for any occasion, including Valentine's Day.

About That Rock Candy Syrup

Rock candy syrup can be made at home or purchased. Essentially, it is a super-saturated syrup made like simple syrup, but with so much sugar that it will no longer dissolve. If you add too much sugar and allow the syrup to rest, you will have rock candy crystals form. The trick to keeping it in syrup form is finding the balance between sugar and water.

It may be easier to use a rich simple syrup, which can quickly be made at home. Otherwise, syrup brands like Amoretti make a great rock candy syrup that you can use in the French Pearl.

How Strong Is the French Pearl?

Despite the absinthe, this is not a terribly strong cocktail because it is such a small pour. When made according to the recipe, the French Pearl has an alcohol content around 23 percent ABV (46 proof).

The absinthe ingredient can be a bit confusing because of the histories of the Pernod brand and absinthe. To help you out when looking for a bottle, here's the story in brief.

The name "Pernod" has been in the world of absinthe since the Pontarlier, France distillery opened in 1805. It was started by Henri Louis-Pernod and was one of the leading absinthes on the market through the 19th century.

In 1915, the first ban of absinthe was instituted because grand wormwood (the key ingredient) was thought to cause hallucinations. This shook up the absinthe market, which had moved beyond France to all parts of the world. Distillers like Pernod were forced to make some tough decisions.

Like many of their competitors, Pernod turned to creating a pastis that would replace the beloved absinthe. Pastis are anise-flavored liqueurs that are sweetened and often bottled at a lower 40 percent ABV (80 proof). They are a favorite aperitif in France and many other countries where the distinct flavor of anise is coveted.

Pernod's pastis was first released in 1922 and became known simply as Pernod. It has made a few changes over the years, but is a 40 percent ABV liqueur that is sweetened, flavored with star anise, and has a yellow hue. Like the absinthe it was meant to replace, it too clouds up when water is added.

Fast forward to the end of the 20th century when wormwood was found to not be as harmful as previously thought. In the late 1980s, Europe started allowing wormwood spirits, the U.S. lifted its absinthe ban in 2007, and France followed in 2011.

This quickly led Pernod (now owned by the Pernod-Ricard company. Ricard is another popular pastis) to revive their absinthe. It too has seen a few variations, including Pernod Absinthe Supérieure which contained some artificial coloring and was not to the liking of absinthe enthusiasts.

In 2013, Pernod Absinthe 'Original Recipe' was released and is from an 1890s recipe for the company's absinthe. The green color now comes from green nettles macerated in a wine-based distillate. As The Wormwood Society points out, this is not the first 'original' recipe, which makes Pernod even more confusing.

Both Pernod and Pernod Absinthe are available in various international markets. They do a fair job of acting as substitutes for one another, though it's important to remember that absinthe is not sweetened and there is a noticeable difference in taste.

When looking at bottles with the Pernod label, be sure to look for the word Absinthe. If the label does not have that, then you are looking at the pastis. Also, the pastis is 40 percent ABV while the absinthe is bottled at 68 percent ABV, which is another big difference. 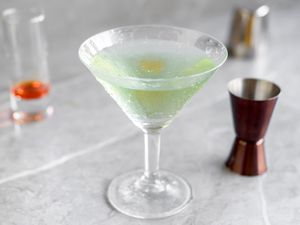 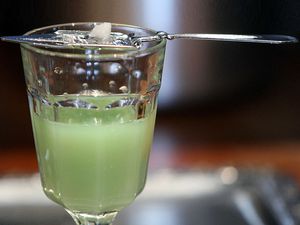 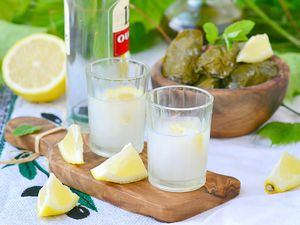 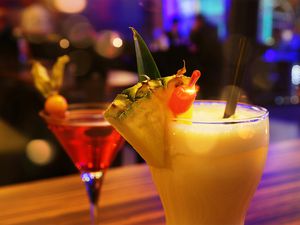