Whether you're cutting back on meat or just craving a lighter dinner, it's a good time to put fresh tuna on the menu. Meaty tuna steaks and fillets cook quickly on the grill or stovetop, and the subtle flavor can be enhanced by a variety of sauces and seasonings. High-quality ahi tuna is also delicious eaten raw in thin slices or as part of sushi rolls—and even makes an outstanding burger.

Know The Differences Between Different Types of Tuna 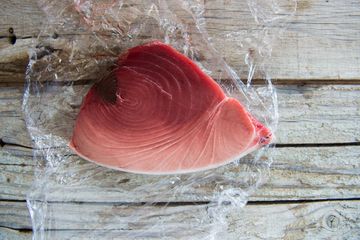 Featured Video
6 Tips for Making the Best Tuna Ever