Mexican cuisine features many delicious fruits and veggies! The trick is finding them in season. The most popular fruits and vegetables in the Mexican diet are mangos, tomatoes, tomatillos, and corn. Here is everything you need to know about where and when to find them!

Mangos are a tropical fruit and grow best in a warm, humid climate. Most mangos are grown and eaten in India, but they are now grown in many other places. Some of the best areas for growing mangos are southern Mexico, Panama, Jamaica, Trinidad, Thailand, and throughout much of Asia. The southern part of the state of Florida in the United States also has a good climate for mangos.

Some varieties of mangos grown in Mexico include the "Manilita" which is ready to eat around May and the "Tomy", "Sensacion", "Ataulfo", and "Manila" which are readily available throughout June and July. In the United States, you may find "Tommy Atkins", "Torbet", "Kensington", "Haden Glen", "Lippens", "Van Dyke", and "Sensation" as well.

A few types of mango are ready to eat before the others, such as the "Rosigold," which ripen in late March. Most varieties ripen in June and July with a few late bloomers that produce fruit into August.

Tomatoes originally come from South America and were introduced to Europeans through the Spaniards. In Mexico the tart, green tomatillo is referred to as a tomate and the red, round tomato as jitomate.

There are many varieties widely available such as the "Roma", "Beefsteak", "Cherry", and "Grape". Another member of the tomato family is the "Tomatillo" which is a small hard green fruit in a papery husk that must be removed before eating.

Tomatoes begin ripening in June and continue through August. You may still get a few small ones in early September. The tomatillos have a longer season beginning in May and ending in November.

Corn was cultivated by humans and cannot survive in the wild without care. Indigenous peoples in Central America developed corn from wild grass about 7,000 years ago. It eventually spread north into the area now known as the southwestern United States and south as far as Peru. When Columbus discovered America, he brought corn back and introduced it to Europe.

The many types of corn include "Flint" which is Indian corn with white, red, or brown kernels—it is the type of corn used as popcorn. "Field" corn is what is processed into feed for cattle. The kind you find in the grocery stores is "Sweet" corn which can be eaten off the cob. "Sweet" corn is also classified as yellow which has larger kernels and white which has smaller, sweeter kernels.

Huitlacoche, a fungus that grows on ears of corn is a delicacy in Mexico and is enjoyed in various dishes, such as in succotash, omelets, or as a filling for tacos or tamales.

Corn season runs from May through September. The corn is best used immediately after picking because the sugars gradually turn to starch, making it less sweet. 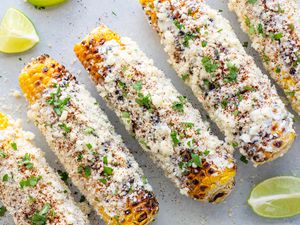 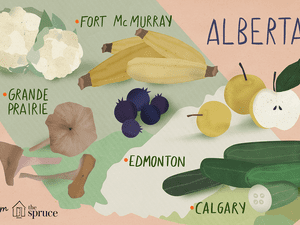