Which potato is best for a certain recipe?

Potatoes are a large part of the German culinary culture, even though they didn't appear on the German table until 1716. Their earliest introduction was a half-century earlier in Bavaria, but they were thought to be poisonous, so the peasants wouldn't adopt them until Karl V ordered them to grow and eat potatoes or have their noses cut off.

Countries each have their own specific potato varieties which are very popular and grow well in their climate. There also is a concern about various blights and other potato diseases which make the dissemination of potato varieties difficult across borders. Add to that the fact that new varieties of potatoes must be registered in Germany to be grown there, and the registrants then have an exclusive, 30-year license to sell their seed potatoes, and you understand why German potatoes can't be found in the States. North America does have some very nice varieties and, especially at farmer's markets, you should be able to locate some specialties outside of the grocery store that have characteristics you want for cooking.​

By law, German groceries are required to state where each type of produce originated (Israel, Spain, etc.) and are encouraged to state the exact variety of a vegetable. In contrast, U.S. stores only list a generic name (yellow potato, red potato) and often, the origin is unknown. Add to this the fact that there are hundreds of potato varieties, some of which have agreeable characteristics, while others are better-being mass produced and have little flavor, and they all look alike.

German stores do label a potato as to whether it is festkochend, vorwiegend festkochend, or mehlig kochend, which we describe in order as waxy, medium or primarily waxy and floury, or starchy.

Festkochend (Waxy)—These are potatoes with a low starch content, which hold up well after cooking. They are good for salads, salt potatoes, bratkartoffeln or fried potatoes, and casseroles and soups.

In Germany, the varieties you might see are named Cilena, Linda, Nicola, etc. In the US, the waxy types are mostly red potatoes, including Chieftain, Red La Sota, and Klondike Rose. Fingerlings also are waxy. Try waxy varieties in hot German potato salad with bacon or Schwaebische potato salad.

Vorwiegend Festkochend (Primarily waxy) or middle levels of starch—These are your all-around workhorses and do well in mashed dishes as well as gratins or potato salad. In the U.S., these include the yellow and white-fleshed varieties, such as Yukon Gold, Cascade, White Rose, and Yellow Finn. In Germany, you might see Christa, Granola, or Laura. Experimentation will lead you to your favorite varieties for each recipe. This is the most popular variety in Germany, as you can use them in almost any recipe. such as in batkartoffeln or German potato pancakes.

Mehlig Kochend (Floury or starchy)—These potatoes bake up light and fluffy, mash and puree easily, and break down in soups to give a broth body. The quintessential potato in the US is the Russet and its offspring. Blue potatoes also are starchy and can be baked or microwaved with success. In Germany, these potatoes are also used in potato dumplings and include varieties like Adretta and Likaria. Try starchy types in homemade German potato dumplings or himmel und erde.

Frühkartoffeln (New Potatoes)—These can be any one of the three types of cooking potatoes. They are harvested and sold without curing the skin for storage. They are considered a great delicacy in Germany, served boiled in their jackets with butter and dill. They are available from May until August and are mostly grown in warm countries like Egypt and Spain. You don't usually peel new potatoes but scrub them instead and eat the skin.

How to Cook Potatoes

German cooking usually prescribes potatoes be cooked whole, then peeled. This is not always practical in North America because store-bought potatoes are usually several times larger than German varieties (regional preferences) and mechanized harvesting and long storage results in many potatoes with large gray and black spots which must be removed. Also, in the supermarkets, it is hard to know whether the potatoes have been sprayed with pesticides or other chemicals for longer shelf life. German food regulations must specify whether the potato has been treated in any way, including radiation to increase shelf life.

One way to find potatoes you can cook whole and use in German recipes is to shop at farmer's markets and upscale grocery stores which offer a greater produce variety. Another way is to grow a few potato plants in your garden and enjoy the harvest for a few weeks in the fall. Potato growing is not very difficult as long as you keep the plants watered regularly. 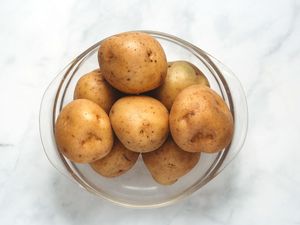 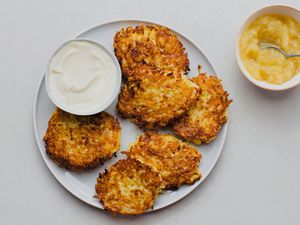 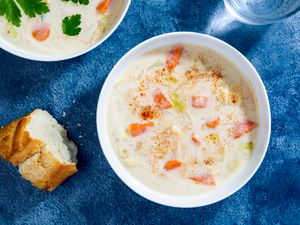 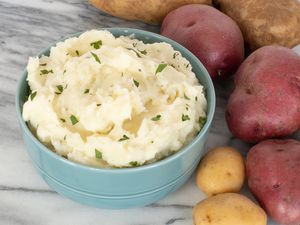 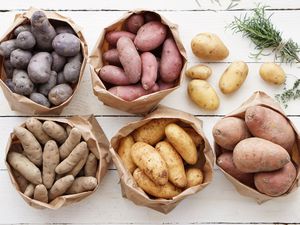 A Definitive Guide to 10 Types of Potatoes 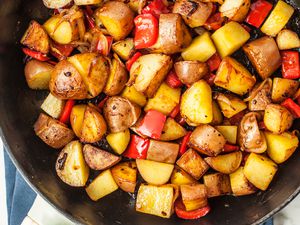 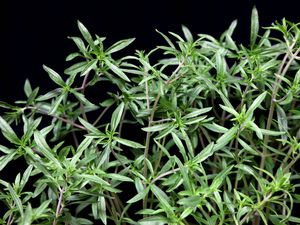 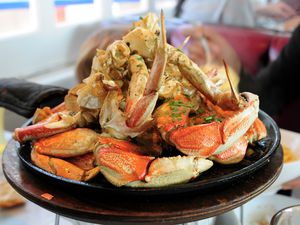 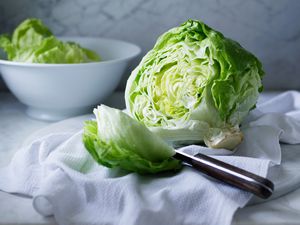 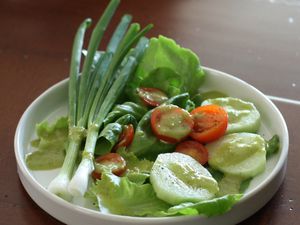