Tea has been cultivated for centuries, beginning in India and China. Today, tea is one of the most widely-consumed beverages in the world. Hundreds of millions of people drink tea, and studies suggest that green tea (Camellia Sinensis) in particular has many health benefits.﻿﻿

There are 3 main varieties of tea: green, black, and oolong. Green tea is made from unfermented leaves and reportedly contains the highest concentration of powerful antioxidants called polyphenols. Antioxidants are substances that fight free radicals, which are damaging compounds in the body that change cells, damage DNA, and even cause cell death. Antioxidants, such as polyphenols in green tea, can neutralize free radicals and may reduce or even help prevent some of the damage they cause.

In traditional Chinese and Indian medicine, practitioners used green tea as a stimulant, a diuretic (to help rid the body of excess fluid), an astringent (to control bleeding and help heal wounds), and to improve heart health. Other traditional uses of green tea include treating gas, regulating body temperature and blood sugar, promoting digestion, and improving mental processes.

Green tea has been extensively studied in people, animals, and laboratory experiments. Results from these studies suggest that green tea may help treat the following health conditions:

How Much Tea to Drink

There are as many answers to this question as there are researchers investigating the natural properties of green tea. The following are just some examples of recent studies related to green tea drinking:

How can you make sense of these conflicting claims? Given all the evidence, it is probably safe to aim for drinking four to five cups of green tea daily. If you're a real devotee, by all means, drink more; but whether or not you'll derive added health benefits remains to be determined by further research.

How to Brew a Cup of Green Tea

Producing the perfect cup of green tea is a tricky process. If not handled properly, those same polyphenols that provide health benefits can ruin the flavor, making the tea taste "grassy." It's particularly important not to over-brew green tea. While it's best to follow the manufacturer's instructions for each variety of green tea, here are some general instructions:

*One to two teaspoons, depending on the variety of green tea you are brewing. 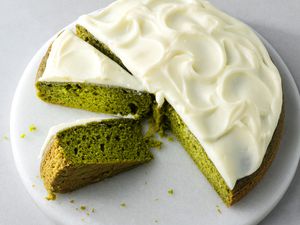 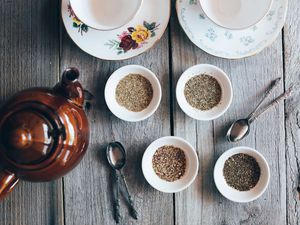 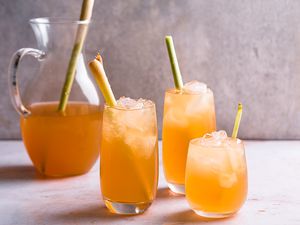 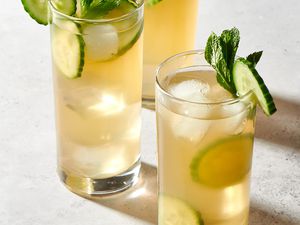