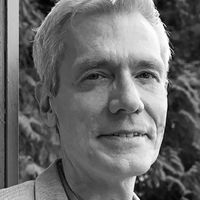 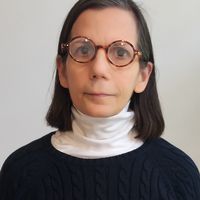 Every supermarket carries a variety of beef roasts, and often the labeling can be confusing, especially if you don't know the steer primal from which the roast is cut. The following beef roasts―with photographs from a butcher's block and recipes―are the roasts you'll frequently find in a market or butcher.

Chuck roast is cut from the cow's shoulder. It is a heavily exercised muscle, which gives the beef good flavor but it also makes it tough. Chuck is often ground for hamburger because of its high ratio of fat to meat (20 percent fat to 80 percent meat is considered the best for a hamburger).﻿﻿ Chuck is used for a ​pot roast or, when cubed, stew, because the connective tissue melts as the chuck braises and self-bastes the beef, making it very tender. Other roasts cut from the chuck are Boston Cut and English Roast or Cross Cut.

Eye of Round Roast

A rib roast is cut from the rib section between the shoulder and the short loin (behind the ribs). The three most common rib roasts are Standing Rib Roast, Rolled Rib Roast and Rib-Eye Roast.

The top round roast is cut from the upper thigh of the hindquarters of the beef cow. The top round is not a heavily worked muscle, which results in a roast that's more tender and flavorful than other cuts from the round. Top round is often mislabeled and sold in supermarkets as London Broil, which is not an actual cut of beef but a method for cooking tough cuts. Top round roast can also be braised, roasted, stewed or cooked in a slow cooker. You can even slice it for use in sandwiches.

Rump roast is a triangular cut from the upper part of the round or the hindquarters. Like other well-exercised muscles, the beef is lean and flavorful, but because it can be quite tough, the rump roast should be cooked slowly at lower temperatures (such as the pictured pot roast), which allows time for the cut's connective tissue to soften and melt.

5 Essential Things to Know About Roasting
Article Sources
The Spruce Eats uses only high-quality sources, including peer-reviewed studies, to support the facts within our articles. Read our editorial process to learn more about how we fact-check and keep our content accurate, reliable, and trustworthy. 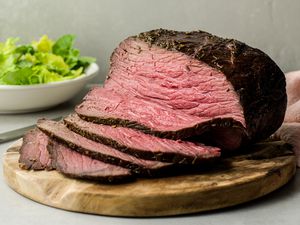 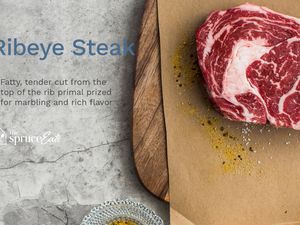 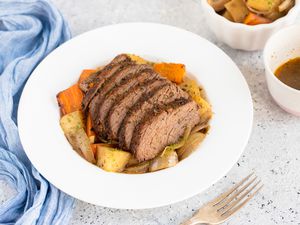 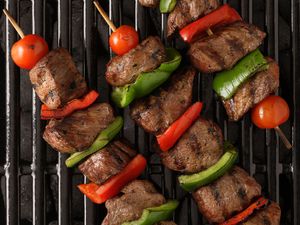 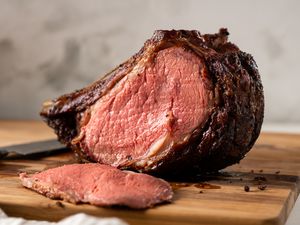