The British Love of Teas

Tea is the British and Irish national drink. Tea in Britain is drunk daily, often many cups a day, but from where did this love of teas in Britain come?

A Very Brief History of Teas in Britain and Ireland

Tea was first brought to Britain in the early 17th century by the East India Company. It was an expensive product and one only for the rich and often kept under lock and key. Catherine of Braganza, wife of Charles II introduced the ritual of drinking teas to the English Royal Court and the habit adopted by the aristocracy. The first tea shop for ladies opened in 1717 by Thomas Twining and slowly tea shops began to appear throughout England making the drinking of teas available to everyone. The British further developed their love of teas during the years of the British Empire in India.

There are currently almost 1,500 different teas in Britain. They all vary in style, taste, and color.

India is one of the leading growers exporting 12% of the world’s teas. The three most important types popular in the UK are:

The birthplace of tea China produces 18% of the world’s tea. Two favorite types are:

Everyone has an opinion on how to make a ‘proper’ cup of tea. The first ingredient must be leaf teas. Not tea bags and certainly not powder. Only black tea is considered real for a cup of tea in Britain. Black tea is the dried and fermented leaves of the tea plant, Camellia sinensis.

Milk in First or Teas in First?

Debate continues about whether to put milk in the cup before pouring or after. Originally milk was always added before the tea to prevent the hot teas from cracking the delicate bone china cups. Tea experts agree with this tradition but also state, pouring milk into hot tea after pouring alters the flavor of the tea.

The right teapot for the perfect cuppa is a matter of personal preference either metal (all early teapots were solid silver, ornate vessels) or China. A metal teapot will keep the tea hotter for longer but some feel that China keeps a finer flavor, with no tainting from the metal. 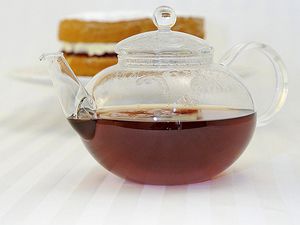 Make a Perfect Cup of Tea Every Time 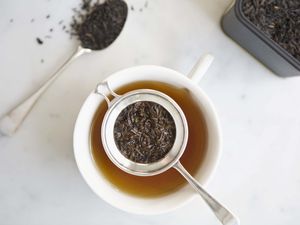 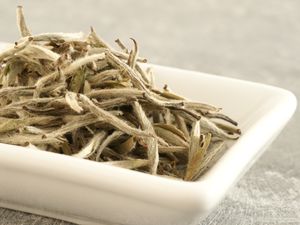