They tried to bury us. They didn't know we were seeds. — Dinos Christianopoulos

Minari is shattering records for Asian and Asian-American representation with a SAG Awards win, 6 Oscar nominations, and 6 BAFTA nominations—winning one Oscar and one BAFTA for best supporting actress Yuh-Jung Youn. One of the movie's draws is the novel juxtaposition of a family of Asian descent farming in America. When picturing a farmer in America, it's understandable most conjure an image very different from Steven Yeun. In 2017, those of Asian descent made up just 0.7 percent of the farming population in the United States, whereas white people made up over 95 percent.

The 1848 Gold Rush attracted an influx of immigrants. Specifically, Chinese farmers sought a new future in America after years of high taxes, floods, and droughts. They brought their deep agricultural knowledge and irrigation techniques from the Pearl River Delta, transforming California's Sacramento River Delta into one of the country's most productive agricultural regions. By 1890, Chinese immigrants made up 75 percent of California's agriculture workers.

Leslie Wiser of Radical Family Farms in Sebastopol, California reflects, “The Sacramento River Delta was just a swamp until the experienced Chinese laborers came and made it what it is today. People think of them as cheap and unskilled, but the Chinese immigrant labor force was highly skilled.”

In fact, one of the most iconic cherries, the Bing Cherry, was developed by a Chinese orchard worker, Ah Bing in Oregon around the late 1800s.

By 1940, almost half of the Japanese American workforce engaged in growing crops on the West Coast contributed to 40% of California's specialty produce, helping to shift the state from dependence on corn and grain to a diversifying spread of vegetable and fruit crops.

Fast forward to 1965, Larry Itliong led a group of Filipino farmworkers in one of the most important strikes in modern history: the five-year Delano Grape Strike. Their eventual partnership with César Chávez formed the United Farm Workers. It is fair to say Filipino American workers revolutionized the farm labor movement in America.

"By 1940, almost half of the Japanese American workforce...contributed to 40% of California's specialty produce, helping shift the state from a dependence on corn and grain to a diversifying spread of vegetable and fruit crops."

The Rise of Xenophobia and Exclusion Acts

At one point, Japanese growers made up nearly 80 percent of strawberry farmers in Los Angeles County. How did we go from that figure to our current standing of less than 1 percent of all agricultural producers?

In tones that echo the xenophobic sentiments behind today's rising rate of hate crimes, as Chinese immigration increased in the late 1800s, so did anti-Chinese rhetoric. Influential newspaper editor Horace Greely wrote, “The Chinese are uncivilized, unclean, and filthy beyond all conception...” and organizations like Los Angeles' Anti-Coolie Club formed “to protect the white people residing in America from Chinese labor in any form, to discourage and stop any further Chinese immigration and to urge the withdrawal of the Chinese from the country.”

This eventually culminated in the 1882 Chinese Exclusion Act which prohibited immigrants from China and forbade legal residents from becoming U.S. citizens. It was around this time that Ah Bing most likely retreated from Oregon, never to be heard from again and almost entirely forgotten if it were not for his namesake cherries.

"Chinese laborers developed Sonoma County, which is now one of the greatest wine destinations of the world. But, as is the pattern of the U.S., this country exploits the most marginalized communities for labor, then drives them out of the country. Asians are the constant scapegoat,” remarks Wiser, “There are very few Asians in Sonoma County now, around 4% of the population. What most people need to understand when they bemoan the lack of diversity here is: it was intentionally created to be that way."

The Chinese Exclusion Act created a demand for new agriculture workers, allowing immigrants from Japan, Korea, Punjab, and the Philippines to step in to fill the void. Unsurprisingly, this too was met with xenophobia; 25 years later the Asiatic Exclusion League formed to advocate for the prohibition of Asian labor immigration.

Additional policies were passed, which prevented immigrants from owning and leasing their own land in several states as well as barring Asian laborers to create mounting obstacles for farmers. Through these hardships, Japanese Americans remained committed, making up a large portion of California’s produce before World War II. Unfortunately, this success made them and their fields a target.

Besides profitable land, Japanese American farmers held valuable farming knowledge which the U.S. government put to work in the incarceration camps. Japanese Americans, under threat of being fined more than 150 percent of their monthly salary, worked the land for a quarter of what farmworkers made at the time. The Department of Agriculture then sold their production, returning none of the proceeds to those forced to work. After the war, the camp locations were offered as homesteads to returning veterans, not the former inmates who developed the land.

Those who returned to their homes after being released from the camps often found their farms raided or land overrun by new suburban developments. Those who were able to keep their land were met with movements to boycott "Japanese" produce, refusal from grocers to sell it, and sometimes open fire.

Given the agricultural history of the United States over the past 173 years, it is unsurprising that production agriculture has seen a dramatic decline in diversity over the past century. 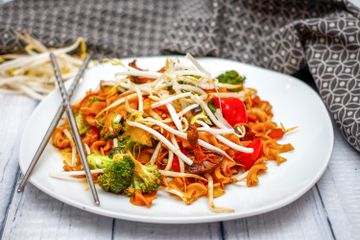 The Growth of Hmong Farmers

Starting in the mid-1970s and continuing through the next couple of decades, immigration from Southeast Asian countries dramatically grew as a result of the Vietnam War, the Khmer Rouge's genocidal reign, and America's Secret War in Laos. This resulted in a 14,000-strong Vietnamese community in New Orleans East as well as Cambodian farming communities in Lowell, Massachusetts, and Fresno, California.

According to Michael Yang, the Small Farms and Specialty Crops Hmong Agricultural Assistant for the University of California's Division of Agriculture and Natural Resources (UC ANR), “There were only 2 things that Hmong refugees carried with them from Laos to America: experience serving the U.S. military and farming.”

Today, growers of Hmong descent make up more than half of all farmers in the Minneapolis and Saint Paul markets, as well as continue to impact areas along the West Coast. Yang continues, “Hmong farmers bring something new to the agriculture area of Fresno. You didn't see ginger and sugarcane in California, but now we have them here.” Hmong and Mien farmers picked up where the Japanese left off with strawberry farming, and by Yang's estimate, grow about 99 percent of the strawberries in California’s Central Valley.

“There were only 2 things that Hmong refugees carried with them from Laos to America: experience serving the U.S. military and farming.”

But their prominence doesn’t come without hardships. “Land ownership is definitely a challenge for immigrant farmers, which is why a majority of them rent and run small farms,” says Ruth Dahlquist-Willard, Small Farms and Specialty Crops Farm Advisor with UC ANR. “A lot of regulations and requirements are set up for large farms. For immigrants with a language barrier and who can’t afford to hire management staff, the paperwork and regulatory burdens are relatively higher.”

In the past few years, we are hearing more stories like that of the previously quoted Leslie Wiser of Radical Family Farms. After a corporate career, Wiser felt compelled to both connect with her Taiwanese and Chinese heritage, as well as create an alternative to the mass factory farms. “I never thought farming would be a viable career. I never saw anyone like me farming,” Wiser reflects, “I think more people in similar situations to where I was, are now feeling it's possible.”

It's not only Asian Americans interested in agriculture who are benefiting from the increased representation. “People tell me that my produce reminds them of their childhood,” Nimai Pandit of Gopal Farms in New Paltz, New York and Cape Cod, Massachusetts recounts. “For immigrants who are now middle-aged, it reminds them of the many veggie varietals they consumed in India before the monocrops of the 1980s and 90s. For others born in America who spent years trying to get rid of this Indian blanket over them, they are now comfortable enough in their identity to rediscover their heritage.”

In 2016, Pandit started producing Indian vegetables to establish the farm and raise funds for dairy production. He took to growing right away, “I've grown up with this food. It's so easy for me to understand what these vegetables are, when to harvest them, and how they should taste. And my customers know too.” It wasn't long before restaurants started taking notice. Culinary icon and sustainable farming thought leader Dan Barber of Blue Hill became Gopal Farms' first client after discovering them at the Union Square Greenmarket.

Pandit observed a concern over health and demand for organic food among the Indian American community since the pandemic started; however, there's very little supply to meet the growing demand. “You don't see many Asian vegetables in Whole Foods,” Pandit remarked.

"...a concern over health and demand for organic food among the Indian American community [arose] since the pandemic started; however, there's very little supply to meet the growing demand."

Despite Minari's bamboo-ceiling-shattering Oscar nods and win, the movie was ineligible to compete in the Golden Globes Best Picture category because over half of the dialogue is in Korean —it won Best Foreign Language Picture— even though it was filmed in the U.S., about life in the U.S., as well as produced and distributed by American companies. This, and the recent rise in hate crimes reminds Americans of Asian descent that they are still seen as others.

Hopefully, through the acknowledgment of Asian immigrant farmers, we can move closer to recognizing how fundamental people of Asian descent have always been to the history and future of U.S. agriculture. Hopefully, others can become another one of us.

On the Fly: Ariana de Leña of Kamayan Farm
Featured Video
Article Sources
The Spruce Eats uses only high-quality sources, including peer-reviewed studies, to support the facts within our articles. Read our editorial process to learn more about how we fact-check and keep our content accurate, reliable, and trustworthy.