A Guide to Buying and Drinking Whiskey

Whiskey is a dark distilled spirit that is made from a variety of grains, including barley, corn, rye, and wheat. It is distilled throughout the world, most popularly in Ireland, Scotland, the United States, Canada, and Japan. There are various styles of whiskey and some countries have regulations that stipulate how it is produced. Whether it's Irish whiskey, scotch, bourbon, or Canadian whisky, it's the most popular liquor in the world and it's used in numerous cocktail and shot recipes. Surprisingly, drinkers in India consume the most whiskey, though the country's own whiskey is rarely exported.

What Is Whiskey Made From?

The word "whiskey" comes from the Gaelic uisge, a shortened version of uisge beatha meaning "water of life," also known as aqua vitae in Latin. Whiskey was originally used as a medicine, both as an internal anesthetic and an external antibiotic.

Distilling techniques were brought to Ireland and Scotland sometime between 1100 and 1300 by monks. Since wine was not easily obtained there, barley beer was distilled into a liquor which became whiskey. The manufacturing of distilled spirits was limited to apothecaries and monasteries until the late 15th century. Whiskey made its way to North America with Irish and Scottish immigrants and has spread across the globe as well.

Though the various styles of whiskey use slightly different methods, all are essentially made in the same way. Whiskey starts out just the same as beer with a mash of grains—commonly barley, corn, rye, or wheat. Some, as in the case of barley, may also be malted. The grains are mixed with water and yeast for fermentation, which converts starches to sugars that become alcohol. Afterward, the beer is run through a still—either a pot still or continuous column still—that heats the liquid into a concentrated vapor. This comes out the other end as a high-proof liquid distillate that is clear.

Almost all whiskey is then barrel-aged for at least a few years. This imparts oak and wood flavors, darkens the liquor, and mellows out the harsh alcohol. After barreling, whiskey is then blended with other barrels or different styles of whiskey and often diluted to bottling strength. Whiskey is typically bottled at 40 percent alcohol by volume (ABV, 80 proof) or slightly higher. Some barrel-strength whiskeys, which are not diluted, may reach 140 proof.

Every style of whiskey and each brand within the style will have different flavor characteristics. In general, though, whiskey has a grainy, woody, oaky taste with notes of caramel, vanilla, fruits, and spice. Some whiskeys have a harsh alcohol burn while others are exceptionally smooth.

Some whiskey styles are highly regulated and others are not. Bourbon, for instance, must meet certain criteria in order to use that name on the label. In contrast, a generically labeled "blended whiskey" can be made anywhere and use any ingredients or production methods. Each style also has its own characteristics, which attracts drinkers of different tastes.

How to Drink Whiskey

There is no wrong way to drink whiskey. The higher-end whiskeys (e.g., really old scotch and specialty bourbons) are often enjoyed straight. Some people like their whiskey on the rocks while others add a splash of water. This can open up the aromas and flavors, particularly of high-proof whiskeys. A shot of whiskey is popular and it's often mixed into shooter recipes.

Whiskey is also found in countless cocktail recipes. That includes simple mixed drinks in which a shot of whiskey is topped with a light soda or cola in an ice-filled tall glass. It's also deftly dressed up with an orange, sugar, and bitters as in the old-fashioned. Manhattans are the whiskey equivalent to martinis and there are many variations on this dinner-worthy style. Whiskey also makes an appearance in sours, creamy and fruity cocktails, and is a favorite for hot drinks, including those with coffee and tea.

Whiskey cocktail recipes are just as diverse as those that use vodka and rum. Some drinks are better with certain styles of whiskey while others are fair game for whatever bottle you have on hand. Since whiskey is so diverse in itself, you will never be bored with tried and true recipes as you explore the various styles and brands available.

There are many hundreds of brands of whiskey, sometimes hundreds within a single category. Many brands offer multiple bottlings as well, so the exploration of whiskey is nearly endless. However, a few brands stand out from the crowded liquor shelves and are the best-known within their respective styles.

Whiskey is a very flavorful liquor and it can bring that to a variety of food recipes. It's most often found in sauces and condiments, such as barbecue and mustard, and used in meat marinades. You'll also find whiskey in salad vinaigrettes, deviled eggs, soups, and chili. It can be incorporated into desserts as well, whether that's a pudding or cake, or in toppings like caramel sauce or cream. 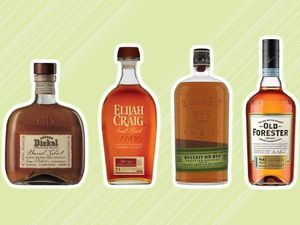 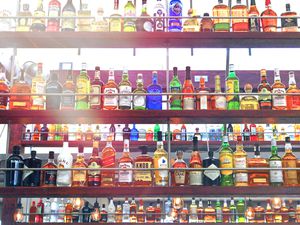