Sure, the great restaurants in Chicago may get all the foodie attention, but where do those restaurants get all their delicious fruits and vegetables? Illinois farms, if they're lucky. A proud farming history, along with a tradition of kitchen gardens and otherwise growing your own food translates to stunning farmer's markets across the state. Anticipation for fresh produce after harsh winters spurs plenty of interest in eating locally, too. Learn how to make the most of available local produce by knowing what to expect when you get to markets, farm stands, and locally connected stores with this handy guide.

Exact crop availability varies year-to-year, as do harvest times, but this summary will help you know when to look for what at markets near you in Illinois. You can also lookup produce by seasons if you want to know what's available to eat right now.

Seasonal Illinois Produce From A to Z 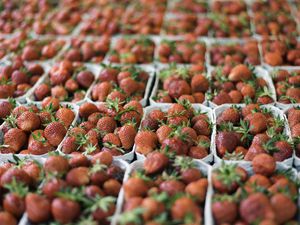