The 3-quart Instant Pot Lux Mini 6-in-1 Pressure Cooker is a worthy little pressure cooker that can still cook dinner for the family. While it may not be able to handle a vat of soup or your biggest roast, it fared well with many family-sized dinners.

Buy on Amazon Buy on Walmart Buy on Sears.com
4.5

Buy on Amazon Buy on Walmart Buy on Sears.com
In This Article

We purchased the 3-quart Instant Pot Lux Mini 6-in-1 Pressure Cooker so our reviewer could put it to the test in her kitchen. Keep reading for our full product review.

We already knew we loved the 6-quart Instant Pot Lux 6-in-1 Pressure Cooker when we decided to take the 3-quart Instant Pot Lux Mini version for a thorough test of all of our cooking needs. We fully expected it to be handy for side dishes and small meals, but we also tested it with a full pound of dried beans, as well as main dish recipes from cookbooks. Is the tiny yet highly rated Instant Pot model worth the reduced counter space it takes? We have that answer.

This Instant Pot comes with a small cooking rack that fits in the stainless steel pot. Though intended for steaming foods or raising cooking dishes off the bottom of the pot, we found that it also worked well as a trivet outside the pot.

Also included are a small measuring cup for rice, a rice paddle, and a spoon. The lid has a removable silicone seal. Before the first use, all cooking components should be washed and dried, followed by a water test. This test shows the cooker is functioning properly and also helps get you accustomed to the cooker’s functions.

The Lux Mini looks like a classic Instant Pot, complete with a center display for the time or for warnings and buttons surrounding that display. It’s a little utilitarian but still attractive enough to be at home on the counter. The top handle was comfortable to use to open or close the cooker. The pressure toggle sets to sealing (for pressure cooking) in the center position, and it vents when turned left or right.

This Instant Pot is UL- and ULC-certified. It has a two-prong, non-grounded electric plug. We were surprised to see that on a countertop appliance, but since the manufacturer built it that way, we’re confident that it’s sufficient.

While the Lux Mini has half the capacity of the 6-quart Lux, it has the same six functions (pressure cooker, slow cooker, rice cooker, sauté, steamer, and warmer) and most of the same preset programs (soup/broth, meat/stew, egg, sauté, rice, porridge, steam, pressure cook, keep warm and slow cook), missing just the cake and multigrain options. Truthfully, we didn’t miss them.

We found that the button we used most was the pressure cook button (labeled “manual” on some other models), particularly when we followed cookbook instructions. It makes sense—cookbooks want to be inclusive and to have a long shelf life, so they avoid instructing users to press buttons that might not exist.

One of the great things about the Instant Pot’s popularity is the vast array of resources available.

One function we thought we might miss was the ability to choose low pressure, but we seldom ran into recipes that asked for the low-pressure setting, and we managed to adjust those with little trouble.

While the steam, rice, and egg buttons are handy to have, they may still require adjusting the time, so it’s wise to check instructions for properly cooking those foods rather than pressing a button and hoping for the best.

While this Instant Pot has a slow-cook feature, even the most enthusiastic Instant Pot fans admit that the results aren’t always perfect. Slow cookers heat all around the sides, but the Instant Pot just heats from the bottom, so it’s much better at slow cooking thin liquids than it is for slow cooking hearty stews. We found heavy stews or thick sauces worked better with a little stirring during slow cooking.

It’s worth noting that you can adjust the temperature (choose between three settings) while on sauté and slow-cook modes. You can also delay-start for up to 24 hours, and the automatic keep-warm option does just that for up to 10 hours.

We originally assumed that we’d be using this little machine mostly for side dishes, so we were quite surprised that many of the main dish recipes we found in cookbooks fit perfectly. The barbecue chicken we cooked had plenty of room to spare, and we had more than enough room for a batch of rice that cooked in much less time than a rice cooker.

We originally assumed that we’d be using this little machine mostly for side dishes, so we were quite surprised that many of the main dish recipes we found in cookbooks fit perfectly.

When we eyeballed a soup recipe, we could tell it was way too much liquid for our little pot, but it was also way too much soup for dinner. Cut in half, it was the perfect amount for both the pot and our bellies. The only slight glitch was when we followed cookbook instructions for one pound of dried beans. There was plenty of space for the beans and water, but when the beans were done we found they were cooked just a little unevenly, with the beans on top a little softer than we prefer. In the end, it didn’t matter for our finished chili recipe, though.

Because of this Instant Pot’s smaller size, some of our existing accessories didn’t fit well. We had to trade our 7-inch springform pan for a smaller pan, and our 6-inch souffle dish barely fit, but it worked. Our silicone steamer basket fit when we steamed beets because the sides squished in, but our stacked cooking baskets were a no.

Resources: More than you’ll ever need

One of the great things about the Instant Pot’s popularity is the vast array of resources available to new users. From a Facebook group run by the company to an app with over a thousand recipes—and shopping lists—the company is very present online. Third-party resources are also available, with new cookbooks being published every day, and multitudes of bloggers posting recipes for their creations.

The stainless steel cooking pot is dishwasher-safe, along with the silicone sealing ring. Other cooking components should be washed by hand.

The Lux series has been around for a while, so the price—particularly that of the 3-quart Mini version—is lower than some of the newer models, making it a very affordable little cooking pot. We have no quibble at all with the cost.

The closest competition for the 3-quart Instant Pot Lux Mini is likely the 6-quart Instant Pot Lux 60 V3 6-in-1 Multi-Use Programmable Pressure Cooker with the major difference being their size. The 6-quart version also includes the missing multigrain and cake buttons. The real decision here is how much countertop or storage space you have and how much food you’ll need to cook at once.

Get it—you’ll be surprised how much you love it.

While we originally thought of the 3-quart Instant Pot Lux Mini 6-in-1 Pressure Cooker as a “second pot” to be used for side dishes, we were more than pleased to discover that we could also cook dinner in it. This might not be the pot we’d choose for making stock from our Thanksgiving turkey, but it’s very handy for everyday cooking. 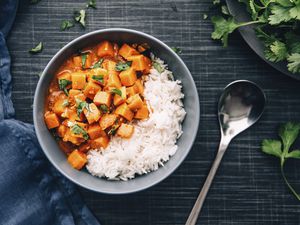 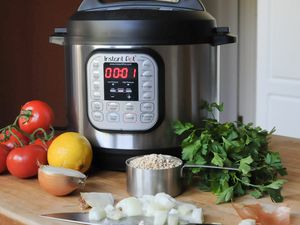 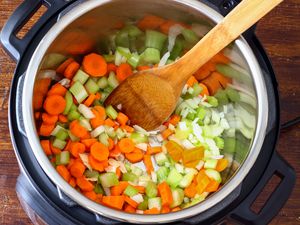 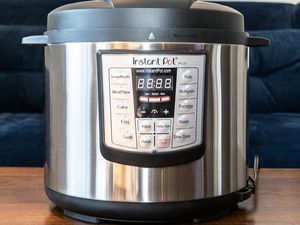 The 8 Best Slow Cookers, According to Our Experts 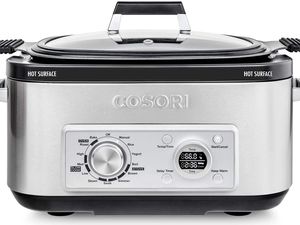 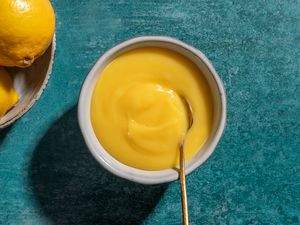 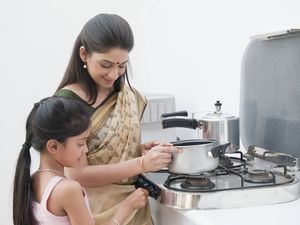 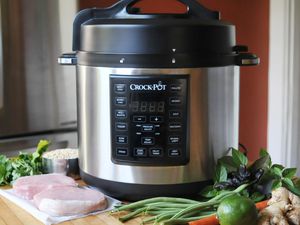