Instant tapioca, also known as quick or minute tapioca, is an excellent thickening agent to use in fruit pie fillings and cobblers. But, if you don't have any in your pantry, one of these substitutes can take its place.

Replace the instant tapioca in a pie or cobbler recipe with an equal amount of arrowroot starch. This will thicken up the filling just as well as the tapioca, and it'll give the fruit a beautiful, glossy sheen. Arrowroot contains the same kind of starch as tapioca, so it's an excellent substitute if you happen to have it on hand. Neither requires boiling temperatures to thicken.

ClearJel is an excellent stand-in for tapioca. It stands up beautifully to both high and freezing temps, and it delivers a pie filling that's just as clear and shiny as what you'd expect to get from tapioca. Replace the instant tapioca called for in your recipe with half as much ClearJel.

This isn't a product that you're likely to find at the grocery store or to have in your pantry (unless you're an avid baker). But it is one that's worth adding. Consider ordering some online, so it'll be available the next time you need to make a pie filling.

Replace the instant tapioca called for in your recipe with an equal amount of cornstarch. Your pie filling won't come out quite as thick and glossy as it would with tapioca, but it'll still taste great. To avoid lumps, mix the cornstarch with the sugar that's supposed to go into your pie filling. Then, add this mixture to your filling. Cornstarch thickens best at high temperatures.

If you plan to freeze your pie, this isn't a good substitute because pie filling made with cornstarch tends to get spongy when it's frozen. Arrowroot or ClearJel are better options if you'll be freezing the finished product.

Wheat flour can replace instant tapioca measure for measure. It thickens when it's exposed to boiling temperatures for several minutes, so it works fine in heated fillings. Expect some small differences in taste, since the flour will contribute its own flavor to the recipe.

One drawback of wheat flour is that it tends to make the filling cloudy. If this is a concern, you may want to use cornstarch instead. Since wheat flour contains gluten, it's also isn't a good substitute, if you're trying to make a gluten-free pie.

Pies thickened with flour tend to separate when frozen. Use Arrowroot of ClearJel instead, if you plan to freeze your pie.

What Is Instant Tapioca Anyway?

Instant tapioca is a product that's made from a root vegetable called cassava. It's ground into fine granules that dissolve easily when added to pie filling and is prized for its thickening abilities. Because it's so finely ground, you don't get the little soft, chewy pearls that are associated with tapioca pudding and bubble tea, and that's a good thing if you're making a pie. To get those, you have to buy pearl tapioca.

Need more help sorting out what each thickener is used for, and when it's okay to swap one for the other? Here's more advice around this tricky topic: 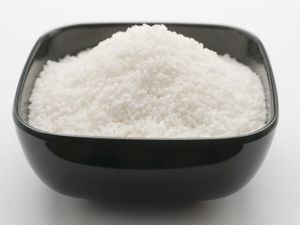 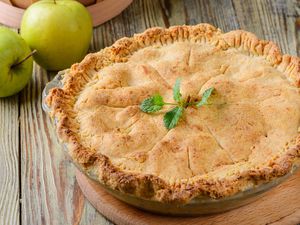 How to Substitute Cornstarch and Flour for Each Other 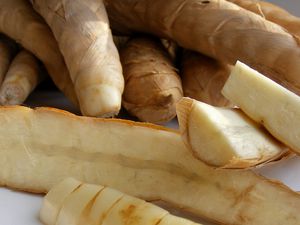 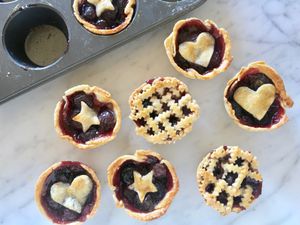 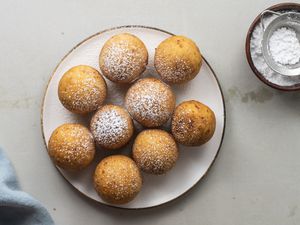 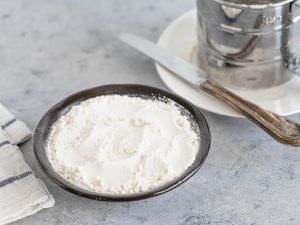 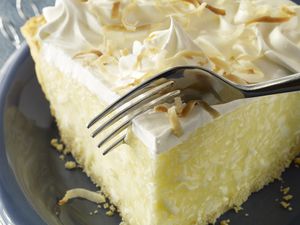