There's no question that you are getting mixed messages on tuna, a saltwater fish that can range anywhere in size from around four pounds to upwards of 1,500 pounds, depending on the species. While U.S. dietary guidelines for Americans 2020-2025 recommend adults eat two servings of fish weekly (pregnant and breastfeeding women should eat up to three servings), some types of tuna and other ocean fish may contain unhealthy amounts of mercury.

Tuna, for its part, is a source of high-quality protein with very little saturated fat. It contains all essential amino acids required by the body for growth and maintenance of lean muscle tissue. Fresh and canned tuna supplies omega-3 fatty acids which are heart-healthy, and which are necessary during pregnancy and infancy for brain and visual development. Tuna is also an excellent source of vitamin B12 and selenium.

For most healthy adults, eating tuna once or twice a week doesn't present a health concern. However, experts suggest that women in their childbearing years, who are pregnant or nursing, and young children all limit their tuna intake. One species, bigeye tuna, should be avoided entirely. That's because mercury can be especially toxic to a developing child's nervous system. The risk is dose-dependent, meaning that babies and children exposed to more mercury are more at risk for problems. Mercury can pass between a mother and her unborn baby.

How Much Tuna is Too Much?

According to 2021 guidelines from the Food and Drug Administration (FDA) and Environmental Protection Agency (EPA), women who are pregnant or nursing, planning to become pregnant, or babies and young children should completely avoid seven types of fish that are extremely high in mercury: shark, swordfish, king mackerel, marlin, orange roughy, tilefish (from the Gulf of Mexico) and bigeye tuna. Something else you may want to consider is that light, canned tuna has far less mercury than canned, white albacore tuna.

Women who are at risk can eat up to 12 ounces (three servings) per week of fish and shellfish known to be lower in mercury content. These include canned light tuna, shrimp, salmon, pollock, and catfish. They should, however, limit themselves to around 4 ounces (one serving) per week of Albacore/white tuna (canned, fresh, or frozen) and yellowfin tuna. This is the amount that a small (5.5 ounces) can of tuna yields after draining. The FDA says children can eat 1 ounce at age 1 to 3, and increase with age up to 4 ounces at age 11.

The bottom line is, tuna (like most things) is good in moderation and not good in excess. If you enjoy tuna, you can include it as a healthy food in your diet. Just make sure not to overdo it, especially if you fall into one of the at-risk groups.

Tuna Recipes
Article Sources
The Spruce Eats uses only high-quality sources, including peer-reviewed studies, to support the facts within our articles. Read our editorial process to learn more about how we fact-check and keep our content accurate, reliable, and trustworthy. 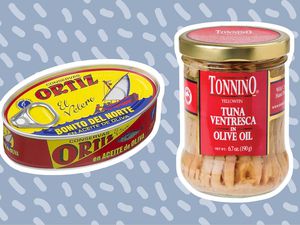 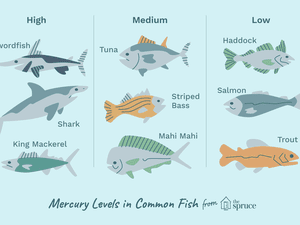 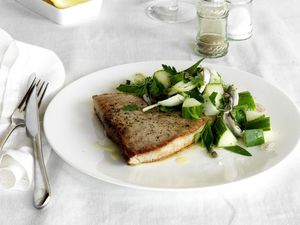 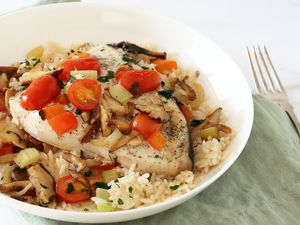 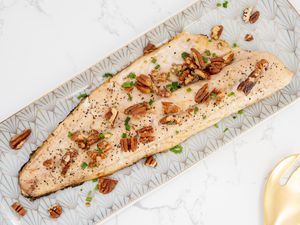 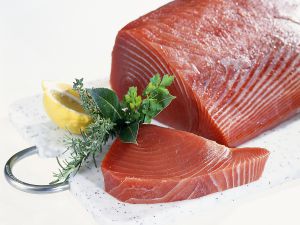 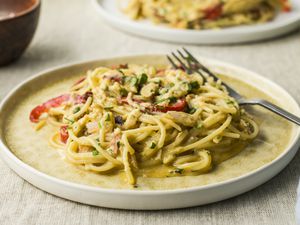 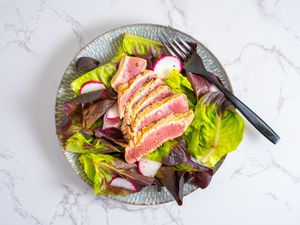 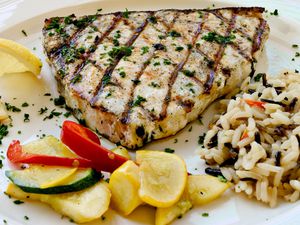 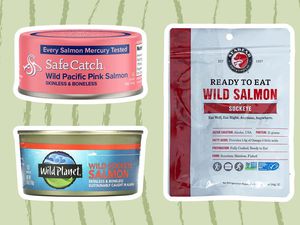