Kamut is a trademarked name for Khorasan wheat, brought to popular consumption in 1990 by Bob and Mack Quinn, a son and father farmer duo out of Big Sandy, Montana. Aside from the name Khorasan wheat, which comes from the Iranian province of Khorasan where the food was first known to grow, Kamut has also been called King Tut wheat, a name stemming from a rumor that the grains were found in the famous ruler's tomb in Egypt.

This ingredient fits into the heirloom grain category, though size-wise it's larger than other wheat. Kamut gets highly prized for containing rich nutrients such as protein, dietary fiber, B vitamins, manganese, and iron, and being easier to digest. Today thousands of products get made with Kamut, from pizza crust to pasta to beer.

The first Khorasan wheat seeds to get planted in America (that we know for sure about) came from farmer Earl Dedan, who got 36 samples of the grain in a chance encounter in Portugal in 1949. His father, Rube Dedan, planted the seeds at his farm in Fort Benton, Montana, and for over six years the crop grew larger until 1,500 bushels were sown.

Lucky for us, as the crop grew, Dedan shared seeds with all sorts of people, and fellow farmer Clinton Stranahan brought a coffee can of the seed to the 1964 county fair in California and passed it out. That's where the then 16-year-old Bob Quinn got it, but it wasn't to be planted in his father's Montana soil until 1977 after Quinn got inspired by a bag of Corn Nuts.

The idea of making a snacking wheat with the large grains of khorasan didn't pan out, but Quinn decided to pursue growing the crop with his father regardless. By 1986, the Quinns had decided to move toward organic farming, and three years later, the entire farm became certified. The Quinns also decided to make a bigger deal out of the khorasan, dubbing it Kamut and trademarking the name. A year later, Arrowhead Mills had adopted the grain, and many other companies followed suit.

What To Do With Kamut

Any way you cook or use whole wheat flour, berries, or full grains, you can do with Kamut. It is, after all, in the same family. However, the kernels prove larger than normal wheat grains with a longer shape and slight hump on one side of the grain. Thanks to the Quinns and their globalization of Kamut, it's found in thousands of products and in the same forms, you get other wheat products in.

If you have a basic bag of Kamut flour, you can use it any way you would use whole wheat flour, be that in pancakes, cookies, roux, bread, and so on. The Kamut bread crumbs on the market prove great for coating chicken or stirring into a bowl of soon-to-be meatballs. If you have the split-grain try adding them to granola, and whole berries should be plumped up and put in grain bowls and salads.

The flavor profile of Kamut mimics your basic wheat, though you may get richer notes of roasted nuts and toothsome texture. You can use it just like whole wheat. Though if you choose to go for the whole grain, keep in mind it's larger, so the chewy nature of the berry gets more pronounced.

Use Kamut anywhere you might see whole wheat flour, wheat berries, or broken grains. It's a hearty ingredient perfect for plumping up a salad or stew and making nutty brown bread for breakfast.

Where To Buy Kamut

Quite a few places have jumped on the Kamut bandwagon, especially if you're looking for flour or pasta. On the noodle side, Eden Organic sells just about any shape of pasta made with Kamut you could possibly desire. Bob's Red Mill doles out Kamut flour and the whole grains, which fall under the company's Grains-of-Discovery line. Arrowhead Mills and Nature's Path makes a puffed Kamut cereal, and Shiloh Farms has Kamut flakes, a great item to add to granola or in the topping of a fruit crisp.

You can find Kamut products easily online, or check out the local health food store. Usually, if the shop sells ancient grains, Kamut will be one of them.

Keep all types of Kamut in air-tight containers. Organic, heirloom grains can get damaged with too much moisture, and it's a good idea to also keep your sealed bag or container in the fridge. Pay attention to use-by dates, there's nothing quite as unappetizing as trying to make pancakes with expired flour.

There's only one variety of Kamut, but it does come under different names. The most common moniker is Khorasan wheat, dubbed after the main Iranian region it originated in. We have also seen it called camel's tooth, King Tut's wheat, and prophet's wheat.

Another Ancient Grain: Buckwheat Makes a Gluten-Free Substitution for Wheat 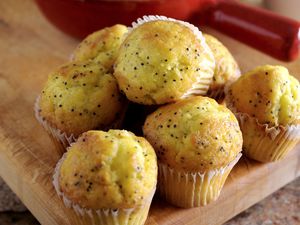 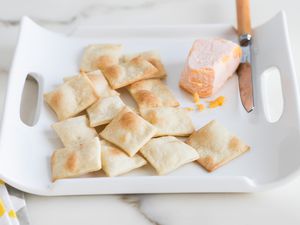