A Guide to Buying, Cooking, and Storing Lutefisk

Kari Diehl
Kari Diehl
Freelance food writer who specializes in Scandinavian cuisine and is the author of "The Everything Nordic Cookbook."
Learn about The Spruce Eats' Editorial Process
In This Article

Lutefisk is a Scandinavian food tradition that was imported to the United States. As a Christmas delicacy, it is even more popular in the U.S. than it is in the Scandinavian countries of Denmark, Sweden, and Norway, or in Finland.

Most Popular Use: United States

Literally meaning "lye fish," lutefisk is a dried stockfish (normally cod or ling, but haddock and pollock can also be used) that has been brined in lye, soaked to remove the resulting caustic solution, and then steamed until it flakes. The end result looks and feels gelatinous. Traditionally, it is served with warm cream or butter sauce and enjoyed with copious amounts of beer or aquavit.

Its genesis is credited to the Norwegians, but it's a dish that's served across the Nordic countries and parts of North America where those immigrants typically settled. It is called lutefisk (in Norwegian) or lutfisk (in Swedish), ludefisk (in Danish), and lipeäkala (in Finnish).

It is believed that lutefisk became a Christmas tradition as a result of the Catholic restriction of meats that required fasting on various designated days and weeks. Fish and porridge were the substitution foods. During the four Advent weeks preceding Christmas, dry fish was most widely available, and lutefisk became identified with Christmas because of these circumstances.

It's not a common item to find in the store, and it's definitely not domestic, although an excellent fishmonger or specialty purveyor may have it. Consequently, it's not a cheap fish to eat.

Salt cod, which is basically codfish cured in salt and then dried, is similar in concept but has a couple key differences. Lutefisk is dried to be preserved because salt simply wasn't in abundance in Scandinavia. Another major difference is that the salt cod is not reconstituted in lye.

How to Cook With Lutefisk

Recipes tend to vary in terms of what is needed to prep the fish before you cook it. Some say to let it soak in cold water for a few hours up to overnight; others suggest salting and letting it stand for a short period of time. Most agree that you should put it in a bowl and give it several changes of cold, fresh water, and keep it in the fridge until you're ready to serve it.

Before lutefisk is cooked, sprinkle or rub it with salt. If skin is attached, you can remove it before cooking. Otherwise, cook the fish skin-side down. Sometimes it's cut into serving pieces before cooking.

Lutefisk is available fresh, frozen, and vacuum packed. It is a delicate fish and therefore tends to flake apart easily, so the cooking methods should be gentle in order to preserve the texture. Baking, steaming, braising, and poaching are all good ways to prepare it. Butter and salt figure prominently in the preparation of lutefisk, across Scandinavia and the U.S.

Typically, depending on where you consume it, lutefisk is served with side dishes such as peas and/or boiled potatoes, and sometimes bacon, meatballs, mustard, and/or a béchamel make an appearance. Norwegians serve it with lefse, a soft traditional flatbread made from potatoes, flour, and milk or cream.

A word to the wise: Don't cook it in aluminum, as it will darken the pot or pan.

Lutefisk tends to be divisive. There are those who revere its smooth, supple, delicate taste, and others who think it's too fishy and can't get past the gelatinous texture. One might say that it's more about the butter and cream than it is the fish itself—after all, so many foods are vastly improved by butter and cream.

Where to Buy Lutefisk

This is not your run-of-the-mill ingredient, but if you live in an area where there's a concentration of Scandinavian descendants, such as the upper Midwest (especially Minnesota) or western Canada, you will probably be able to find it in a small specialty purveyor or deli that caters to foods of the region. Otherwise, lutefisk is available online from various importers who specialize in Scandinavian fare.

In many other parts of the world, salting was the way to preserve fish, but because Scandinavia lacks major salt deposits, drying became the method of choice. Typically it would be put in strong lye for a couple of days, followed by clean water to make it as soft as you want.

Refrigerated, fresh lutefisk will keep for up to one week, and it may also be frozen. (It used to be stored in snow before there was indoor refrigeration.) Lutefisk is nowadays available sold fresh, vacuum packed, and frozen. Frozen lutefisk is thawed before cooking; try to use it within a day of defrosting for optimal texture. 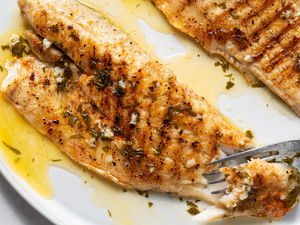 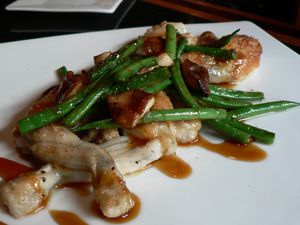 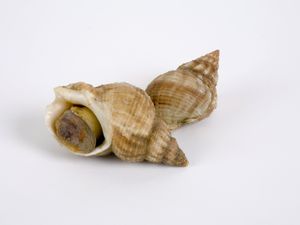