Lychee liqueur is a sweet distilled spirit flavored with lychee (or litchi) fruits. Featured in Asian cuisine for over 2,000 years, the tropical fruit has a lovely and distinctive flavor. However, it wasn't until the 2000s that a handful of liquor producers started promoting lychee liqueur extensively. It's most often produced in France and Netherlands. Brands like Giffard and Soho make excellent lychee liqueurs that are widely distributed, and several boutique liqueur makers offer them in select markets as well.

Drinkers in Japan and France likely consume the most lychee liqueur, though it is enjoyed worldwide, from Europe to Australia and the Americas. A fantastic addition to any bar, lychee liqueur is a brilliant cocktail mixer, and it's most famously used to make lychee martinis.

How Is Lychee Liqueur Made?

The lychee nut is a tropical Asian fruit that's native to China and cultivated elsewhere in the world today. Also called an alligator strawberry, the nut has a strawberry shape and bumpy red outer shell that protects the sweet, sticky, white fruit that holds a seed. That little white globe of fleshy fruit is the object of desire in food and drinks.

The exact process of making lychee liqueur varies, and producers are often secretive about the specifics. The basic method is similar to other liqueurs: The fruit flavor is extracted and blended into a base liquor and a sweetener. The liquor is often something neutral, like vodka or brandy. Producers may make juice from the lychee fruits, infuse it directly into the spirit, or extract the flavor into a syrup. In some lychee liqueurs, you'll find extra flavors that subtly accent the lychee.

Lychee liqueurs are typically clear or pale pink (the color of rosé wine). Though rare, a few are a deep, rose-like red, most likely due to coloring additives. They're bottled between 18 percent and 21 percent alcohol by volume (ABV, 36 to 42 proof).

Lychee liqueur is sweet, fruity, and aromatic with a light alcohol kick. Like the fruit, the taste is unique; an intoxicating juicy mix of acidic grapes with hints of watermelon, strawberry, and lovely florals.

Where to Buy Lychee Liqueur

Lychee is not the most popular flavored liqueur on the worldwide market. You may have to hunt it down at larger or specialty liquor stores that offer a more extensive selection of spirits. Online stores are a great option if it's legal to ship liquor where you live.

How to Drink Lychee Liqueur

Unless it's well-chilled and served over ice, most lychee liqueurs are too sweet to drink straight. Instead, top it with a seltzer or tonic water. It's best to reserve this liqueur for cocktails, and it's fun to explore its potential as a drink mixer.

For spirits, you'll find many lychee cocktails that feature vodka and rum. It's also ideal for tequila and sake drinks and pairs nicely with other light fruit-based liqueurs like Midori. With its softer flavor, lychee will likely not stand up to heavy flavors or dark spirits, so keep things light, and you'll enjoy some amazing cocktails.

To start your lychee cocktail journey, try a few recipes that specifically call for the liqueur. You can also use it as a substitute in drinks that use lychee syrup or juice or to replace fresh lychees and the drink's sweetener.

Ever since lychee liqueur gained a greater showcase in the modern bar, many brands have come and gone. Some lychee liqueurs are only available in certain countries, while others (primarily from big liquor companies) enjoy global distribution. Brands like Giffard, Kwai Feh, and Soho are the easiest to find, especially in the U.S. Don't hesitate to pick up an unfamiliar brand because there are some great surprises that are an absolute delight to drink.

There is no great fruit liqueur substitute for lychee liqueur in cocktails because the flavors tend to be too bold to replicate the soft taste of lychee. Some cocktail recipes may work with strawberry or watermelon liqueurs, though the flavor will change drastically.

If you cannot find lychee liqueur, the best alternative is to make lychee liqueur at home. It's incredibly easy, and canned lychees are available at most Asian food markets. You might even find the fresh fruit if the season is right (typically June and July). Preparing fresh lychees is a bit tedious, but the taste is worth the effort. Alternatively, you can use lychee juice or purée.

Top 9 Asian-Inspired Cocktail Recipes for Your Next Party 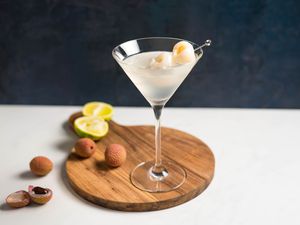 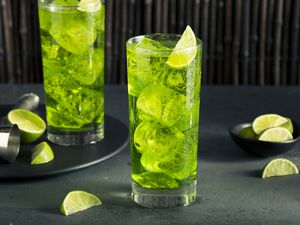 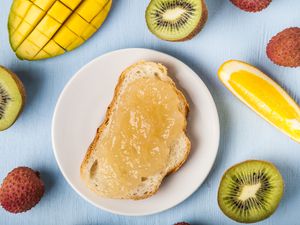 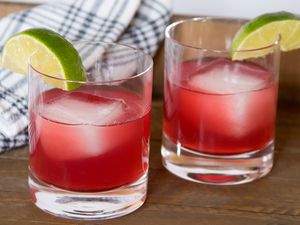 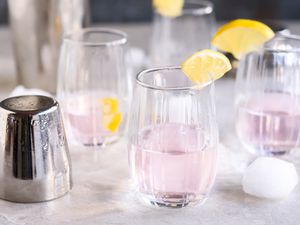 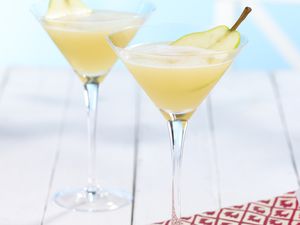