What Is Madeira Wine?

Madeira is a long-lasting fortified wine that is made on a small Portuguese island of the same name. It is often served as an aperitif or dessert wine depending on the level of sweetness and is used in cooking, especially for making sauces. Madeira tends to have a rich flavor with nutty and caramel notes. Since it is fortified with brandy, it is a high alcohol wine. Madeira is classified according to a number of designations, including vintage, grapes used, and sweetness. There are a few variations on the production method, but Madeira must be oxidized and heated (a process called "maderization," named after the wine). This makes for a fortified wine that can last for centuries.

Madeira and Marsala wine are frequently mistaken for each other thanks to their similar names, flavor profiles, and uses. Marsala is a fortified wine made in Sicily that is subject to similarly strict regulations to ensure quality and is also classified by its sweetness, grapes, and vintage. Marsala is not, however, subjected to forced oxidization like Madeira, and an open bottle will last about a month rather than a year. The two can often be substituted for each other in cooking as well as when served as an aperitif or dessert wine. Select a similar quality Marsala that has the same level of sweetness. 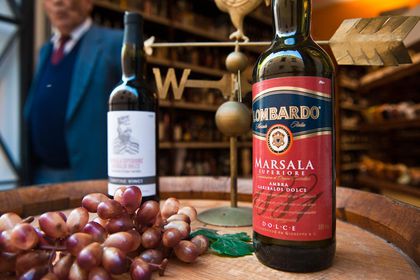 Madeira wine is available in varying levels of sweetness: seco (dry), meio seco (medium dry), meio doce (medium sweet), and doce (sweet). Most Madeiras have at least some sweet notes thanks to the maderization process. All Madeira is subjected to heat to develop its signature caramel notes and extend its shelf life. Mass-produced Madeiras use estufa, large tanks that heat the wine consistently for three months. This simulates a longer process but can produce a burnt flavor. High-end Madeiras are aged in oak barrels in a heated room for several years, with some makers using only solar heat.

In addition to rich notes of caramel, honey, and brown sugar, Madeira is often nutty, herby, spicy, earthy, with flavors of orange peel, coffee, and dried fruit. Thanks to much of the ocean side location of many vineyards, the wine also has hints of salinity. The nose tends to carry caramelized notes at the forefront. The medium-bodied wine is medium to low in tannins, depending on the grapes used and its hue.

Authentic Madeira is only made on the small Portuguese island of Madeira. The grapes come from the island and from mainland Portugal and vary in growing conditions and harvest seasons. The island of Madeira is incredibly hilly, creating steep, rugged vineyards with volcanic soil. Some Madeiras use a blend of grapes, while others are considered single varietal. The most common include:

Madeira food pairings depend greatly on the type and sweetness of the wine. Dry Madeira makes a good aperitif and pairs nicely with creamy soups like lobster bisque, rich sheep's milk cheeses, and fatty meat like duck confit. Sweet Madeira makes a lovely dessert wine similar to port, and pairs well with desserts like a rich chocolate tart or spice cake with caramel frosting.

Madeira is available at high-end liquor stores and wine shops. If you don't find it in your local store, ask them to order you a bottle, specifying the sweetness, vintage, and grape you would like. Higher-end bottles can be harder to find in stores but are available online. If you can't find Madeira, try a Marsala or sherry with similar sweetness.

How to Properly Pair Dessert Wine and Cheese 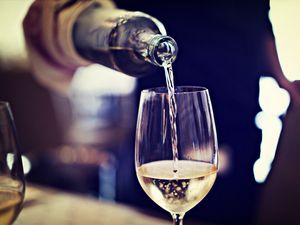 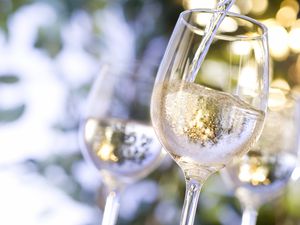