Maren is an avid cook and recipe developer with a passion for beautiful, delicious food with plenty of bright, fresh flavors. Though her cooking is influenced by her Midwestern and Scandinavian heritage, she loves cooking with Italian and Asian ingredients, influenced by her time spent in Bologna and northern California.

Maren started her career in food as a line cook during the summers between college semesters. After graduating, she moved to New York City and worked as an Editorial Assistant and later Assistant Editor at Food & Wine. After moving to the Bay Area in 2015, she assisted various food stylists on shoots for The New York Times, Williams Sonoma, Fitbit and more, created a series of recipe videos for Sunset, and tested recipes for Good Eggs, among other projects. Since moving back home to Minneapolis in 2020, she's now a food stylist and recipe developer for clients like Target, Macy's, Food Network Magazine and more. 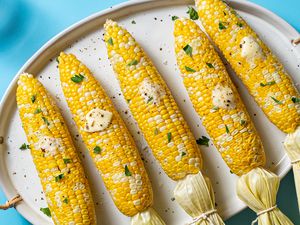