View On Amazon View On Sears.com
4.2

View On Amazon View On Sears.com
In This Article

We purchased the Max Burton 6400 Digital Choice Induction Cooktop so our expert reviewer could put it to the test in her home. Keep reading for our full product review.

Induction burners like the Max Burton 6400 Digital Choice Induction Cooktop are great for big holiday gatherings or for outfitting a mobile or temporary kitchen in an RV, dorm, or workspace. But portability aside, what really makes these burners a boon is their induction technology.

Here’s how it works: The burners run electricity through a magnetic coil under a glass cooking surface, which creates a magnetic field that makes the electrons in the pot set on top generate heat. This means pots and pans are heated directly so heating is far faster than with gas or electric cooktops, and the surface around the pot stays fairly cool, which is a great safety feature.

As more consumers embrace induction cooking, more manufacturers are bringing models to the marketplace. We tested a model from one of the top induction cooktop brands to see if it lives up to its workhorse reputation. Keep reading to find out how it performed.

Interested in checking out more reviews? Take a peek at our roundup of the best induction burners.

Setup Process: Just plug it in

Like most other induction burners we tried, there’s no secret to getting the Max Burton set up. Just plug the cord into a 120-volt outlet, and you’re good to go. However, the manual recommends not sharing the outlet with other appliances, and it’s important to position the burner at least 4 inches from walls in order to give it plenty of room for airflow to keep the burner from overheating.

Those who like a clean, easy-to-navigate design will gravitate toward the Max Burton. It’s pleasantly utilitarian, like something you’d find in a commercial kitchen. The control panel is slightly angled down, making it a bit easier to see and also giving it a little protection from being damaged by heavy pans being set on the cooktop. There are only a few buttons to choose from, and they’re intuitive to use.

The Max Burton 6400 is also very portable. It’s just a few inches bigger than a standard piece of paper and stands just over 2 inches off the countertop. It easily fits into our cabinets and could even be tucked into a drawer. At just over 6 pounds, it’s very lightweight, which means it’s no trouble to move it around the kitchen or pack it up for trips.

The surface is made from easy-to-clean glass. It only needs a wipe with a soapy sponge to stay clean. And since the burner only gets hot where the pan comes in contact, any spills we made didn’t get baked on. Since it has the angled control panel, there is a border around the cooktop that can attract some grime, but we still found it easy to clean.

Induction burners will only work with cookware made with iron and with a specific bottom diameter (varies based on model) so that enough of the pan can come in contact with the burner. Cast iron, enameled cast iron, and stainless steel or aluminum pans that are made to have a magnetic bottom will all work.

Before testing, we simply put a magnet on the bottom of our pots and pans to see if it stuck. Most of them worked, but we had two stainless steel sauté pans that seemed magnetic but didn’t work with the burner. We suspect their magnetic properties just aren’t strong enough. Also, Max Burton recommends using cookware with a bottom diameter of no less than 4.5 inches and specifies not to put more than 50 pounds on top.

It’s pleasantly utilitarian, like something you’d find in a commercial kitchen.

According to the manual, this cooktop offers a wattage range of 500 to 1800 watts, and a temperature range of 100 to 450 degrees. That’s a little confusing, though, because another brand we tested specified that its wattage output could go even lower—down to 100 watts—but its temperature range started higher at 140 degrees Fahrenheit. It seems that the Max Burton achieves its low temperatures by cycling the wattage on and off rather than throttling it very low. Either way, the Max Burton is able to go low enough to just keep foods warm and can do it with the touch of one button.

It only took eight minutes and 40 seconds to bring 2 quarts of water to a boil.

The Max Burton features a Heat Mode, which assigns numbers 1 through 10 to the heat levels it offers. Or you can select Temp Mode, which offers 15 temperature settings in degrees Fahrenheit starting at 100 degrees and going to 450 degrees in 25-degree increments. With so many levels, it felt like we had a good amount of control in how much heat we used, especially at the upper end of the heat spectrum.

Still, the temperature settings are really just a guide since they’re measuring the temperature at the base of the cookware where it touches the burner, not the actual food inside. We heated both water and oil (separately) to see how accurately the setting reflected the temperature of the liquid. The liquid was always at least 10 degrees higher than the setting. We found it’s better to use the settings to help us get a general gauge of how much heat to apply rather than use them as a precise end goal.

The biggest advantage of this induction burner is how fast it heated up our pots and pans. It only took eight minutes and 40 seconds to bring 2 quarts of water to a boil using the “boil” button, which sets the burner to its highest power level with one touch.

We boiled two different skillets of water to see how large of a heating area the Max Burton produced and if it had any hot spots. We found that its induction ring was 5 inches in diameter and it produced a hot spot when we used a cast iron skillet. The hot spot didn’t appear when we used an induction-friendly aluminum skillet.

We also noticed the quality of the pan and its materials determined how evenly the burner heated. Our cast iron skillet definitely didn’t allow the burner to heat evenly, but our aluminum nonstick skillet with a magnetic bottom did a much better job.

When we first used the Max Burton 6400 we could detect a faint high-pitched buzz that drove us nutty—so much so we nicknamed it the “head scrambler.” We weren’t sure if this was a flaw specific to this particular unit or to all of them, but other reviews we found online didn’t mention an annoying buzz. On subsequent uses, however, the buzz went away. We’re not sure if it was the cookware, the outlet, or just a fluke, but we haven’t been able to recreate it since.

Other than that initial issue, the Max Burton was actually the quietest of the three burners we tried, with a fan noise that was about as loud as a computer fan. However, the beeps it emits when we press buttons are quite piercing.

Since the Max Burton 6400 doesn’t have a wide menu of extra features, it’s incredibly easy to use. There aren’t a bunch of buttons muddling things up or menus to navigate. Still, it does offer two one-touch buttons that are really convenient. The “boil” button means you can simply hit that one button and blast the highest level wattage from the get-go. At the other end of the spectrum is the “simmer” button, which automatically sets the burner to the lowest level. These are not highly essential, but they are nice to have.

In addition, there’s a lock button, which is handy if you want to prevent accidentally turning it on, and a countdown timer that can be set for up to 180 minutes. The unit will automatically turn off after three hours of continuous use, or you can use the timer to buy 20 more minutes of time. If you want to slowly simmer something all day, however, you’ll have to remember to reset it again.

We did notice that the Max Burton resulted in a significant hot spot when using a standard cast iron skillet.

Like other induction burners we’ve tried, the Max Burton will automatically shut off if the cooking surface overheats. It will also beep and display an error code if no cookware or the wrong kind of cookware is detected. This is a nice feature so you don’t end up wondering why your pan isn’t heating, but it also means when we lift the pan off the burner to scrape out the contents into a bowl, or to toss ingredients we’re sautéing, it will loudly beep and flash the error until we place the pan back on the burner. Luckily, it resumes heating so we don’t have to start all over again with the settings.

While the list price is around $200, the Max Burton 6400 tends to retail for right in the middle of the pack price-wise at around $80 to $100. Sure, there are cheaper burners out there that cost closer to $50, but they don’t have the one-touch boil and simmer buttons. And of course, there are far more expensive burners with many more features that cost $150 and up.

The Max Burton 6400 and the Duxtop 9600LS (view on Amazon) have a very similar utilitarian design with a slanted control panel and both can be found for around $100. Both offer 1800 watts of power, but the Duxtop can go all the way down to 100 watts and has 20 power and heat levels instead of 10 and 15, respectively. Both have one-touch buttons for the lowest and highest power settings. However, the Duxtop has a 10-hour timer, giving users the option of slowly simmering something all day or all night. However, while the Duxtop offers slightly more functionality, this Max Burton model is about a pound lighter.

Not bad but not outstanding.

The Max Burton 6400 Digital Choice Induction Cooktop is lightweight, compact, portable, and easy to use, offering a couple of bonus one-touch buttons. It brings water to a boil super fast but its lowest temperature settings aren’t quite as incremental as we’d like, and you can’t simmer all day without resetting the timer. 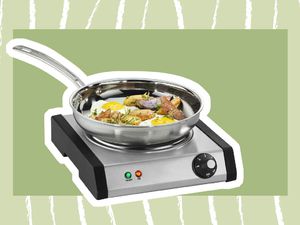 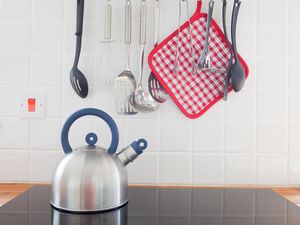 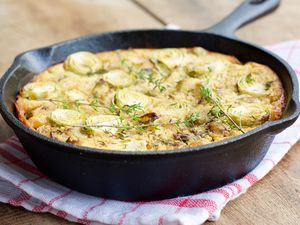 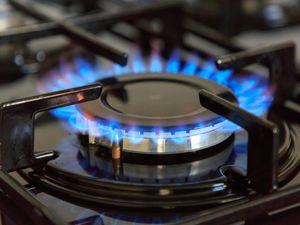 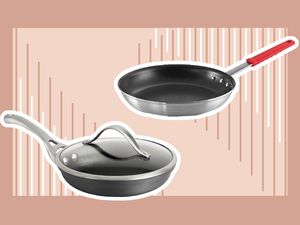