Sangria is a traditional Spanish drink that combines wine with fruit, a little sugar, and one or more spices. It was introduced to the U.S. at the World's Fair in New York in 1964, and the rest is history. It's now one of the most popular party drinks in America and around the world as well.

Vineyards reigned supreme in Spain during the early centuries BCE. Invading Romans found miles of nicely maturing grapes here around 200 BCE, and they began importing Spanish wines, particularly the superior red wines when tensions between the countries settled down. Spanish wines were introduced to the rest of Europe, and sangria was soon to follow.

The wine is sangria's most critical ingredient, and it's the basis for this drink's origin. Water wasn't always safe to drink in those days, and the alcohol in the wine could be trusted to banish any bacteria. Then someone got the inventive idea of adding fruits and spices to the wine to liven it up. Technically, the Spaniards referred to any wine punch as sangria, and versions of the popular drink have proliferated since then. Most include brandy, but you can experiment with different liquors and even a variety of fruits, juices, and spices.

This Mexican version of sangria is a fruity concoction with a higher alcohol level that makes it great for pairing with spicy foods. Always use a decent wine when making sangria because the wine will be the drink's most prominent flavor. Tradition calls for red wine.

Any pitcher will do, but a traditional sangria pitcher will add flair to your party and serve a purpose—these pitchers have a pinched lip specifically designed to prevent fruit and other solids from spilling out into the glasses.

16 Sangria Recipes for Every Season 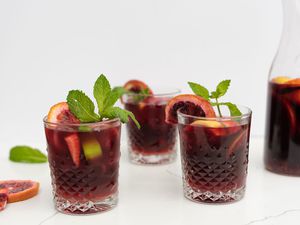 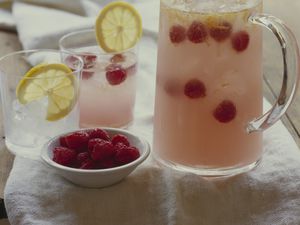 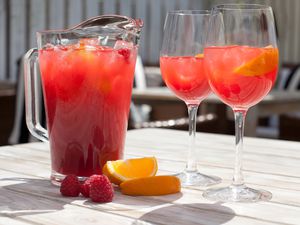 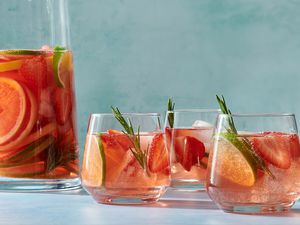 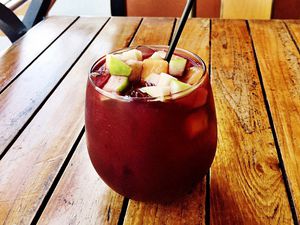 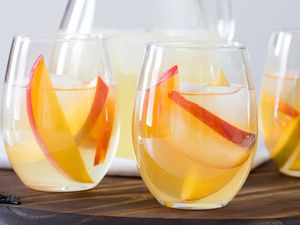 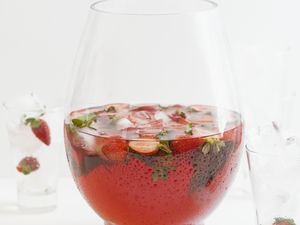 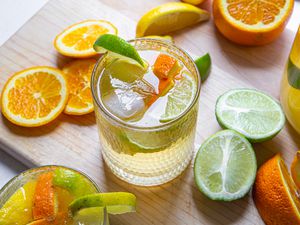 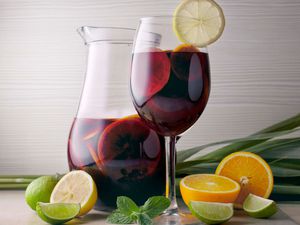 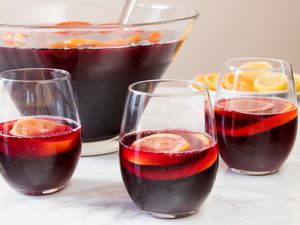 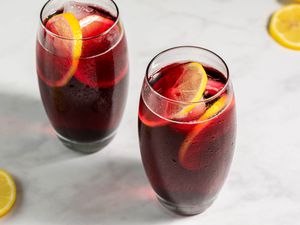 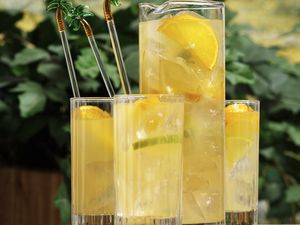 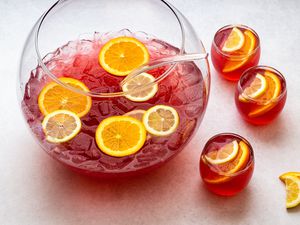 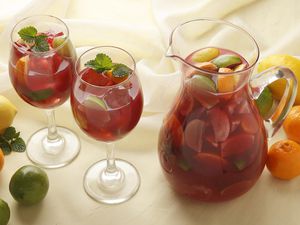