How Monkey Coffee Is Made and How to Drink It

Monkey coffee is a rare type of coffee bean from India and Taiwan. Though it's sometimes called monkey poop coffee, the name "monkey spit coffee" would be more appropriate. The rhesus monkeys and Formosan rock macaques who help "process" the beans do not ingest them. Instead, they chew and spit them out onto the ground for people to pick up. That makes monkey coffee more pleasant to think about than so-called "poop coffee," which is digested by animals like Indonesia's palm civet.

Though few people get to taste it, monkey coffee is supposed to produce an excellent cup of coffee to drink, with a sweet, complex taste. Like other specialty coffees, it is expensive and hard to find.

Monkey coffee is primarily a product of Taiwan and Chikmagalur, India. Coffee farms in both areas are sometimes located alongside forests or interspersed with other plants that grow well with the shade-grown coffee plants. In Taiwan, Formosan rock macaques naturally inhabit these forests, and in India, rhesus monkeys are the resident primates. The monkeys visit the coffee crops fairly often, and farmers can do little to avoid them, so they turned the pest into a tool to produce gourmet coffee.

The seed inside the coffee bean fruit (or cherry) is what is commonly known as the coffee bean. Monkeys are instinctively drawn to the ripest, sweetest coffee cherries growing on coffee estates. They select the best coffee cherries, pick them, chew them leisurely for a few minutes, and then spit the remainder of the fruit and the parchment that surrounds it onto the ground. Workers painstakingly harvest the chewed seeds, which are then rinsed, washed, processed, and dried. The dry beans look gray (rather than the usual green color of raw coffee beans) and sometimes have tooth marks from the monkeys. After drying, the coffee beans can be roasted and then sold like other commercially available coffee beans.

The cultivation of monkey coffee is a relatively new practice. In the past, monkey-chewed coffee beans were rarely collected and seen as natural waste. Since the early 2000s, several coffee producers have collected the chewed seeds to process for sale on the international market as a specialty coffee akin to civet coffee.

Brewing monkey coffee is just like brewing any other coffee. However, monkey coffee tastes very different from typical coffee. The monkeys' saliva breaks down enzymes in the beans and changes the overall flavor profile. Monkey coffee is sweeter and more complex than most coffee. It holds the full spectrum of coffee flavor notes, including chocolate, citrus, and nuts, though vanilla tends to stand out. The coffee has a heavy body, a pleasant round acidity, and only trace amounts of bitterness.

The high regard that comes with monkey coffee means you likely won't want to drink it as your regular morning coffee. Instead, save this one for a special occasion, such as a dinner party, or share it with a few coffee-loving friends on a quiet afternoon.

How to Drink Monkey Coffee

Due to its high price tag and rarity, it's best to enjoy monkey coffee without any additives, such as creamer, milk, or sugar. Serve this coffee black and savor the subtle flavor nuances in each sip.

For the brewing method, consider something other than a drip coffee machine. Pour-over brewers, an AeroPress or French press, or a moka pot will create a richer cup of coffee and showcase these prized beans in the best way possible.

Monkey coffee has what most coffee connoisseurs would describe as the perfect amount of acidity. The caffeine content depends on the various factors that affect all coffee beans: the variety of coffee grown, the roast, and the brewing method. Arabica beans account for most monkey coffee, and these contain less caffeine than robusta coffee beans. Additionally, the longer a bean is roasted, the more caffeine burns off, so dark roasts have less caffeine than lighter roasts. Typically, monkey coffee is found in a light to medium roast.

How you brew the coffee makes a difference as well:

Monkey coffee is not cheap. Since its production is dependent on monkeys (as well as all the usual environmental factors involved with farming), the availability changes drastically. It's not unusual for coffee producers to have far less than 100 pounds available for an entire year, and there are not many who specialize in monkey coffee. It retails for several hundred dollars per pound and can easily cost around $10 per cup of brewed coffee. Monkey coffee is scarce and hard to find. Specialty coffee roasters may sell it directly from their website or through high-end coffee retailers.

Do not confuse monkey coffee and "monkey" branded coffee. The animal is often used as a brand name in the coffee market, though rarely with actual monkey parchment coffee.

Monkey coffee must be stored properly to maintain its freshness. Keep it in a cool, dark, and dry location inside an airtight container. The pantry or a cabinet away from heat sources are good locations. Moisture and humidity will degrade the beans, so avoid storing coffee in the refrigerator or freezer.

Kopi luwak, or civet coffee, is also commonly called "cat poop coffee." It's another animal-processed gourmet coffee bean that's both rare and expensive, with an exquisite taste not found in normal coffee beans.

Unlike monkey coffee, civet coffee beans do involve an animal's poop. They are eaten and digested by a catlike mammal known as the Asian palm civet in Indonesia, then collected from its feces. In terms of taste, both are smooth and rich. Those who have tasted both coffees say that monkey parchment coffee has a deeper, more complex flavor.

Civet coffee is more readily available and not quite as expensive as monkey coffee. However, there are reports of people exploiting and abusing captive civets in order to produce the coveted beans. There is also concern that the animals' injuries contaminate the coffee beans and, in the least, alter the flavor. For this reason, it's best to look for coffee from wild civets. 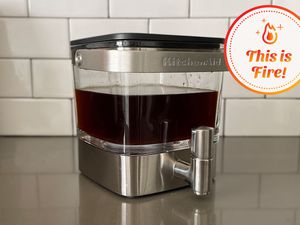 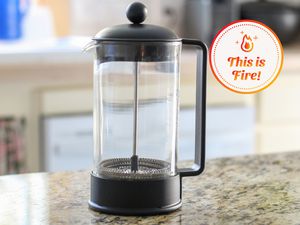 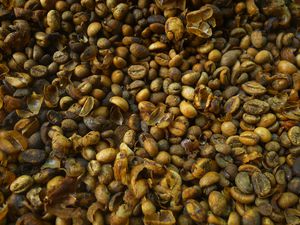 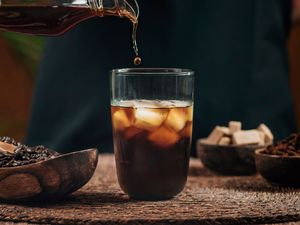 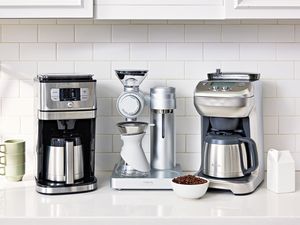